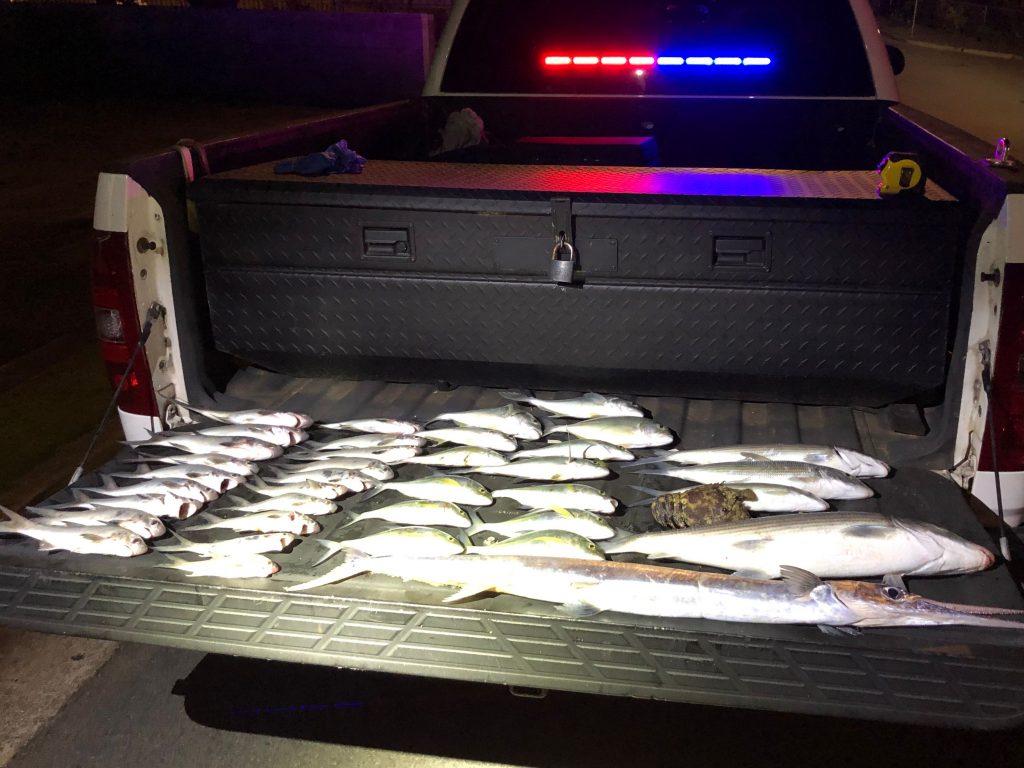 When they arrived on the scene just after 7 p.m. DOCARE officers observed what appeared to be floats stretching end-to-end just outside of the lagoon. An anonymous person told them about a truck that the floats had come from. A short time later a man was observed leaving the truck and headed out to the floats. He then came back to shore and met the other men, who officers say had containers of large nets. They then were seen throwing everything into the truck and attempted to leave the area.

DOCARE contacted them and found multiple lay nets in the truck’s bed along with fish and one lobster. They allege one man placed the nets with the assistance of the others.

They are charged with possession of multiple species of undersized aquatic life, including Moi, Papio and Ō’io. They were also had an out-of-season lobster that was returned to the water.  Along with the nets and other gear, the dead fish were photographed for evidence. Several pieces of non- regulated species were also taken. It is illegal to lay nets on Oahu South Shore from Kawaihoa Point to Keahi Point.

The following individuals are scheduled to make court appearances in Honolulu in July.