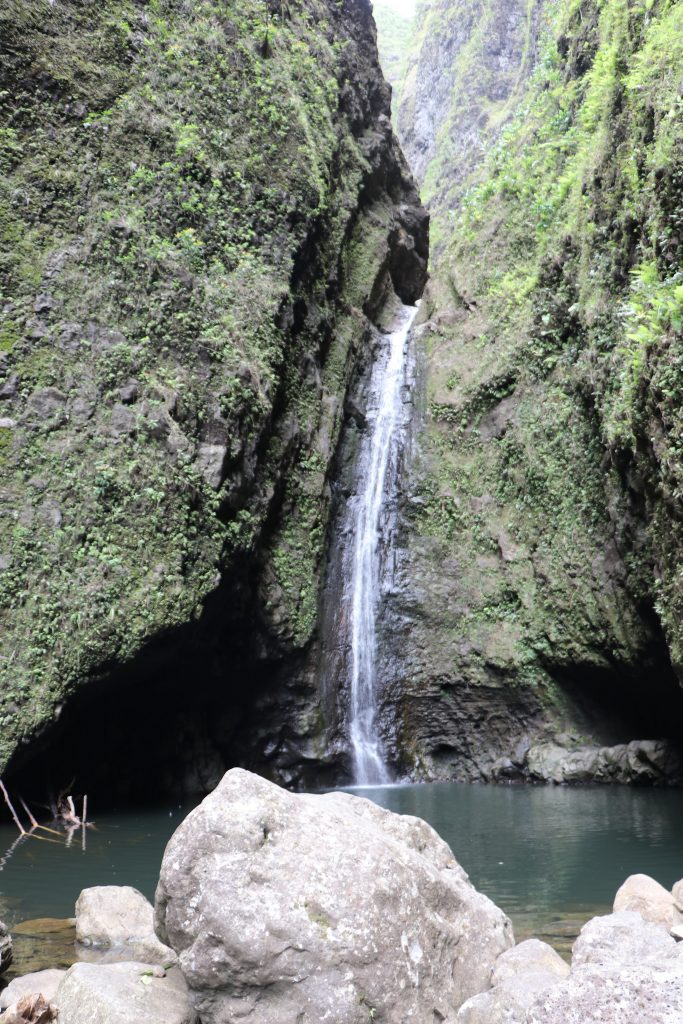 (HONOLULU) – Officers from the DLNR Division of Conservation and Resources Enforcement (DOCARE) regularly patrol Sacred Falls State Park, though each Mother’s Day for the last 22-years, their efforts take on extra importance and meaning.

On Mother’s Day, May 9, 1999, eight people were killed and nearly three dozen were hurt when rocks tumbled down the waterfall’s steep cliffs. The victims were caught off-guard, as it’s impossible to predict when rockfalls will occur, not only at Sacred Falls, but at many of Hawai‘i’s highly sought-after waterfalls.

Just 10 days ago, two men were hurt when boulders unexpectedly landed in the pool below Lulumahu Falls in the restricted Honolulu Watershed Forest Reserve. One of the victims was taken to the hospital in critical condition.

“Though Sacred Falls has signs everywhere, including numerous ones with a QR code connecting to a video, people still come, putting themselves at risk as well as the lives of emergency responders,” said DOCARE Chief Jason Redulla. “Sacred Falls State Park was closed for good reason after the 1999 tragedy. There is simply no way, for anyone, to accurately predict when rocks and boulders will fall. You are gambling with your life,” he added.

While most reputable social media sites, at the urging of DLNR, have removed mentions of and directions to Sacred Falls in recent years, typically each visit by DOCARE officers results in people getting cited.

Last year on the anniversary, one officer, who responded to the 1999 accident, noted that getting a ticket and a court date, is a lot better than getting hurt or killed. He noted that numerous mothers lost their children in 1999 and some of the victims could have been raising their own families now.

The names, ages, and hometowns of the nine people cited today will be released when available.