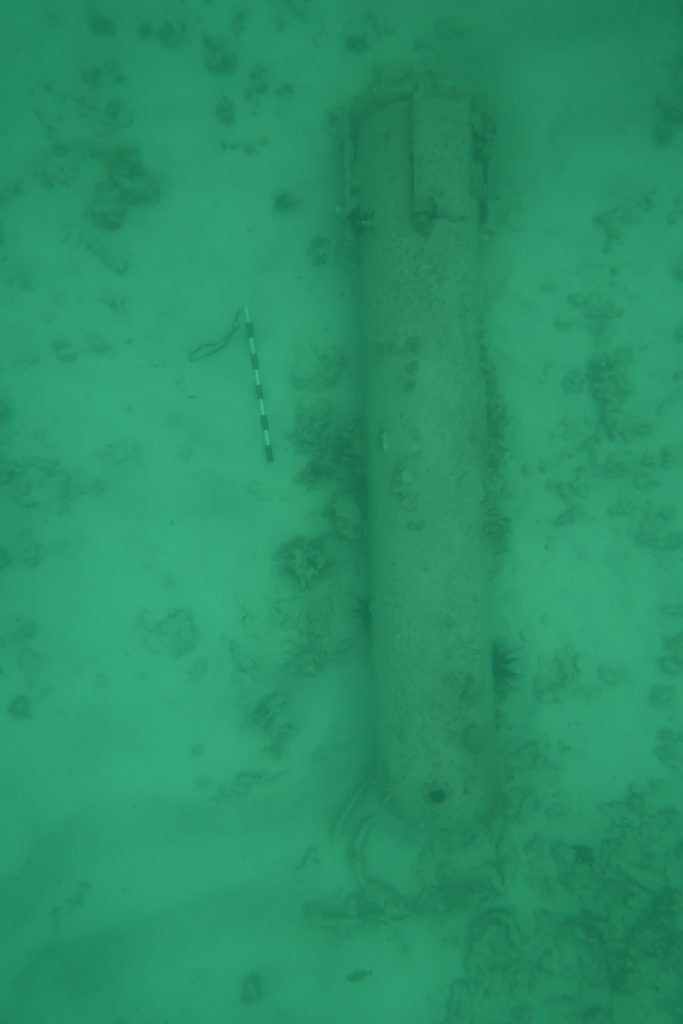 (HONOLULU) – Mariners are being cautioned to avoid the Sampan Channel area of Kāne’ohe Bay tomorrow during a U.S. Navy treatment operation to remove two unexploded munitions believed to be 50 or more years-old. They’re resting in approximately 13-feet of water.

During active remediation efforts, a 2,100-foot security cordon, around the bomb site will be established for the safety of people. All boaters and other ocean users are asked to avoid this area, which will be patrolled by officers from the DLNR Division of Conservation and Resources Enforcement (DOCARE), with support from Marine Corps Base Hawai‘i patrols.

The security cordon will be lifted ½ hour after the first of the two bombs is detonated in place. It is expected an all clear will be given no later than early afternoon. The other UXO will be removed from the water and trucked to a different location for disposal.

Personnel will also be deployed as “animal watchers” to ensure that marine wildlife is not in the area during the operation. To the extent possible, under the emergency circumstances, the Navy and DLNR will take steps to prevent and minimize adverse impacts to marine wildlife.”

NOAA Fisheries will have monitoring and response assets on hand before and after the operation to assist as safely feasible with preventing and mitigating potential impacts to marine mammals and sea turtles. The NOAA Fisheries Marine Wildlife Hotline (888-256-9840) is available to report stranding’s and other incidents.

The operation will be documented, and news media is also asked to stay clear of the area.

Anyone who sees unexploded munitions in the ocean waters of Hawai‘i is asked to abide by the 3-R’s…Recognize, Retreat and Report.