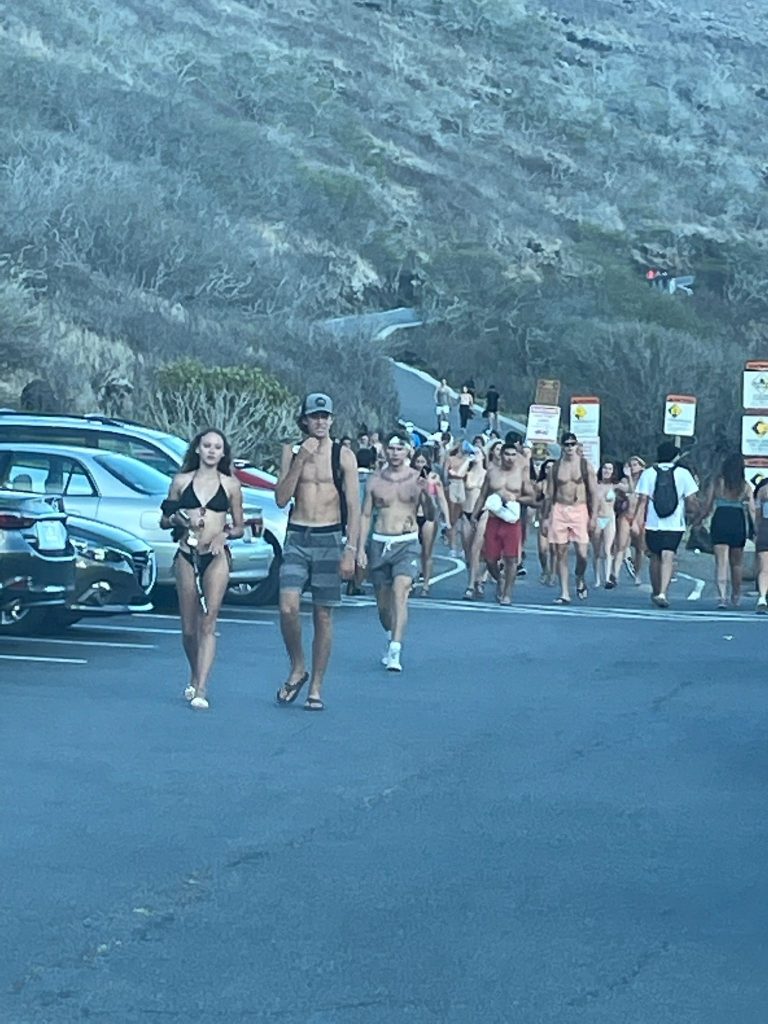 (HONOLULU) – Billed on social media as a way for young people to escape the bonds of COVID-19 restrictions, four people were cited and as many as 300-400 others were cleared from Kaiwi State Scenic Shoreline (a DLNR Division of State Parks unit), by officers from the DLNR Division of Conservation and Resources Enforcement (DOCARE) and Honolulu Police Department officers late Saturday afternoon.

Officers broke up the illegal large gathering and watched as a stream of mask-less, non-socially distanced revelers left the shoreline, after being ordered to do so. The individuals cited got tickets for having unpermitted generators and sound equipment in the park.

DOCARE Enforcement Chief Jason Redulla expressed outrage that, given the surge in COVID cases and new restrictions on large gatherings, anyone thought organizing and attending a big party was a good idea.

“I’ve instructed my officers, going forward, to confiscate any equipment or supplies used for these gatherings. If the loss of personal property, taken for evidence in criminal prosecutions, is not enough to get these people to start acting responsibly, we hope it doesn’t take their friends or loved ones getting sick or dying to wake them up,” Redulla said.

Redulla characterized this and other large gatherings as potential super-spreader events. All the attendees were in close proximity to one another, and no masks were evident. Many of the party goers described themselves as University of Hawai‘i freshmen, who indicated party organizers promoted it as the first time for many teens to get outside with their friends since they were juniors in high school, when the pandemic began.

He added, “I hope that social media influencers and trusted adults, like parents and teachers, might be able to talk some sense into anyone contemplating organizing or attending a large gathering of this sort. Clearly, every person who attended the Kaiwi party could have been cited for violating the county’s current rule that restricts outdoor gatherings to 25 or fewer people. It is long past the time for law enforcement and health experts to have to warn people about the risks associated with big, unpermitted gatherings anywhere in Hawai‘i. I and many others take an extremely dim view of the dim-witted, selfish behaviors of irresponsible people, no matter their ages.”