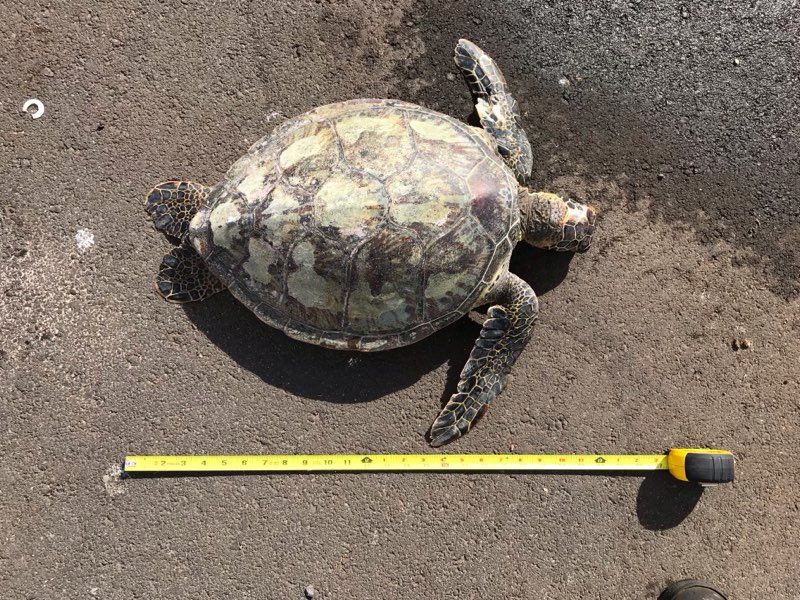 (KAHULUI) – Two Maui residents, a father and his son, are charged with the take and possession of a green sea turtle, a protected species, after being spotted by a DLNR Division of Conservation and Resources Enforcement (DOCARE) officer on routine patrol.

On Sunday at 6:50 a.m. the officer reported seeing the men retrieving a lobster net from a shoreline area known as Round Tables in the Waiehu area of Maui’s north shore.

The officer contacted the men and found a dead turtle entangled in fishing net. It had been placed in a metal tub which was attached to an inner tube. The turtle and all the physical items involved were taken as evidence and NOAA was informed of the incident.