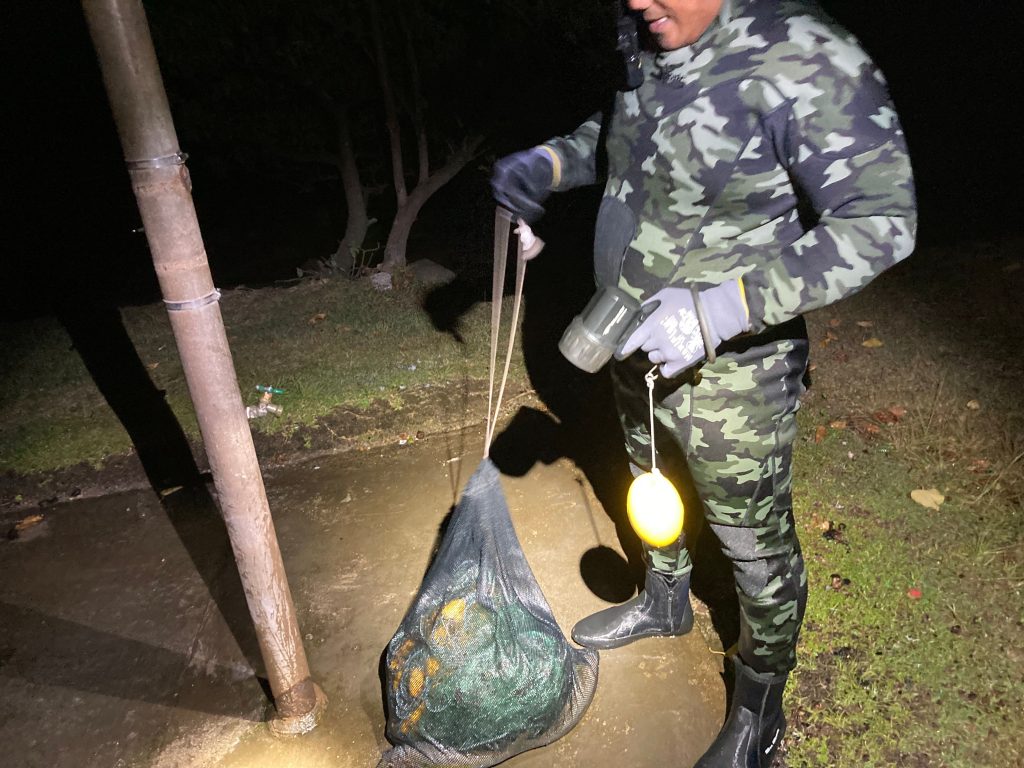 A witness contacted DOCARE at 8:15 p.m. to report several men laying a net off Wailupe Beach Park. When officers arrived, they began observing a group of men sitting at a picnic table. Two of them were in wet suits and a three-pronged spear and dive flag were on the table. Forty-five-minutes later the officers saw the two men in wet suits walking toward the water and then a short time later they observed the men working with a suspected lay net.

The use of net in the lay-net fishing method at night, along virtually all of the south shore of O‘ahu is illegal. The officers contacted the pair and they indicated they had just purchased and registered the net the week before. They told the DOCARE officers that they read through the rule book, but felt it wasn’t clear, so they took a chance on putting their net out.

During the three-hours it was in the water, they said they snagged several weke (goat fish), cleaned them, and barbequed them at the park. Two legal-sized goat fish were caught up in the net and were returned to the resources.

46-year-old Gemilo Padsing of Honolulu told officers he was taking full responsibility for the illegal use of his new net, and he was cited for laying net 30-minutes before sunset and 30-minutes prior to sunrise, as well as using a net in a closed area. Both violations are petty misdemeanors and Padsing has an initial court appearance on Jan. 7, 2022, in Honolulu District Court.