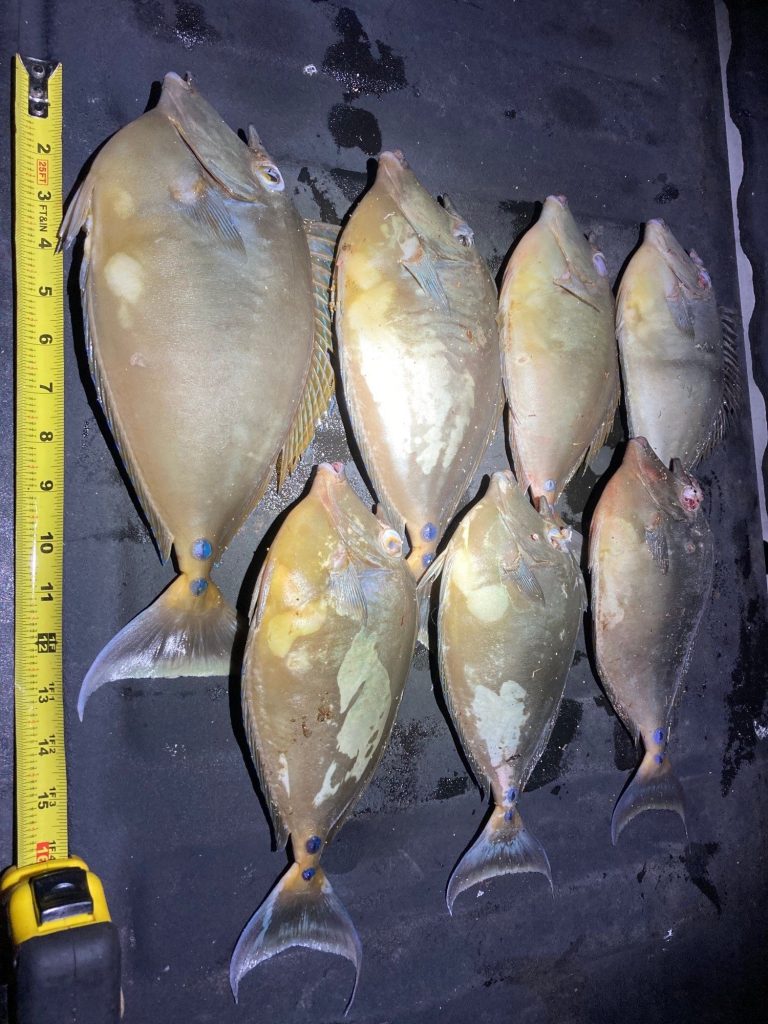 (HONOLULU) – Night divers are required to have illuminated diver’s flags and are supposed to know fishing regulations. Last night, a dozen Honolulu men were cited by officers from the DLNR Division of Conservation and Resources Enforcement (DOCARE) for not having required equipment and/or possession of under-sized fish.

In the first case, DOCARE officers on patrol around 11:00 p.m. spotted lights in the water just off Wailupe Beach Park in east O‘ahu. They followed the divers from there to Kahala Beach and waited for them to come to shore. Six men were cited for not having illuminated dive flags and for having under-sized fish. Officers said the divers had multiple regulated and unregulated fish, including more than two dozen undersized Kala.

All the divers were given educational information about fishing and diving regulations and have court appearances scheduled for early January. The divers cited at Kahala last night are:

Earlier in the evening, at around 7:15, a windward district DOCARE officer, also on routine patrol, spotted several dive lights near the west end of Kahana Bay. By the time these divers exited the water around 8:30 p.m. another DOCARE officer had responded, and they inspected the catch of a total of nine divers. Six of them were found to be in possession of undersized kala. A one-pound octopus was released back into the water. These men have court appearances set for Dec. 23. The divers cited at Kahana Bay last night are:

As summer swells on O‘ahu’s south shore winds down more divers and fisherman are expected to be in or near the water. DOCARE encourages safe and responsible ocean activities and is encouraging anyone who sees violations to call 643-DLNR or report via the DLNRTip app.