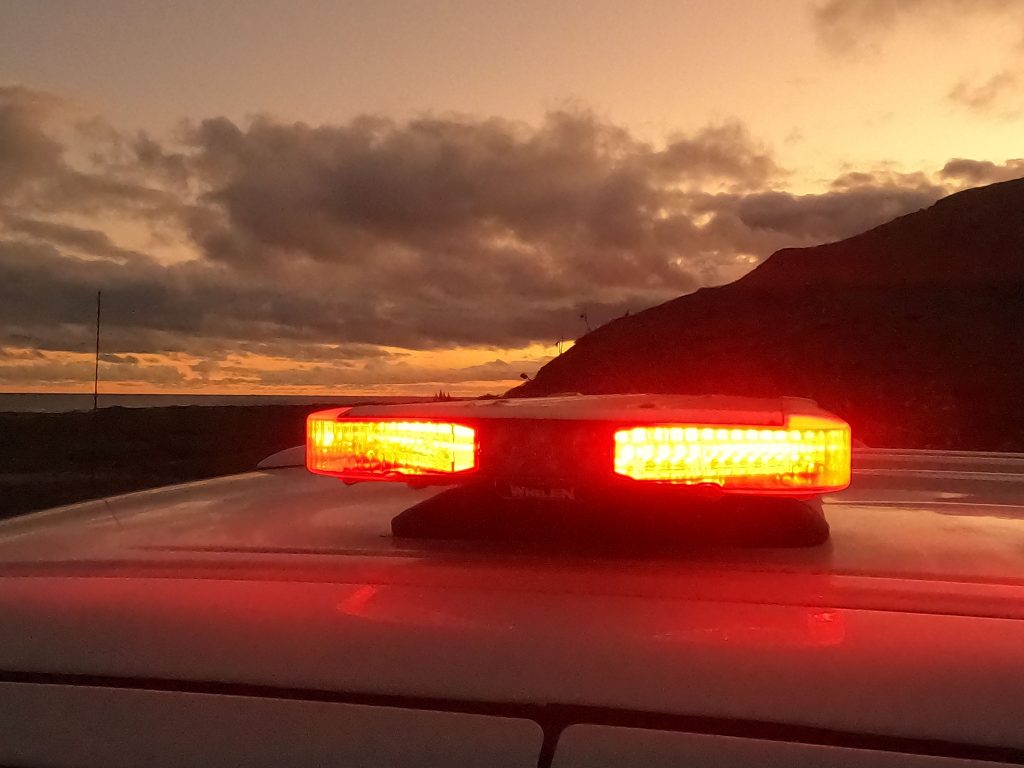 (HONOLULU) – Tips about Halloween parties tonight at a popular East O‘ahu state park led to an increased presence of officers from the DLNR Division of Conservation and Resources Enforcement (DOCARE).

Multiple social media posts were promoting large parties at Kaiwi State Scenic Shoreline, the site of numerous other parties in the past that had to be broken up by DOCARE officers. As of 7 p.m. the sight of law enforcement vehicles in the area was precluding any gatherings from starting up.

Earlier in the day, DOCARE Chief Jason Redulla again warned that violations of park rules and COVID-19 measures related to large gatherings were going to be taken very seriously. As he joined officers tonight to ensure none of the advertised parties started, Redulla commented, “I would say this to the promoters and attendees of any of these parties. You need to exercise some brain cells and catch a clue. What you’re doing is illegal, it’s not right, and stop doing it.”

In August officers broke up a party on a beach in the park, where an estimated 300-400 young people, many who identified themselves as local university students, had spent the day drinking and listening to amplified music. Officers cited several of the people who were carrying sound equipment out of the park.

DOCARE did not receive any notification of a large party in the same area last night, but today they did receive information about planned Halloween eve gatherings. “We’re very thankful to the individuals who shared information with us, as well as the Hawai‘i Quarantine Kapu Breakers group, for clueing us in.”

Anyone who sees violations of natural resource laws and rules is encouraged to call the DOCARE Hotline at 643-DLNR or report via the free DLNRTip app.