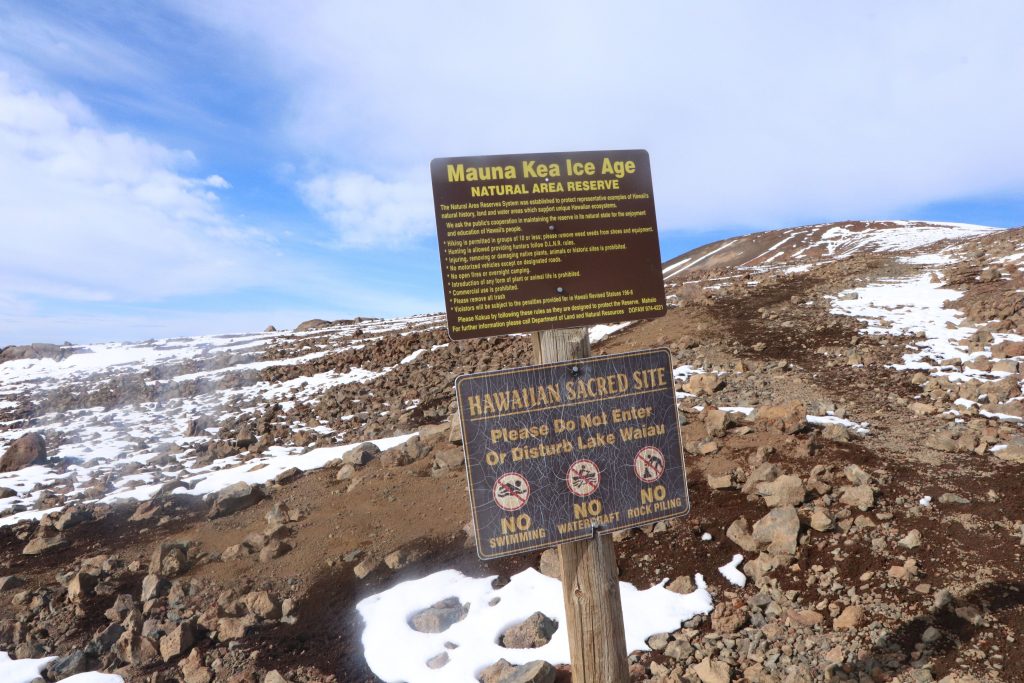 (Mauna Kea Ice Age Natural Area Reserve) – The individual who posted a video of a large rock being thrown into Lake Waiau has contacted the DLNR and apologized for her actions. Earlier this month, she posted the video on her social media platforms and then removed it after learning of the disrespect it caused.

She contacted DLNR Tuesday night to apologize for her role in highlighting what is considered a culturally disrespectful act. She said she didn’t toss the rock into the high-altitude lake and that she only recorded the rock-throwing. “I removed the video as soon as someone told me it was disrespectful. I filmed someone else throwing the rock in,” she said.  She said she did see a sign that prohibits swimming,  watercraft, and rock piling. While signage doesn’t specifically address throwing rocks into the lake, she said had she known it was disrespectful to Native Hawaiians, she would not have recorded the video and posted it. She added that she does not know the identify of the person who threw the rock. The woman also issued an apology on Instagram but disabled her account after receiving several death threats.

Steve Bergfeld, the Hawai‘i Island Branch Manager for the DLNR Division of Forestry and Wildlife (DOFAW) said, “While the rock-throwing, the videotaping, and posting are all seen as being disrespectful none of these acts should result in people being threatened in any fashion.” Lake Waiau and the Mauna Kea Ice Age Natural Area Reserve are under DOFAW’s jurisdiction.

“We bring these issues to the public’s attention in the hope people will become better educated about what is acceptable (pono) culturally in Hawai’i,” Bergfeld added.