SPECIES BROUGHT BACK TO LIFE IN BANNER YEAR FOR RARE PLANTS 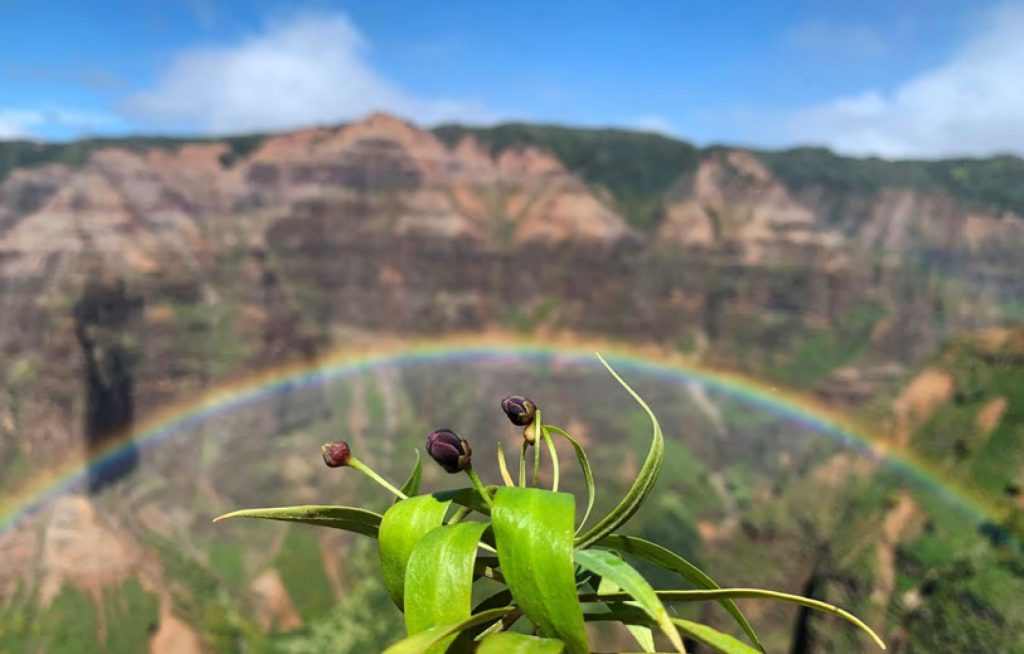 (Honolulu) – Hawai’i has less than one percent of the overall land mass in the U.S. but is often referred to as the “Endangered Species Capital of the World” as the state has 44 percent of the nation’s endangered and threatened plant species.

A new report from the DLNR Division of Forestry and Wildlife (DOFAW) Rare Plant Program  has detailed this past year’s successes. The Rare Plant Program works closely with the Plant Extinction Prevent Program (PEPP) which is affiliated with the University of Hawaii’s Pacific Cooperative Studies Unit.

PEPP protects some of the world’s rarest plants through extraordinary measures including hand pollination and growing seedlings in rare plant nurseries to help prevent them from going extinct.

The 2021 report highlights species thought to be extinct that are now back among the living: a fern, known as Adenophorus periens, was rediscovered in the forests of Kauaʻi and is now growing in three separate locations there.

Also notable is a Hawaiian carnation brought back into existence from seeds in collected soil. The carnation, a member of the Hawaiian genus Schiedea, had a more unusual path back to existence. This new species was discovered by DLNR staff in 2019 near Laupāhoehoe on Hawaiʻi Island. Only one individual was found, and when botanists later returned to study the plant, it was gone. With no living plants known in the wild, the species was believed to be lost. Optimistically, botanists collected soil from the area where the plant had been and took it back to the Volcano Rare Plant Facility, hoping that soil contained dormant seeds. A few months later, young Schiedea seedlings emerged and began to grow. The species now needs to be formally described and given a name, which botanists plan to announce this year.

Other highlights in the 2021 rare plant report include:

Not all of the updates in the annual review are positive. On Lānaʻi the last known wild plant of a shrub known as Kadua cordata var. remyi died, though the species lives on in nursery plants that will be outplanted in the future. Landslides on Molokaʻi threatened the fewer than 10 plants of Brighamia rockii that remain in the wild. Botanists are now hand-pollinating  remaining plants in order to encourage new seed production.

The Rare Plant Program is now focusing on challenges in 2022, including identifying funding to strengthen its rare plant nurseries from potential storm damage. A Capital Improvement Project (CIP) request for nursery work has been included in a funding  request from the legislature.

People interested in rare plant conservation can also donate to PEPP. Donations can also be made to the DLNR Natural Area Reserves System, which protects unique natural areas that may provide habitat for these rare plants.