The Hawaiian Islands are home to amazing array of unique plants. Today it is estimated that there are approximately 1,400 vascular plant taxa (including  species, subspecies, and varieties) native to the State of Hawai‘i, and nearly 90 percent of these are found nowhere else in the world. Due to the Hawaiian archipelago’s extreme isolation, it is believed that the ecosystems of Hawaiʻi and all the organisms which comprise them have evolved in relative solitude, free from many of the competitive forces which characterize continental ecosystems. Thus, despite tremendous diversity and high rates of endemism, the native biota of Hawaiʻi are very sensitive to changes in their ecosystems, and many species  have declined beginning with the arrival of humans, the clearing of land for agriculture, and the introduction of non-native plants and animals. These threats have escalated dramatically in historic times, leading to the widespread loss of many native organisms and their habitats. 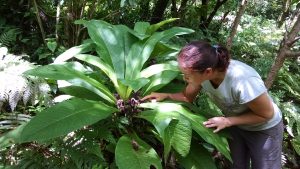 Today Hawaiʻi is often referred to as the “Endangered Species Capital of the World.” More than 100 plant taxa have already gone extinct, and over 200 are considered to have 50 or fewer individuals remaining in the wild. Officially, 366 of the Hawaiian plant taxa are listed as Endangered or Threatened by Federal and State governments, and an additional 48 species are Proposed as Endangered. While only comprising less than one percent of the Unites States land mass, Hawaiʻi contains 44 percent of the nation’s Endangered and Threatened plant species!

The Hawaiian Rare Plant Program is headed by the State Botanist, within the Native Ecosystems Protection and Management section of the Division of Forestry and Wildlife administration, and seeks to perpetuate the native flora of the islands.

To learn more about rare plants in Hawaiʻi, visit our plant species page. 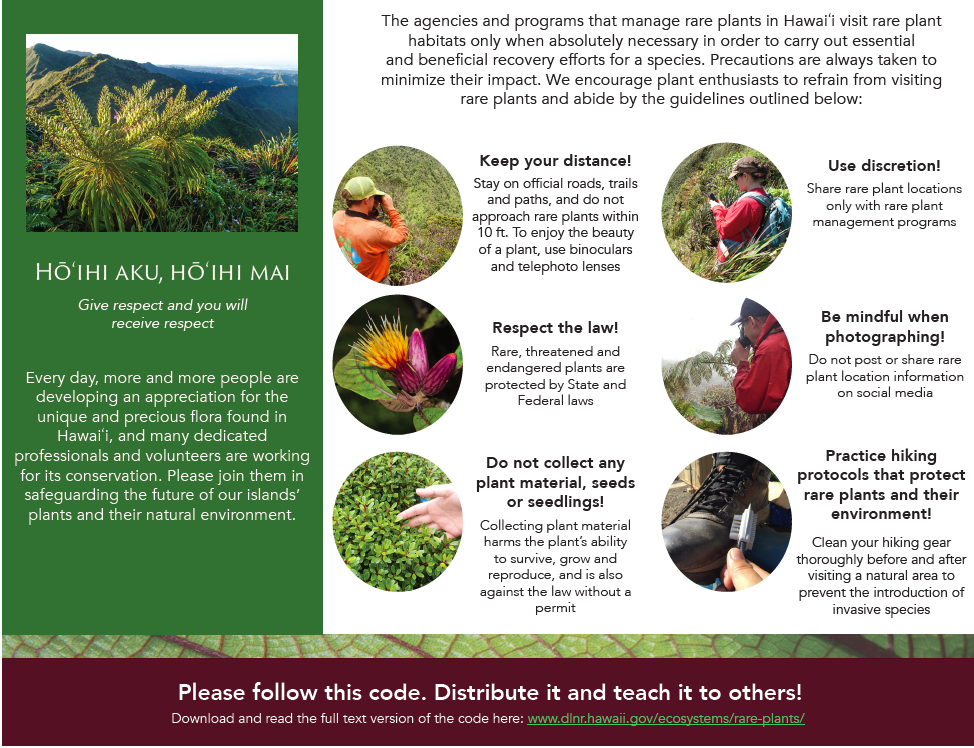 DOFAW is a member agency of the Hawai’i Rare Plant Restoration Group and supports the group’s Rare Plant Code of Conduct. Click on the image above to view and download the outreach brochure and open the link on the right under “Rare Plant Quick Links” to read the full text version of the code.