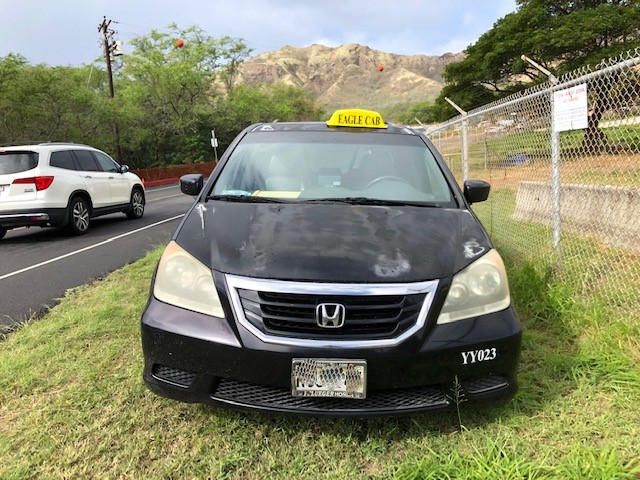 (Honolulu) – A taxi driver, operating in Diamond Head State Monument (DHSM), was arrested this morning by officers from the DLNR Division of Conservation and Resources Enforcement (DOCARE).  69-year-old Eliu Kesi of Honolulu faces charges of Resisting an Order to Stop a Motor Vehicle, a misdemeanor and Reckless Driving of a Vehicle, a petty misdemeanor. His bail has been set at $2000.

On Thursday DOCARE Officers contacted Kesi, a driver for Eagle Cabs, for engaging in illegal activities and disregarding the Monument’s taxi policy. DLNR Division of State Parks personnel said the driver had been warned several times previously. They report the driver was verbally combative with officers before he fled Diamond Head Crater at a high rate of speed. DOCARE officers abandoned their pursuit due to the potential risk to pedestrians and other vehicles, particularly in the narrow Kahala Tunnel. Early this morning Kesi was arrested when he returned to the park in his cab.

State Parks managers say numerous independent cab drivers have been engaging in illegal and belligerent activities at Diamond Head for more than a decade. This led to the establishment of a taxi staging zone to prevent illegal parking in a turn-around lane and a code-of-conduct for drivers. The continuation of inappropriate and illegal behavior led to the closure of the taxi-staging area last fall. Currently DHSM management is negotiating with a single entity to manage the staging area.

Diamond Head State Monument experiences an average of 3,000 visitors daily, with more than 6,000 people entering the park on one day during the holidays. At the request of State Parks, DOCARE has stepped up patrols in the park over the past few months and officials from both DLNR divisions say they will not tolerate illegal and reckless behavior from taxi operators.