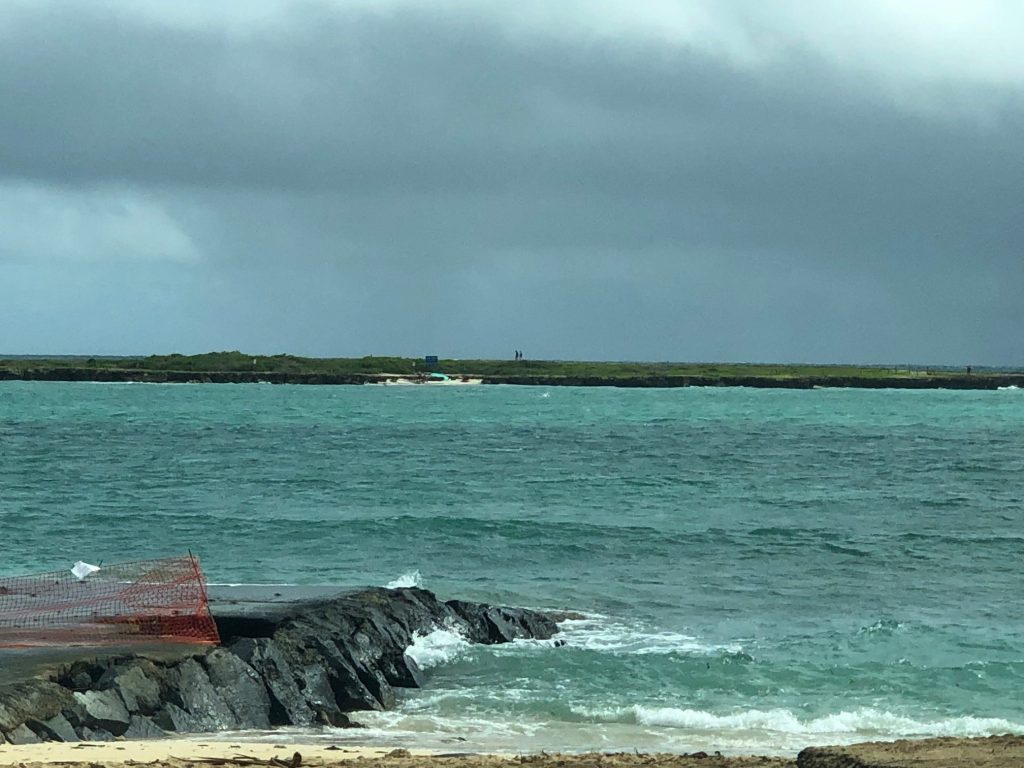 (Honolulu) – So far, on the first day of closures for O‘ahu offshore islands, the Aha o Laku sandbar in Kāneʻohe Bay, and State Parks, officers from the DLNR Division of Conservation and Resources Enforcement (DOCARE) have issued warnings to ten kayakers who made illegal landings on Flat Island (Popoia) off Kailua.

DOCARE officers and two expert kayakers also assisted agents from the U.S. Fish and Wildlife Service in bringing an injured shearwater to shore from Popia islet. Unfortunately, the bird died and the cause of its death is pending a post-mortem examination (necropsy).

DOCARE is encouraging all O‘ahu residents to abide by current emergency restrictions in place on certain DLNR lands and for all City and County of Honolulu parks and beaches.