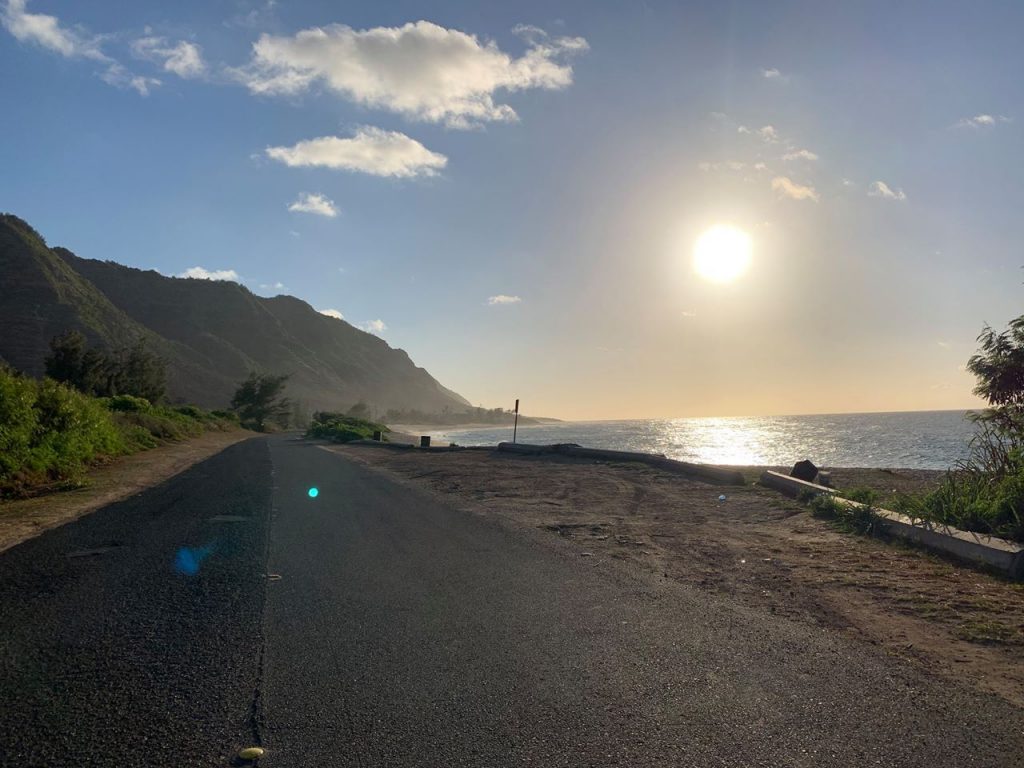 (Honolulu) – On the first day of closures of all State Parks and beaches on O‘ahu, officers from the DLNR Division of Conservation and Resources Enforcement (DOCARE) did not cite anyone for violating COVID-19 emergency rules. They did however warn multiple kayakers, park loungers, and crab catchers.

DOCARE Supervisor John Silberstein patrolled from Waimānalo to the North shore, where he and another officer joined a team who’d been monitoring activity at Ka‘ena Point State Park. Earlier in the week, prior to the announcement of state and county parks closures, a social media post had promoted a bonfire party for the Mokuleia section of the park. Barricades set up in the middle of the road near Dillingham Airfield blocked vehicles from traveling further west into the park and this proactive step, along with wide-spread publicity about the closures, are believed to have stopped the party.

Silberstein observed, “Most people are paying attention. They realize that we’re all in this together and that the closures are necessary to prevent the large group gatherings that had become common on beaches and in parks across O‘ahu.” Public health authorities encouraged State and County leaders to again restrict access to parks and on beaches, limited to crossing them only for the purpose of getting to the ocean for approved activities.

Highlights of the Saturday afternoon DOCARE patrols include:

Silberstein concluded, “We hope over the next three weeks (the current duration of the closures), people will continue to abide by the rules and stay out of our State Parks and not loiter on the beach. We’re pleased we didn’t have to write any citations or arrest anyone. I think most people realize this is a small, temporary sacrifice to make for the overall health and safety of our entire community.”