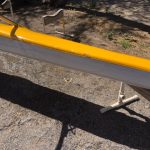 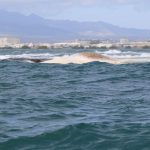 MAKENA -- The Department of Land and Natural Resources (DLNR) is closing the nearshore waters of Makena State Park today, as of 12 noon, due to a report of a large shark exhibiting aggressive behavior which chased two spear fishermen out of the water. The area closed is from Ahihi Bay to Makena Landing, a mile in either direction from the location of the report.

"We are not sure why these bites are occurring more frequently than normal, especially around Maui. That’s why we are conducting a two-year study of shark behavior around Maui that may give us better insights,” said William J. Aila, Jr., DLNR Chairperson. “It is our hope and expectation that numbers of incidents will return to a more normal range in the near future.”