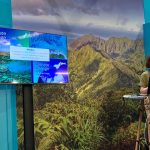 Numerous presentations and leaders from around the world at the IUCN World Conservation Congress in Marseille emphasize the close connection between climate change mitigation and adaptation and biodiversity conservation. 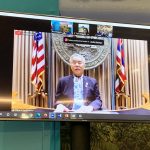 Governor Ige joined the Hawai’i delegation to the International Union for Conservation of Nature (IUCN) World Conservation Congress in Marseille by live remote link to officially open the Hawai’i Pavilion and welcome all. Hawai’i brings a unique and powerful message to the world, of close conservation and culture connections, ambitious goals and strong partnerships and collaboration to implement them, and aloha as the overarching value.

Today, the Department of Land and Natural Resources delivered the Closing Report for the 2016 IUCN World Conservation Congress (Congress) to the Hawaii State Legislature. This follows closing of the accounting for the State’s hosting of the Congress as of March 31, 2017 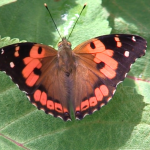 (Honolulu) – The deep, beautiful orange and black hue of Hawai’i’s official state insect is well known by visitors to native forests, and cultural practitioners. It is considered a critical pollinator for numerous native plants. The Kamehameha butterfly, like so many insects, plants, and animals in Hawai’i, is being crowded out of its traditional habitat by ever-encroaching human presence, the introduction of invasive predator species, and global climate change. Although the butterfly is historically known from all the main Hawaiian Islands (Kauaʻi, Oʻahu, Molokaʻi, Lanaʻi, Maui, and Hawai’i), it is no longer found in some areas where it used to be common and it appears to be declining. The Pulelehua Project includes an effort to map current populations of the Kamehameha butterfly using observations submitted by the public, combined with surveys of remote areas by scientists. Pulelehua is the Hawaiian word for butterfly.