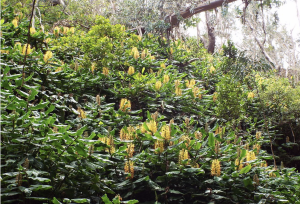 While there are a wide variety of ginger species naturalized in Hawaiʻi, a few pose serious threats to our native forests. None are as problematic as Himalayan ginger or Hedychium gardnerianum, considered one of the world’s 100 worst invasive species by the IUCN. H. gardnerianum stalks grow 1.5-2m tall from dense mats of rhizomes (underground stems of the plant) that quickly smother the forest floor. These large thickets easily grow in shade and dominate the understory of many Hawaiian forests where they outcompete native understory species and prevent native tree seedlings like ʻōhiʻa lehua from establishing. This can permanently alter and diminish native ecosystems.

Report this species if seen on Molokai

This horticultural introduction of H. gardnerianum is found on all major Hawaiian islands. The weed, originating from the Himalayas, thrives in moist, forested lands and is a pest of areas worldwide, including New Zealand, the Federated States of Micronesia, South Africa, and Jamaica, among others.

H. gardnerianum has also been called kahili ginger due to its similarity to the kāhili feather staffs symbolic of Hawaiian aliʻi. However, many have taken to calling the plant Himalayan ginger given that the species is native to the Himalayas. A Hawaiian name can potentially mislead people to believe it is a native species. 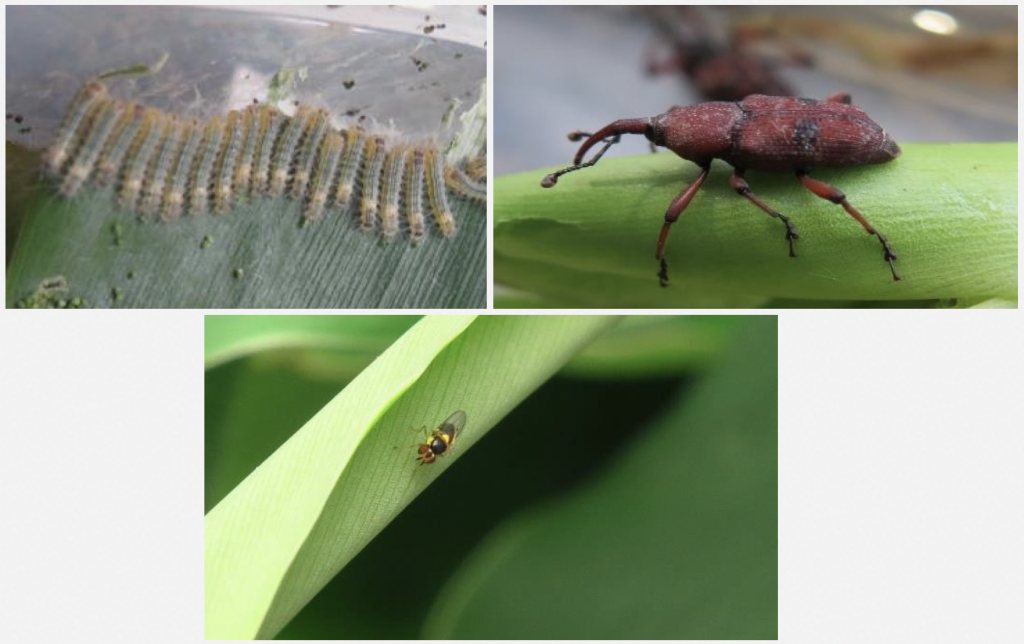