The Prevention and Early Detection-Rapid Response Working Group is working to implement Strategies 1 & 2 from the HISC/CGAPS 2025 Strategy  that was released in 2020. These strategies focus on building knowledge, capacity, and tools to prevent species from entering Hawaiʻi or moving intrastate. Preventing the introduction of invasive species is the most effective way to protect Hawaiʻi. The Prevention/EDRR Working Group is co-chaired by representatives from HDOA and UH CTAHR. 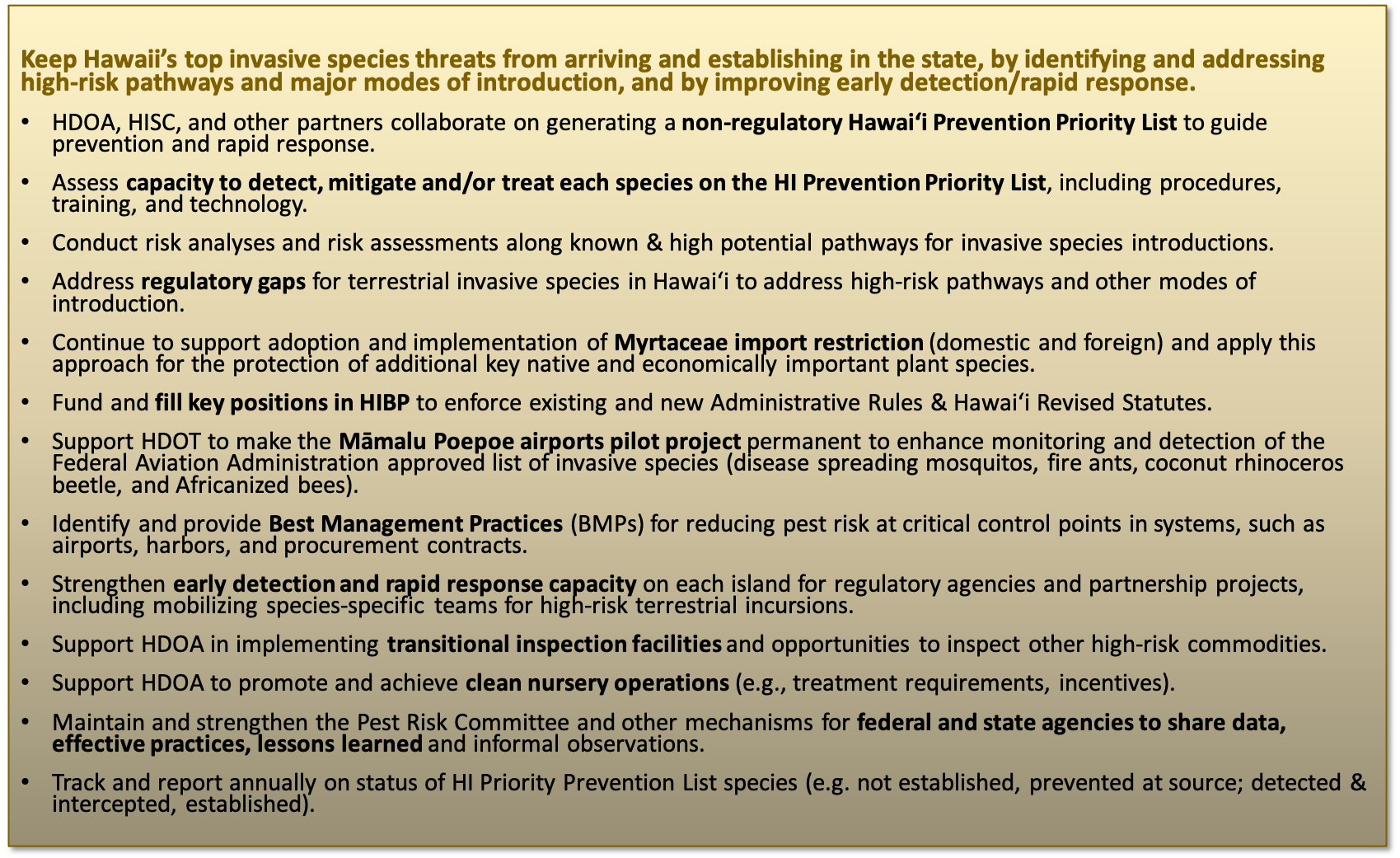 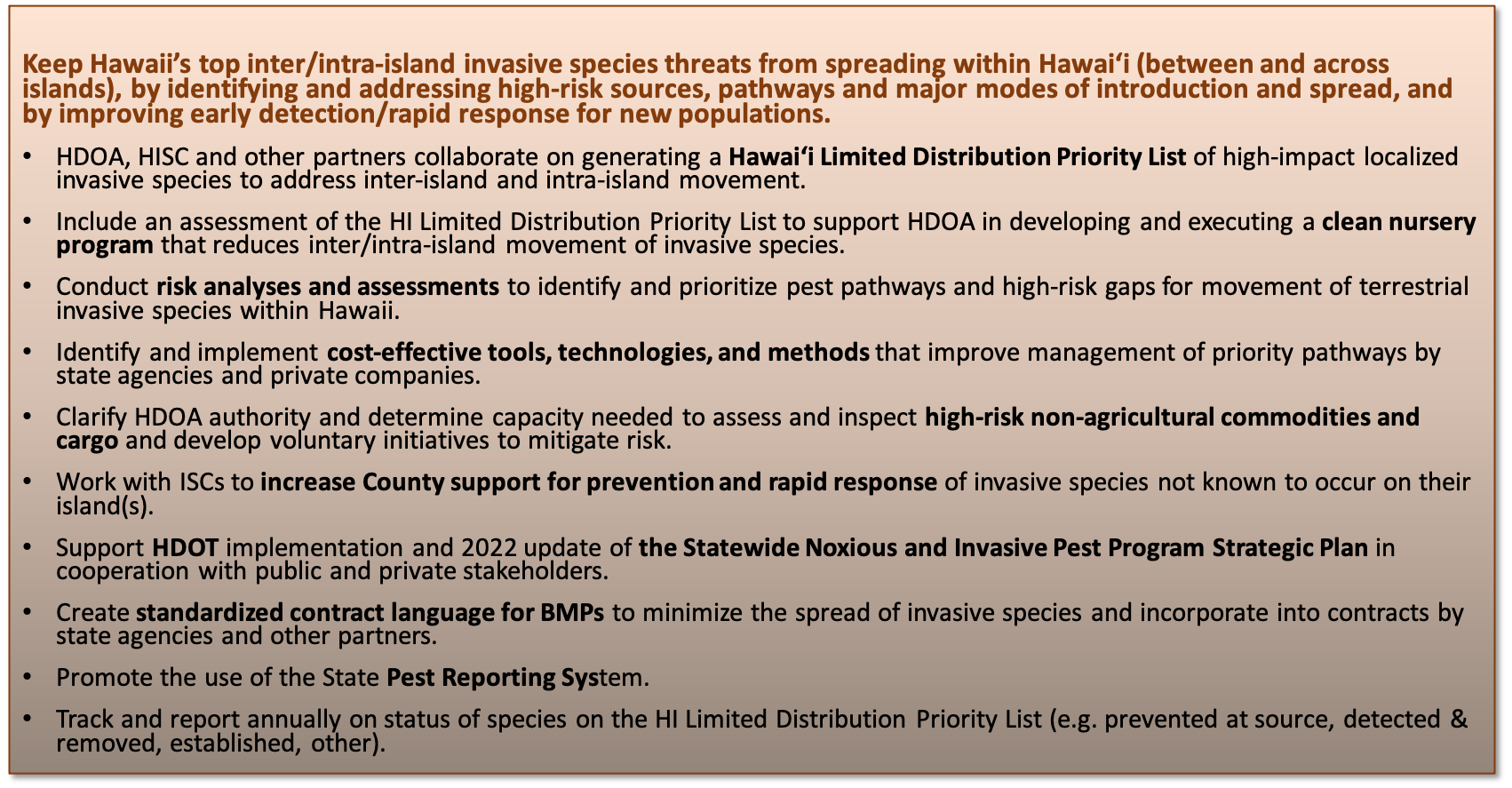 Two non-regulatory species lists were developed in support of Strategies 1,2, & 3 to guide those key actions related to prevention:

How does this relate to the Hawaiʻi Interagency Biosecurity Plan (HIBP)? 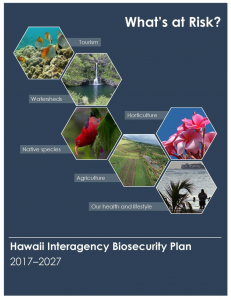 Our staff-level Working Groups meet regularly and are open to any interested party. You can check our Working Groups pages or subscribe to the HISC-Prevention-WG listserv to receive meeting announcements SUBSCRIBE HERE.

The most recent meeting agenda and notes can be found below.

See Archived Notes at bottom of the page…