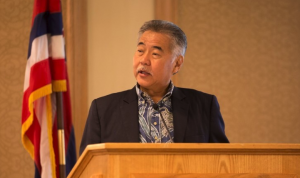 In 2018 Governor Ige launched the Biosecurity and Invasive Species Initiative (BISI) as chair of the Western Governors’ Association (WGA). The year-long initiative has included a number of projects designed to increase collaboration and action across western states and Pacific territories with regard to invasive species prevention and control. The initiative included four workshops to bring experts together from across the region to identify new solutions to these problems, as well as a series of online webinars to better engage stakeholders on this topic. In June 2019 the WGA released a final report and policy resolution for the initiative, which focuses on several overarching themes to strengthen biosecurity in the West:

The specific findings of the Initiative and the recommendations in the policy resolution are available through the resources below. 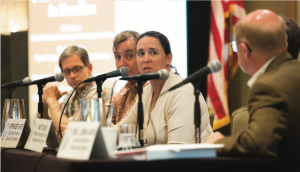 Full video archives of each of the four regional workshops are available online.

Full video of each webinar is available at the links below.

The Western Governors’ Biosecurity and Invasive Species Initiative Report highlights the work of Western Governors to confront the challenge of nuisance species and pests on western ecosystems. The past year’s workshops and webinars of the Initiative focused on the role of biosecurity in addressing the risks posed by invasive species. Read the report online or download the report from WGA. 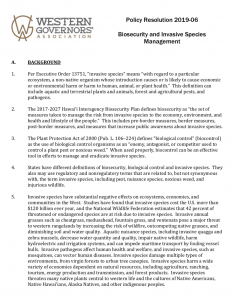