Feral Cats are wild-living variant of the common pet cat, introduced to Hawai‘i by Europeans. Feral cats have established populations on all eight of the main Hawaiian Islands and contribute to widespread ecological disruptions that threaten native Hawaiian wildlife. Feral cats are one of the most devastating predators of Hawai‘i’s unique wildlife. In addition to direct predation, feral cats also spread a potentially lethal parasite (Toxoplasma gondii) that contaminates terrestrial, freshwater, and marine environments and has been shown to negatively impact birds and mammals – including humans. 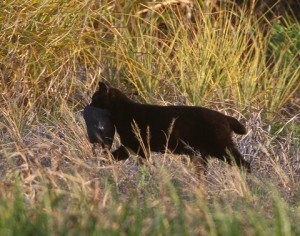 Feral cats are identical to the common pet cat and are actually the same species separated only by lifestyle and behavior. Feral cats may utilize human resources or live completely independently and can be found in all types of habitat, including free-ranging in the mauka lands.

Widespread on all the Main Hawaiian Islands in all habitats