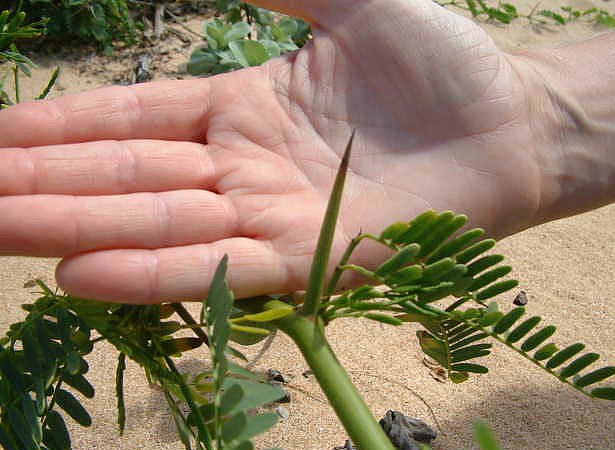 Report if spotted on Kauaʻi

Long-thorn kiawe can grow as a rambling shrub or tree ranging from 6′ to 30′ tall. The thorns are up to 4″ long. It’s pale yellow flowers are numerous and grow in cylinder-shaped spikes up to 4″ long. Mature seed pods are flat, curved, yellowish brown and 3-8 inches long.

The long-thorn kiawe thorns are able to pierce entirely through rubber slippers, boots, and car/truck tires. These thorns also have poison-tipped ends that can cause bruises and swelling. The long-thorn kiawe grows in dense thickets that crowd out native costal plants. It is capable of rendering large areas impassible, preventing beach 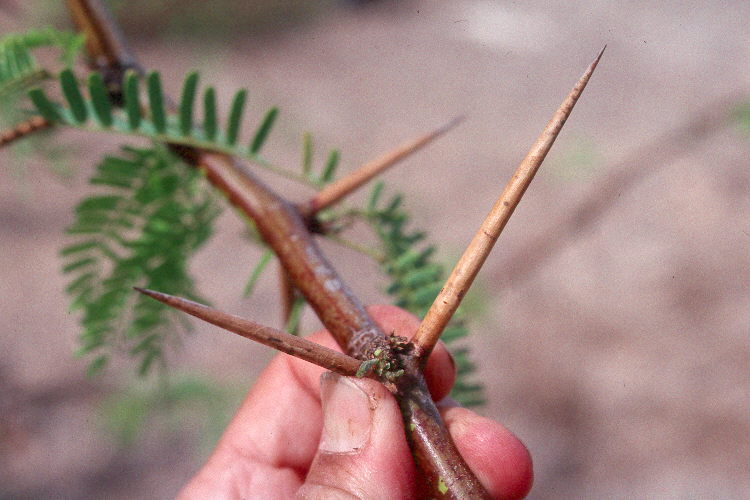 Long-thorn kiawe is native to South America, Central America and the Caribbean and was first noted in Hawai’i in 1978. The introduction history is unknown but it was possibly introduced for agriculture or accidentally. The current, known distribution of this pest is on Kaua’i, O’ahu, and Moloka’i. On Kaua’i, long-thorn kiawe invades beaches of Māhā’ulepū, Mānā, the Pacific Missile Range Facility, Waimea, and Kekaha. On Oʻahu, there are populations along the leeward coast and along canals from Kapālama to Waiʻanae.  On Molokaʻi, there is one recent planting of a couple dozen plants found along property line at beach access to Pāpōhaku Beach. The preferred habitat is coastal and dry. This plant can withstand drought and is somewhat tolerant of saltwater. Please report any new sightings of this pest! 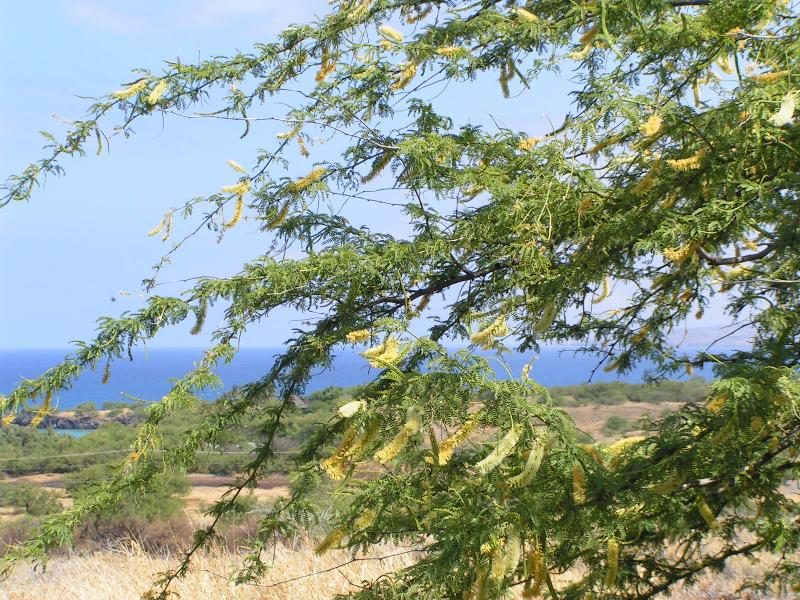 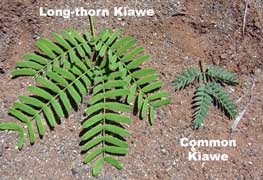