Visit https://fightthebitehawaii.com to learn about mosquito-borne illnesses (including zika, dengue, chikungunya, and others) and how to minimize your risk. 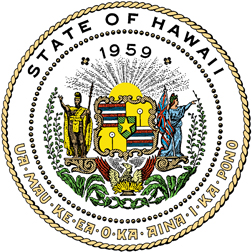 HONOLULU – As summer brings to Hawaii increased travel to and from the state, top state and local officials, including Governor Ige and Mayors Arakawa, Caldwell, Carvalho, and Kenoi stood together today to demonstrate a concerted statewide effort to “Fight the Bite” and keep Hawaii free of diseases spread by mosquitoes. The public education campaign has been relaunched by the Hawaii State Department of Health (DOH) during National Mosquito Control Awareness Week and expanded to include all mosquito-borne diseases that pose a threat to Hawaii, such as Zika, dengue and chikungunya.

Earlier this year, the U.S. Centers for Disease Control and Prevention (CDC) activated its Emergency Operations Center (EOC) for Zika at the highest level of activation following action by the World Health Organization (WHO), which declared a Public Health Emergency of International Concern over the Zika virus and the health problems it can cause. In April, a team from Hawaii attended the CDC’s Zika Action Plan Summit, and this month, DOH requested federal funds totaling approximately $4 million to support statewide Zika-related control, monitoring, and prevention efforts. Federal funds are being made available through the Public Health Emergency Preparedness Cooperative Agreement; Epidemiology and Laboratory Capacity Grant; and Hawaii Birth Defects Surveillance, Intervention, and Follow-up for Zika Virus Grant. Last week, Hawaii also participated as one of a few selected states in a Zika response exercise in Washington D.C.

“Hawaii is fortunate none of these diseases are endemic or native to our state, and we need to work together to make sure it stays this way,” said Gov. David Ige. “We are part of a nationwide effort to combat diseases spread by mosquitoes, and with the Department of Health leading the charge to bring partners together to raise awareness about mosquito prevention, I’m confident that communities will come together, as our state and county leadership have done, to ensure the safety of our islands.”

Health Director Dr. Virginia Pressler added, “Mosquito season in Hawaii is year-round, but with increased travel and more outdoor activities during the summer months, we need to be on our guard and keep residents and visitors well-informed about mosquito-borne diseases and how to reduce the chances of outbreaks in our state. Hawaii has been identified as one of the nation’s higher risk areas for the potential spread of the Zika virus so we hope people will keep mosquito prevention and control top-of-mind all year long.”

The revamped “Fight the Bite” campaign has two key components. The first comes on the heels of the recent Hawaii Island dengue fever outbreak, which began in October 2015 and continued through the spring of this year. As a follow up to the intense response to 264 cases of dengue fever, that likely began as a result of an infected traveler, DOH coordinated with the Hawaii Emergency Management Agency and county emergency management/civil defense agencies to develop a response plan specifically for mosquito-borne diseases. It outlines ongoing preparedness activities to take place when there are no cases, as well as response measures for all imported cases and measures in the event of infected mosquitoes transmitting a disease locally.

The second component includes a research-based public education campaign that leverages numerous broadcast and social media channels to build awareness about mosquito-borne disease prevention. Starting in early July, Hawaii residents can expect to hear “Fight the Bite” messages on local radio and television stations statewide, and see graphics in malls and shopping centers. The $250,000 media campaign is being funded by the state and will include community engagement activities to spearhead and encourage grassroots efforts to reduce mosquito breeding areas across the state. All resources will be made available to the public at the redesigned campaign website at www.FightTheBiteHawaii.com.

DOH is coordinating closely with tourism officials to ensure the “Fight the Bite” message reaches visitors to Hawaii. With the support of the Hawaii Tourism Authority and State Department of Transportation, people can also expect to see updated “Fight the Bite” information this year in key points-of-entry, such as airports and harbors. “We are working together with our travel industry partners to educate their workers, guests and customers,” said George D. Szigeti Hawaii Tourism Authority President and CEO. “We all need to do our part to protect Hawaii from mosquito-borne illnesses.”

Educational outreach to youth is also an important piece of the campaign. “Many educators working at the Department of Education already offer information about mosquito-borne disease prevention to students,” said Deputy Superintendent Stephen Schatz. “DOH and DOE are working to identify new opportunities and to train staff so that they may better educate Hawaii’s students.”

For more information about the education campaign, response plan, and mosquito-borne diseases and how to prevent them, visit www.FightTheBiteHawaii.com.