June 2016 Update: Efforts to increase funding to the HISC in FY17 were not approved during the 2016 Legislative Session. Preproposal information has been archived below for educational purposes.

In preparation for the 2016 Legislature, HISC staff asked invasive species experts in Hawaii to prepare pre-proposals for what could be achieved in FY17. HISC received 48 pre-proposals describing $10M in interagency projects. The projects below are non-binding: actual HISC expenditures in FY17 depend on the amount of funding provided by the State Legislature. Individual pre-proposals are listed below. 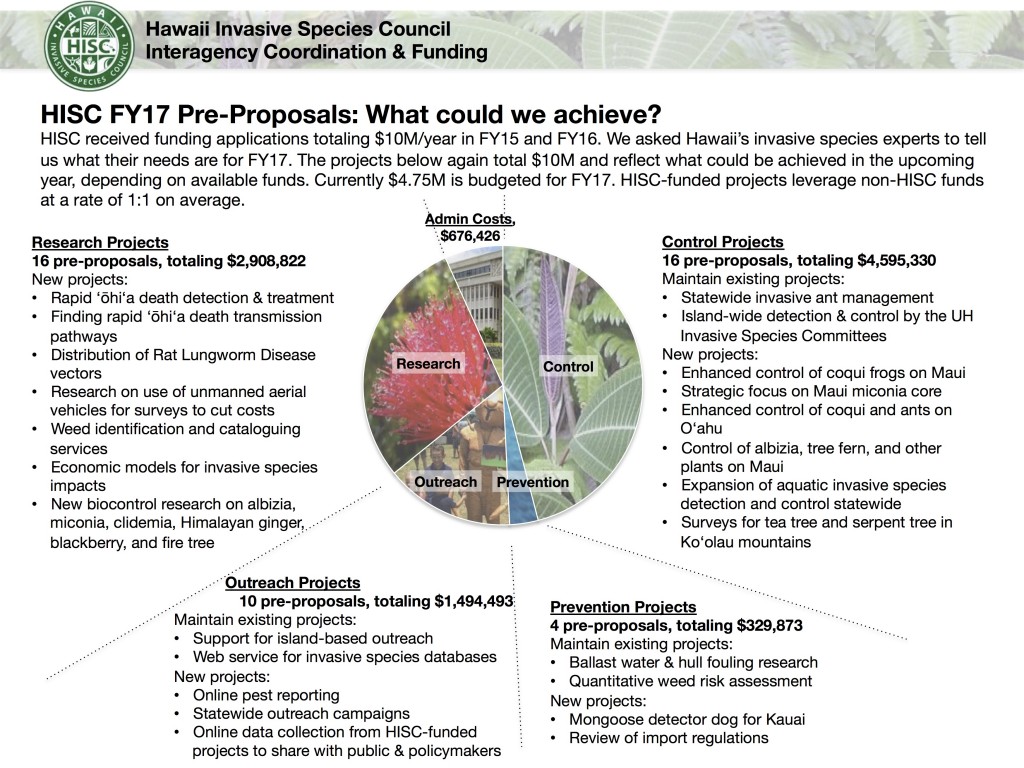