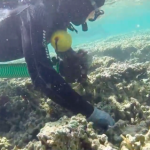 Many invasive species are already present in Hawaii and, despite our best prevention efforts, more will continue to arrive. Control of these species is necessary to mitigate or eliminate impacts to Hawaii’s environment and economy, and to the health and lifestyle of Hawaii’s people. Where possible, eradication is a preferred management option over continual control. Early detection can help identify species that are incipient, and rapid response to incipient populations can increase the likelihood of eradication. Where eradication is not feasible, the cost of continual control must be weighed against the cost of inaction. In addition to manual control, biocontrol should be considered where possible as a cost-effective means of addressing widespread invasive species.

Control WG Meeting Agenda  (scroll down for Past Meeting agendas)

Goal 1: HISC has an official list of invasive species based on criteria and processes described in HISC administrative rules.

Goal 2: Capacity for early detection and rapid response is enhanced and maintained on each island.

Each island must have sustainable capacity for early detection and rapid response to invasive species for all taxa (plants, invertebrates, vertebrates, aquatics, plants diseases, etc.).

Goal 3: A comprehensive pest reporting system is in place for Hawaii that integrates the pest hotline with online components, including desktop and mobile interfaces.

A key component of detection for control is public engagement and reporting of pests. An institutionalized reporting system integrating all forms of modern communication will make it easy and efficient for the public to report potential invasive species increasing detection and streamlining the process and communication among agencies to initiate confirmation and response.

Goal 4: Hawaii’s biocontrol program is supported and capacity is increased.

Biocontrol is a key tool for the management of invasive species and Hawaii is a global leader in effective biocontrol programs. To continue and maintain this legacy of excellence, we must have adequate facilities and staff, an informed and supportive public and decision makers and build strong international partnerships.