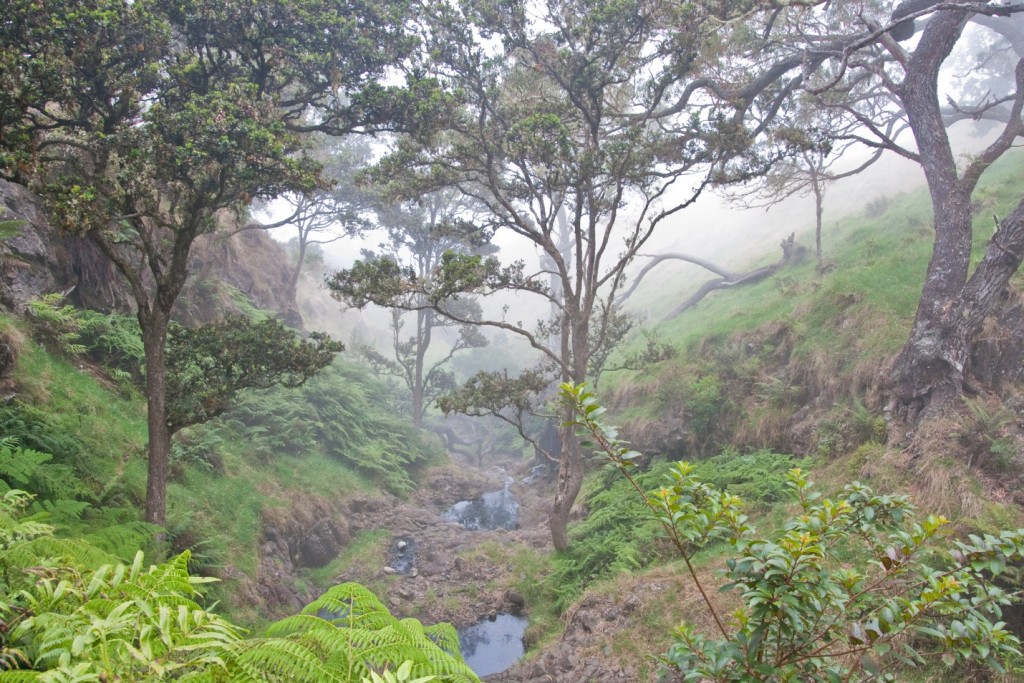 The Department of Land and Natural Resources created the 1,500-acre Nakula NAR to preserve what remains of a vast native forest that once flourished across the southern flank of Haleakalā.

This koa forest once covered an estimated 40,000 acres, extending from Makawao to Kaupō.

The trees were alive with the songs and colors of native birds, many that have since vanished from the area. Mist collected on this forest and dripped into the ground, feeding springs and streams that sustained the forest and the native Hawaiians in the coastal areas below.

Almost 90% of that forest has disappeared due to trampling and grazing of introduced cattle, goats, pigs, and deer, invasion of alien plants, and logging, yet a few small sections remain. The Nakula NAR seeks to preserve a still-diverse remainder of the forest and restore it to be enjoyed by current and future generations.

“The protection of the plants and animals of Nakula sustains the life of the wao akua (realm of the gods) of the misty upland forests, and important native Hawaiian cultural resources such as the ancient koa and ‘ohi‘a trees. The seedbank of the ancient forest remains in the Nakula NAR, and with protection from threats, the forest can be restored,” says William Ailā, Jr., DLNR Chairperson.

Despite being degraded by years of cattle and goat activity, the Nakula forest has great potential for natural regeneration. It has been repeatedly demonstrated that koa forest can rapidly regrow in areas fenced from grazing animals like goats and deer. Downslope and wind from Nakula, the

DLNR will soon begin construction to complete a fence that protects another remnant native forest, the dryland forest of Kanaio NAR. The fence will protect Kanaio from grazing animals such as deer and goats, while pedestrian gates will continue to allow public access for hiking and nature study. Preserving this forest from degradation will let the Maui community experience this natural and cultural legacy unique to leeward Haleakalā.

“In addition to managing the Reserves, the DLNR seeks to expand restoration of the forest as a member of the Leeward Haleakalā Watershed Restoration Partnership, an alliance of landowners committed to restoring the forested watersheds across the landscape,” says Ailā.

By restoring wiliwili forests in the lowlands of Kanaio NAR to designating the high elevation koa forests of the new Nakula Reserve, DLNR is working to revive the vast forest of leeward Haleakalā, from mauka to makai.