DOFAW recognizes the immense role that our kupuna have played in forwarding conservation in Hawai’i. Though many people have contributed to Hawaiʻi’s conservation efforts, DOFAW periodically highlights specific stories of conservation leaders on this page. You can find more historical conservation information on the Hawaiʻi Conservation Alliance’s list of previous awardees.

Dr. Fern P. Duvall II retired from the DLNR Division of Forestry & Wildlife in 2021, completing nearly 38 years of service with conservation in Hawaiʻi. He first came to Maui as a contractor in 1984 to help develop captive breeding techniques for endangered birds. At Olinda, Fern worked on the incubation process for ʻalalā and in 1988 helped to hatch the first ʻalalā in seven years. Fern became the State Aviculturist and joined the civil service in 1988, then a Wildlife Biologist in 1996, and in 2015 became the Maui Program Manager for the Native Ecosystems Protection & Management Program. Fern was also a founding member of important partnerships in Hawaiʻi, including the Maui Invasive Species Committee. His decades of service and substantial contributions to the conservation of birds and ecosystems have had a lasting, positive impact on Hawaiʻi’s environment and on our conservation community.

In the short video below, Fern recounts his history in Hawaiʻi, particularly his time with ʻalalā at Olinda, and shares his manaʻo for those beginning a conservation career in Hawaiʻi.

The impact of Betsy Harrison Gagne on conservation in Hawaiʻi defies categorization. She wasn’t a leader in just one field; she was a pioneer and a foundational influence in many. She built awareness of Hawaiian land snails and capacity for their protection and recovery. She was an expert in botany and helped discover new plant species. She worked on native invertebrate projects and educational programs. She was part of the group of researchers that discovered the poʻouli in the 70s on Maui. In the 90s she was the first biologist to identify invasive miconia spreading into the forest near Hāna, and began an outreach effort that led to the creation of the Invasive Species Committees. She was a longtime Executive Secretary for the Natural Area Reserves Commission at DOFAW, serving until her retirement.

In the 13-minute mini-documentary below, colleagues recount Betsy’s extraordinary career, describe her profound legacy, and share their messages for their valued collaborator and friend. 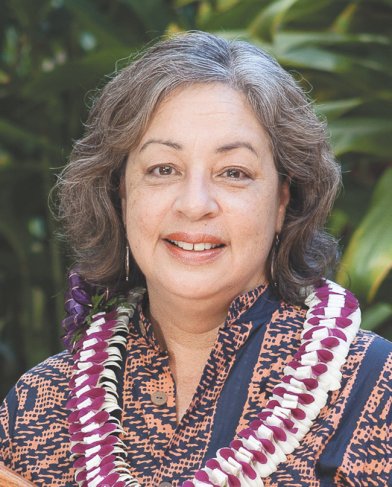 Alan C. Ziegler’s legacy includes newly discovered native bird species, connected histories, an award-winning book on Hawai’i’s natural history and, most treasured of all, his daughter Marjorie Ziegler. At birth she inherited the passion and ‘ike (knowledge) of her father; as a result, Ms. Ziegler was a force that effected positive change for the betterment of Hawai’i’s people, plants, animals, and environment. Since her small kid days growing up in Kane‘ohe, Marjorie enlivened her passion and ‘ike through advocacy, collaboration, humble servant leadership, and dedication to protect and enhance the ecosystems of ka pae ‘āina o Hawai’i.

In her fourteen years as a resource analyst with Earthjustice’s Mid-Pacific office, the assiduous Ms. Ziegler engaged the community as a passionate advocate for Hawai’i nei and its bio-cultural resources. She was instrumental in building strong community-based coalitions to support legal campaigns seeking to protect Hawai’i’s environment. Recognizing the power of the media, Ms. Ziegler also co-founded Hawai’i’s leading environmental news resource, Environment Hawai’i.

As Executive Director of Conservation Council for Hawai’i since 2003, Ms. Ziegler recognized the vital role of youth in addressing environmental problems, developing the Poster Partner program to bring environmental issues to students by providing annual educational wildlife posters that adorn classrooms of every school throughout the state. Through CCH, she launched numerous campaigns seeking to protect native species, including keeping pressure on the state to fence critical habitat on Mauna Kea for the palila, a highly-endangered native honeycreeper that is threatened by ungulates; preventing development at the site of the ‘Ewa sinkholes on O’ahu, where unique and extinct Hawaiian bird species were discovered and their fossils remain; pushing for responsible game management that concurrently allows for hunting while also protecting the native habitats game animals have historically destroyed; and the Manu Kai campaign, raising awareness about the plight of Hawaiian seabirds which are threatened by introduced predators, the longline swordfish industry, and the loss of nesting habitat due to sea-level rise.

Recognizing the importance of mobilizing the community effectively to lobby the legislature to achieve environmental goals, Ms. Ziegler also spearheaded and continued to dynamically lead the Environmental Legislative Network, bringing together individuals and environmental organizations as a united front each legislative session. Ms. Ziegler also recognized the role of public volunteerism in government initiatives to increase Hawai’i’s land conservation capacity as the chair of the City and County of Honolulu’s Clean Water and Natural Lands Commission. As a lifelong steward of our state’s lands, she also served on DLNR’s Legacy Land Conservation Commission from 2015-2017, and the 2019 State Legislature noted that Marjorie’s work “had an unparalleled impact on Hawai’i’s conservation landscape.” Seen here.

Through her tireless dedication, hard work, and aloha, Ms. Ziegler had an enduring ability to give a voice to Hawai’i’s plants, animals, land, and sea, to make environmental issues relevant, and to embolden human beings to mālama individual species, entire ecosystems, and ka pae ‘āina o Hawai’i.

-This account is adapted from the 2011 HCA award nomination for Marjorie.