From legends to lei, and later to theories of evolution, “Hawai‘i’s jewels of the forest” have been important components of local culture and lore, and instrumental in the development of scientific theories of evolution. In Hawaiʻi snails are said to sing. While the source of this voice has been debated for many years,  Hawaiian folklore suggests the snails themselves were the source of sound. Consequently, in Hawaiian custom, snails were the voice of the forest, and they embodied the Polynesian oral tradition of passing on one’s genealogy through singing, making them extremely important to the cultural practices of hula and chant.

Words and phrases referring to land snails in the Hawaiian language often allude to sound, voice or music:

Old Hawaiian tradition describes the sound of the land snail in a variety of ways including as a whistle, a  stridulation, a chirp, a  trill, a peep peep peep or a cheep cheep cheep (Yoshio Kondo). The evening chant of the snails is said to go as follows:

Fetch me some dew,

Dew from the pink fern

Kolea is the pacific golden plover, common in Hawaiʻi during certain times of the year, and akolea is a species of fern. In the chant the snails are asking the plover to fetch dew from the fern to bring the snails a drink of water. This old chant has many iterations however in more recent times singer dancer and composer Winona Beamer put this chant to music and it is now a popular song and one of the first hula that children in the islands learn.

While legends of the singing Hawaiian land snails abound, land mollusks have no sound producing organ, consequently there are many different theories as to what makes/made the sound associated with the land snail. In 1913, R.C.L Perkins, an early naturalist in the islands, attributed the sound of the tree snail to crickets. Hawaiʻi has many species of small crickets that occupy the same habitats as snails. To the untrained eye these crickets are seldom seen and many are nocturnal like the snails.   Tree snails, when compared to crickets are obvious and they move their mouths as the graze on fungus, bacteria and algae that grow on leaf surfaces.  Might this be an example of biological ventriloquism? 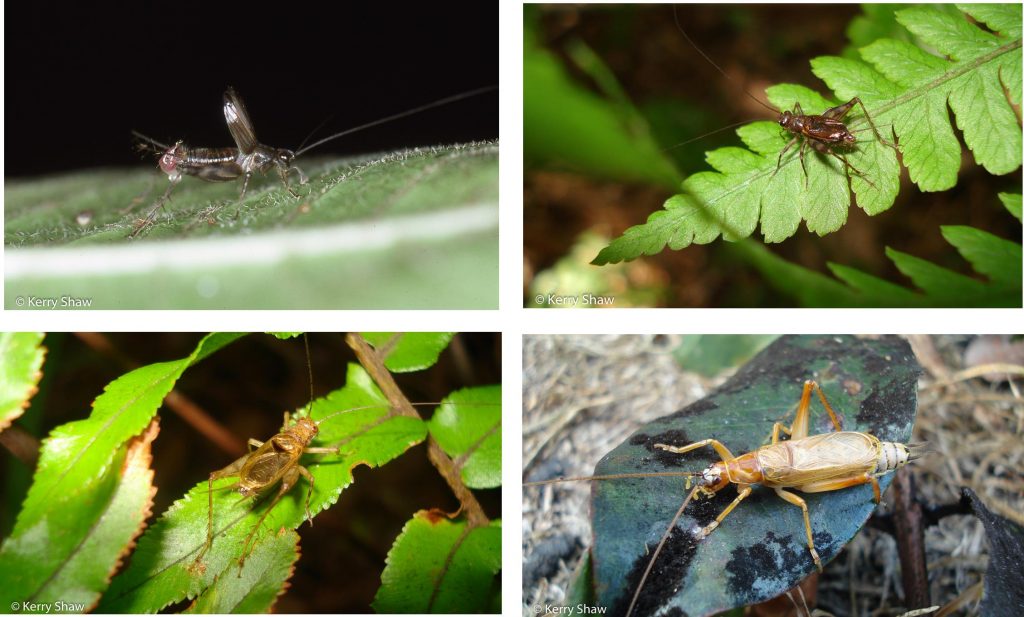 While biological ventriloquism is the most widely accepted theory, perhaps snails just don’t sing for the scientists… Whatever the true source of sound is or was, it may remain a mystery. 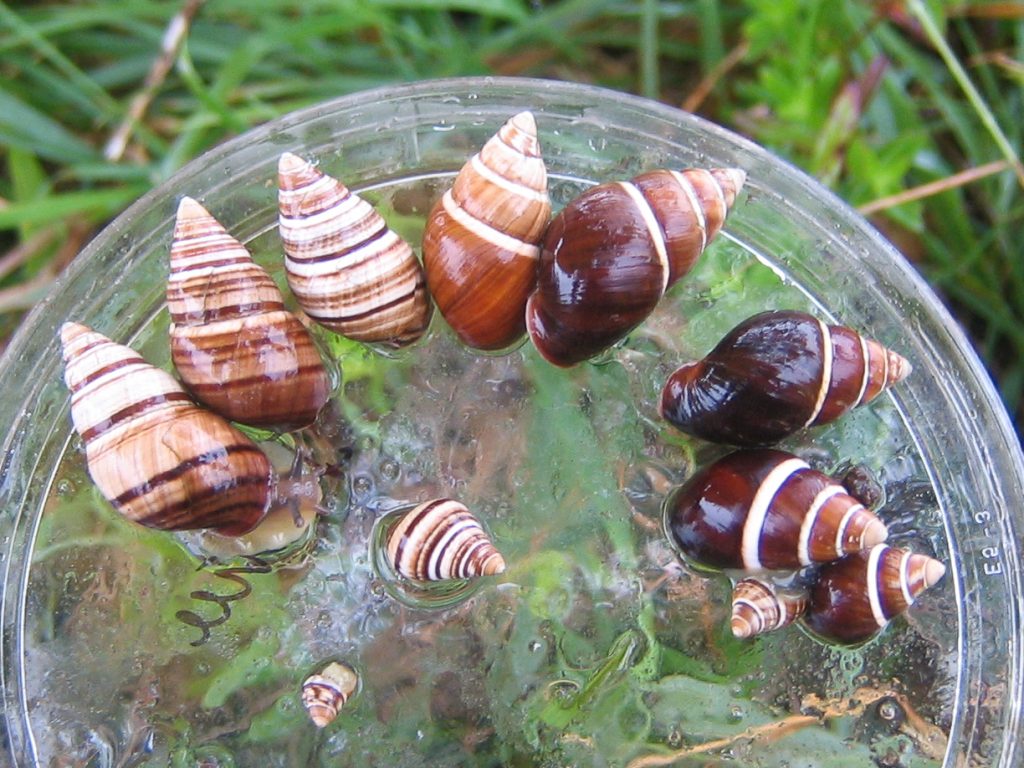 Partulina redfieldi from the island of Molokaʻi in a petri dish

Places in the islands were named for the snails that occurred there.

The ahupuaʻa (ancient land division) of Pūpū kea on the North Shore of the island of Oʻahu translates to “white shell”, a name that pays homage to tree snails that once occurred in the area.

Kalaniakapuu,  the summer palace of King Kamehameha III, translates to the “the singing of the land shells”. Kalaniakapuu is located in Nuʻuanu Valley on the island of Oʻahu. While it was once a grand palace surrounded by colonies of native tree snails, today it exists as only ruins and the snails for which the place is named are extinct. 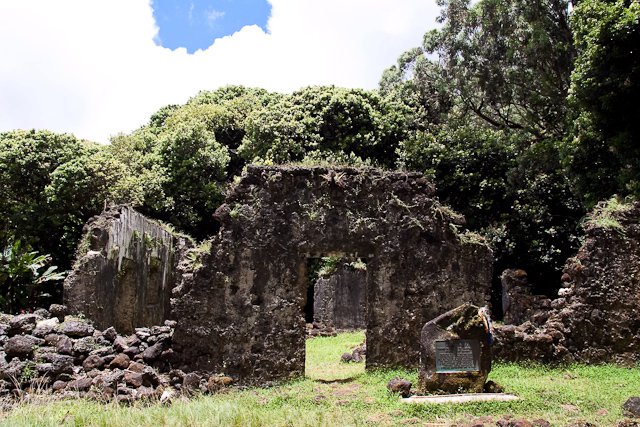