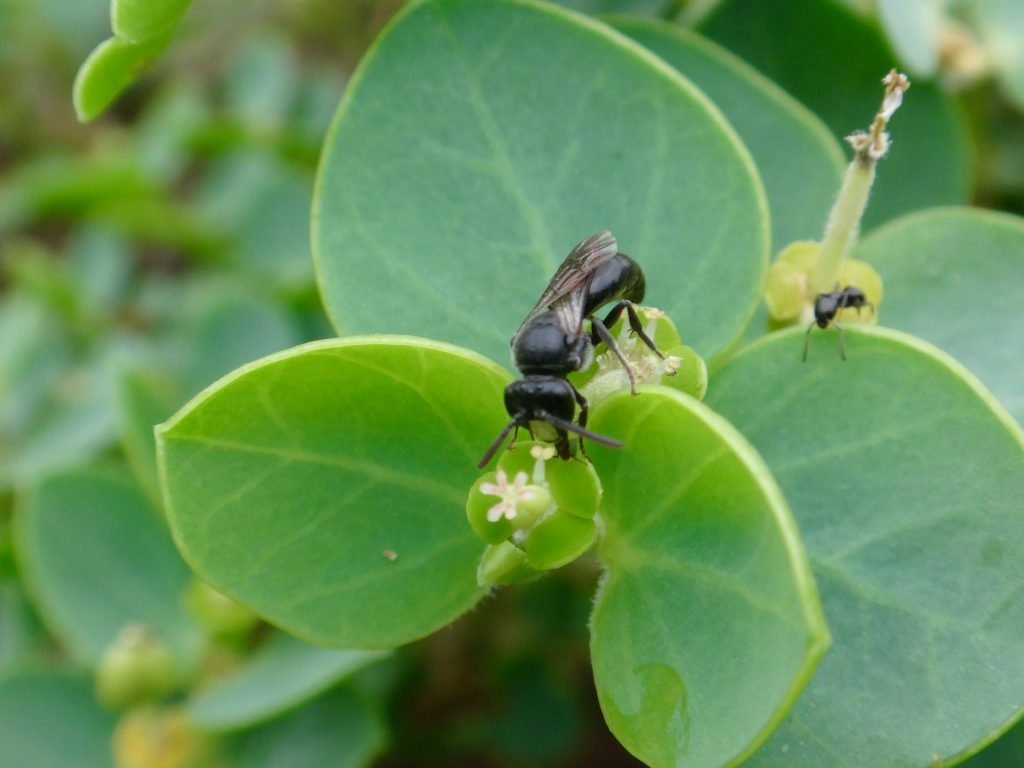 Early naturalist R.C.L. Perkins described Hawaiian yellow-faced bees as “almost the most ubiquitous of any Hawaiian insects” during surveys he conducted in Hawai‘i during the late 19th century. However, like many of Hawaiʻi’s native species, yellow-faced bees have experienced dramatic range reductions, population declines and possibly extinctions over the last 100 years. As a consequence, thirty-three yellow-faced bee species were placed on the U.S. Fish and Wildlife Service Category 2 candidate list, and were later reclassified as “Species of Concern” (SOC) in 1996. In March 2009 an invertebrate conservation organization, The Xerces Society, petitioned for the federal listing of seven species of yellow-faced bees, citing that there are sufficient data which show the species to be at imminent risk of extinction. In 2010, the U.S. Fish and Wildlife Service responded by publishing a 90-day finding for the seven species (Hylaeus anthracinus, H. assimulans, H. facilis, H. hilaris, H. kuakea, H. longiceps, and H. mana). In 2016, these species were classified as Endangered.

The 63 species in the bee genus Hylaeus occur on all the Main Hawaiian Islands (MHI) and Nihoa.

Native Hawaiian yellow-faced bees in the genus Hylaeus (Hymenoptera: Colletidae) have adapted to a wide array of habitat types ranging from coastal strand to high elevation wet forests. They nest in hollow stems, holes in trees, under bark, in crevices, or in burrows in soil.

Like many native species, yellow-faced bees, once so abundant across the Hawaiian Islands, have experienced extensive range reductions, population declines and extinctions over the last 100 years. The group is highly susceptible to habitat loss and alteration, and local declines. Loss of bees in some areas may be attributed in part to the invasion of non-native arthropods. Yellow-faced bees are vulnerable to direct predation from generalist predators such as ants and non-native social and solitary hymenoptera compete for nesting and floral resources, and also serve as a reservoir for novel pathogens.

Below are some of our education materials related to yellow-faced bees. Find more videos and activities on our Education pages. 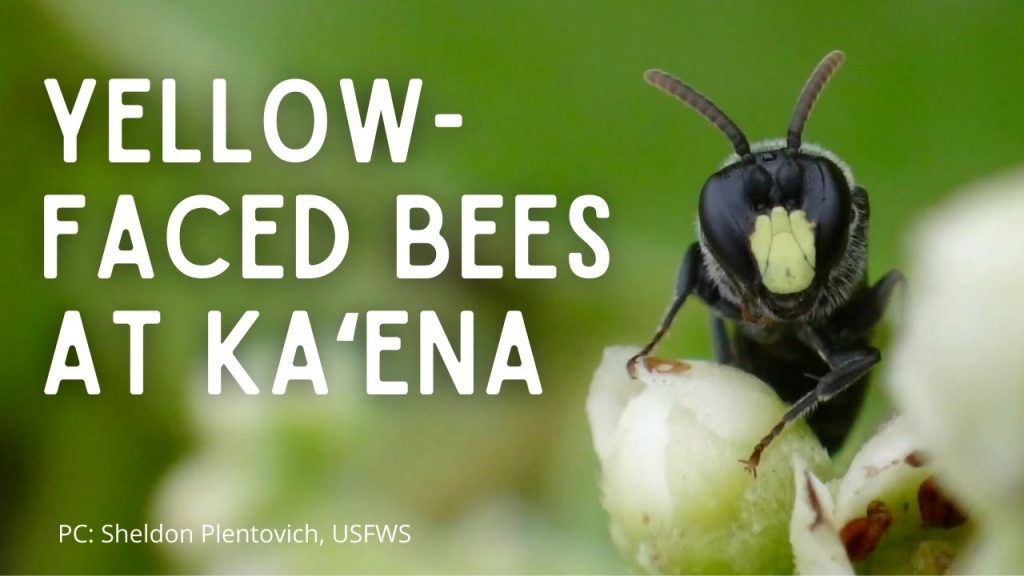 DLNR DOFAW and partners at the US Fish and Wildlife Service and University of Hawaiʻi have assessed the presence and distribution of 19 native Hawaiian yellow-faced bee species (Hylaeus spp.) on lands adjacent to military installations on O‘ahu and Hawai‘i Island. Partners have also engaged in habitat protection and translocation of populations to encourage establishment of new habitat.

For more information and references, see the State Wildlife Action Plan Fact Sheet for order Hymenoptera. Species summaries are also available below for some Hylaeus species. Readers should note that these summaries are from 2005, and the conservation status and other information regarding these species is reflective of the time of writing: 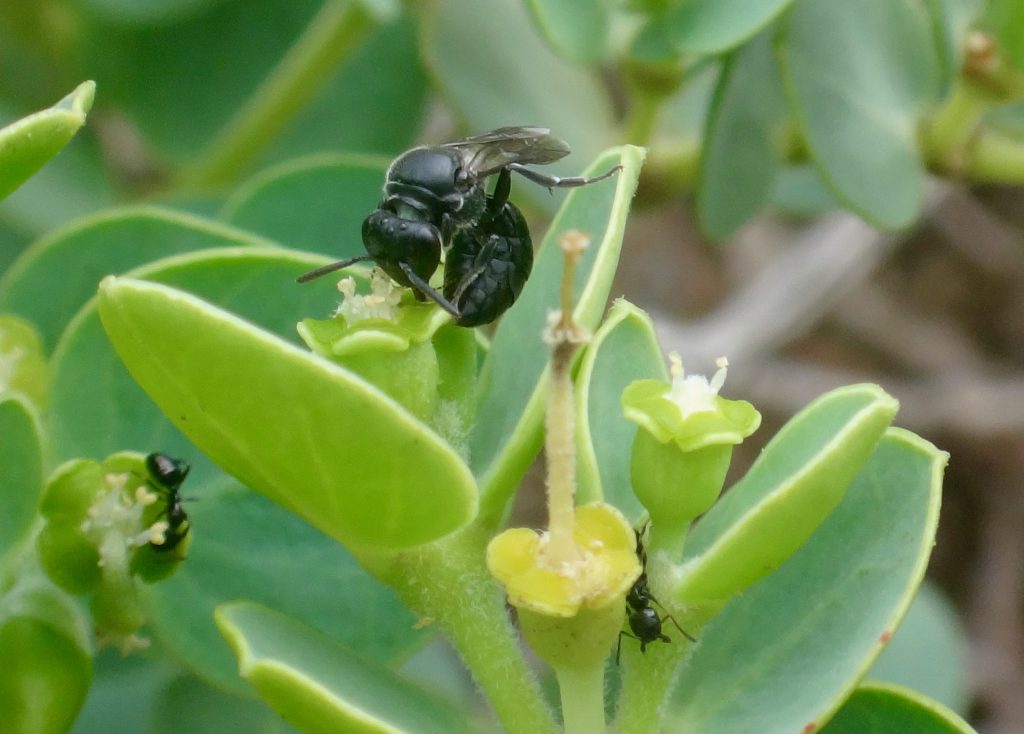 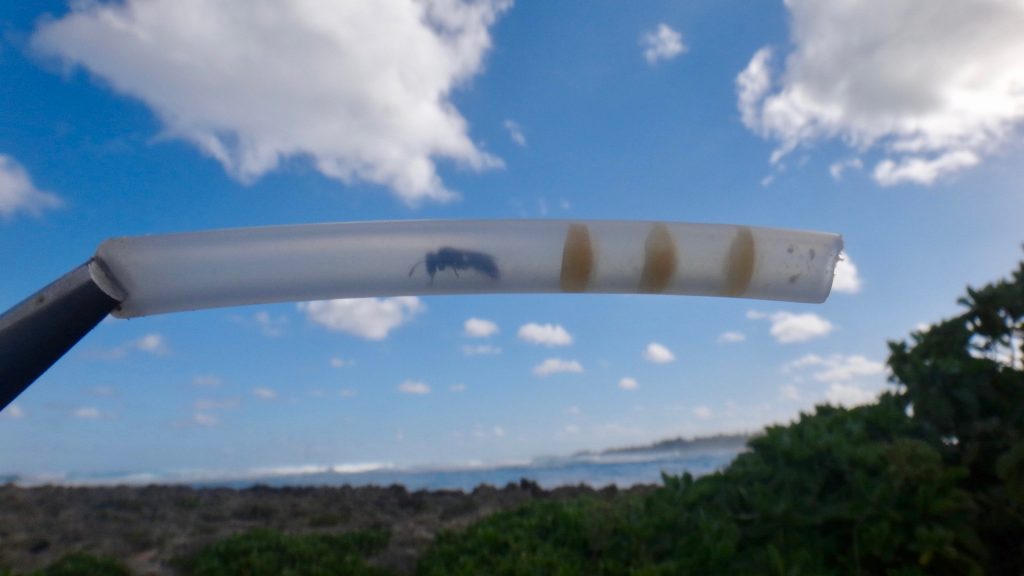 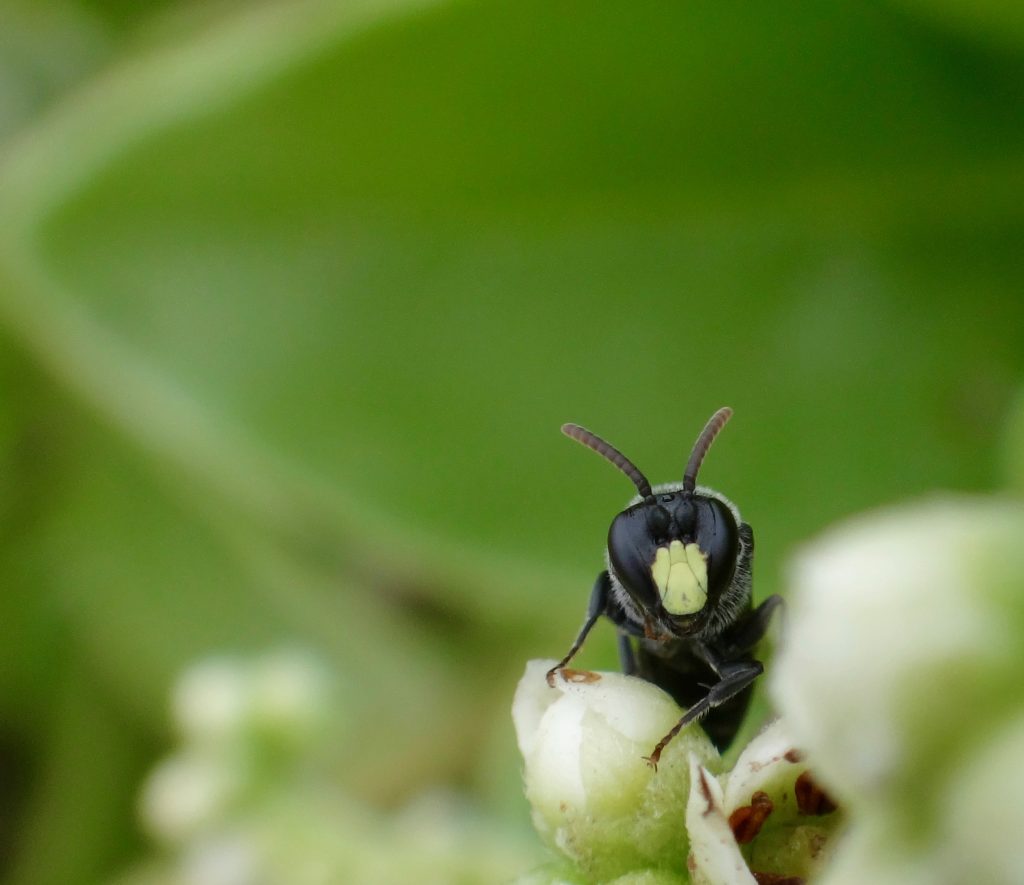 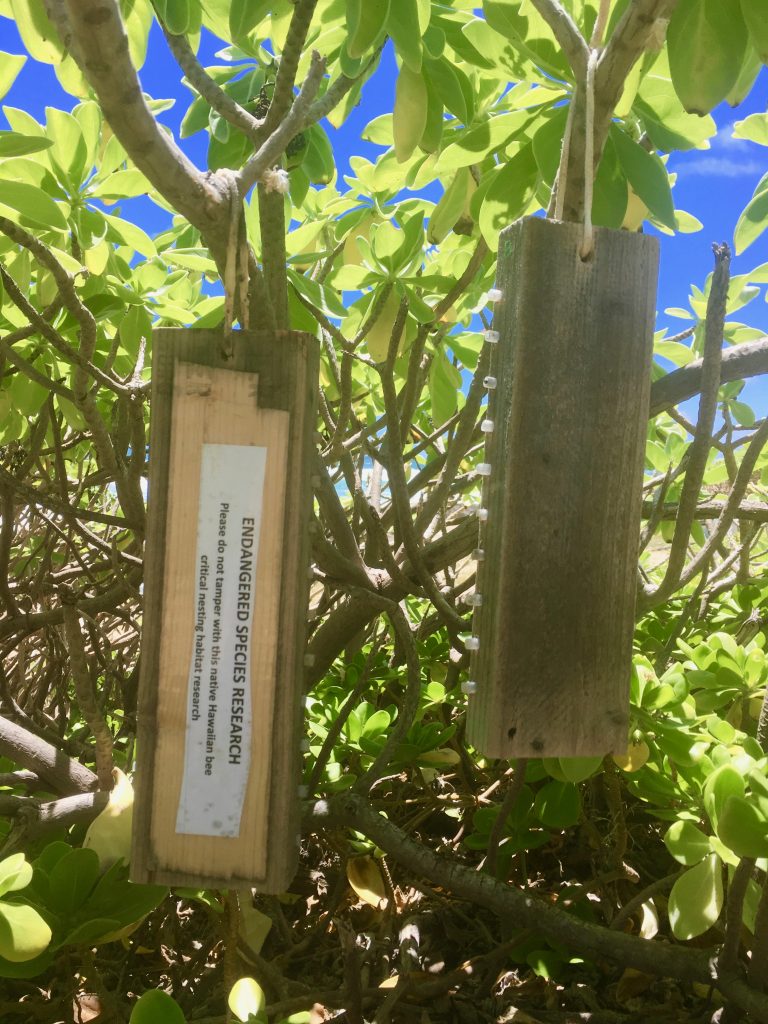