The ‘ākohekohe, or crested honeycreeper (Family: Fringillidae), is the largest extant honeycreeper on Maui Nui (Lāna‘i, Moloka‘i, Maui, and Kaho‘olawe). Although primarily black, the plumage of the ‘ākohekohe is striking. Depending on their location, feathers are tipped with orange-yellow, gray, silver, or white. Orange feathers surround the eyes and extend over the nape, orange or yellow-white feathers cover the thighs, the epaulettes (“shoulders”) are white with orange tips, and there is a distinctive plume of white feathers that curl forward over the bill giving them the name crested honeycreeper. The Hawaiian name, ʻākohekohe is derived from one of the calls they make. They do not sing but produce a random series of buzzes, croaks, and whistles They are primarily nectarivorous, feeding mainly on ‘ōhi‘a lehua (Metrosideros polymorpha), but also from the flowers of other trees and shrubs. ‘Ākohekohe are strong fliers and will move from low to high elevations in search of blooming ‘ōhi‘a. Arthropods, mainly gleaned from ‘ōhi‘a, are also part of the species’ diet. They spend up to 70 percent of the day foraging. They aggressively defend feeding and nesting territories year-round. Females build open-cup nests primarily in ‘ōhi‘a, incubate one or two eggs, and brood nestlings; male feeds female on nest. Newly-flying birds can forage independently 10 to 14 days after leaving the nest. Pairs successfully raise two to three sets of offspring per season.

Restricted to a 24 square kilometer (<10 square mile) area on the northeastern slope of Haleakalā at 1,525 and 2,133 meters (5,000 – 7,000 feet) on the island of Maui. Subfossil evidence indicates they once occurred in Maui’s lowland dry forests and in eastern Moloka‘i. They currently occupy 5 percent of their historical range (UH PCSU, 2021).

‘Ākohekohe are likely susceptible to the same factors that threaten other native Hawaiian forest birds, including habitat loss and degradation, predation by introduced mammals, and disease. For ‘ākohekohe, the following are of particular concern: 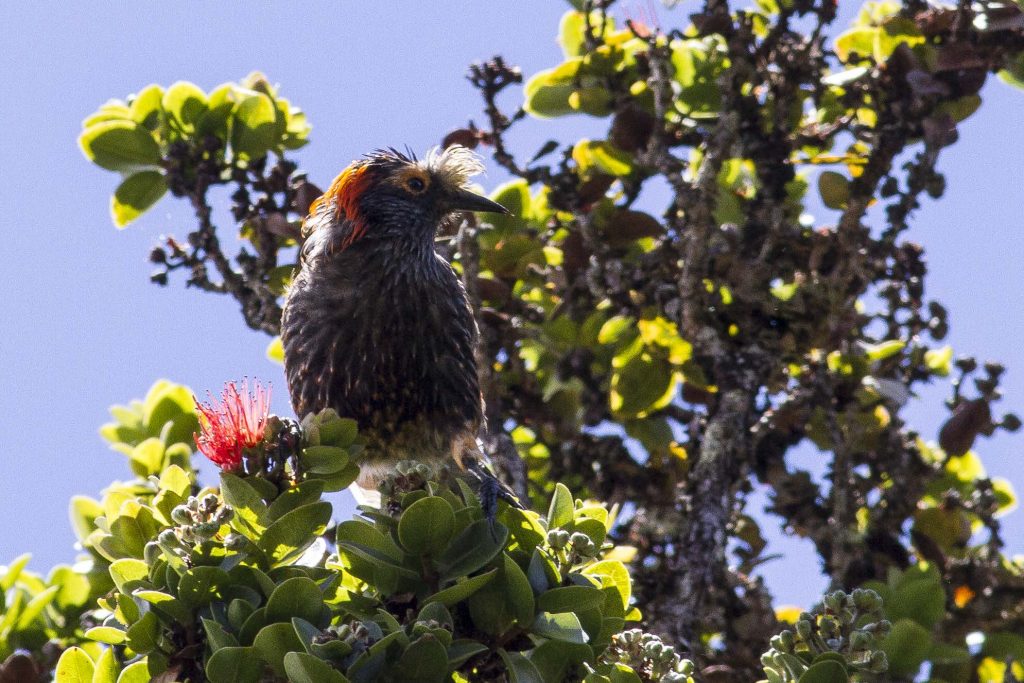 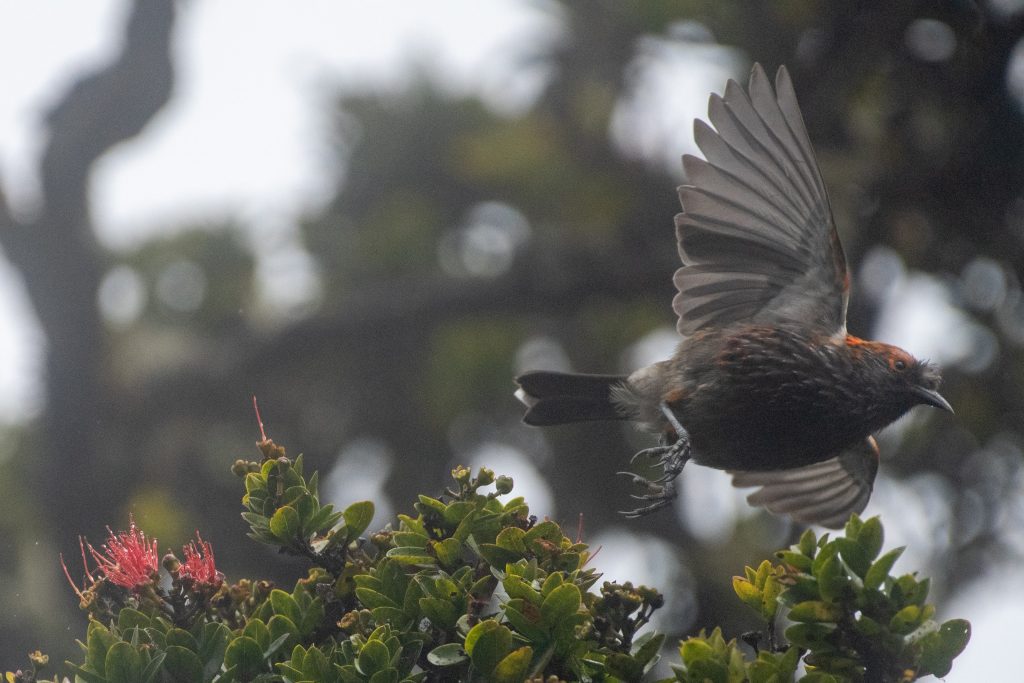