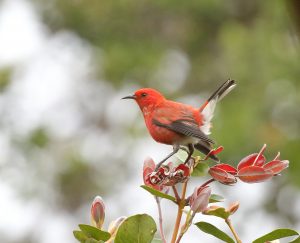 The ‘apapane is a small, deep rich red-colored, primarily nectarivorous Hawaiian honeycreeper (Family: Fringillidae) and is an important ‘ōhi‘a (Metrosideros polymorpha) pollinator. It is the most abundant and widely distributed Hawaiian honeycreeper, and is often seen flying above the canopy in search of patches of flowering ‘ōhi‘a. Wide-ranging movements may facilitate disease transmission among native forest birds. ‘Apapane often forage in flocks composed of their same species, likely to overwhelm ‘i‘iwi (Vestiaria coccinea) and ‘ākohekohe (Palmeria dolei), which often defend flower-rich trees. Outside the breeding season, ‘apapane also join hunting parties made up of several species. They feed on insects, which they glean from outer foliage and twigs in the upper- and mid-canopy. Sexual chasing and courtship feeding often comes before nest building, a task shared by both male and female. Pairs defend small territories around nests. Females incubate three eggs and brood young; males feed females away from the nest. Both parents feed nestlings (young bird that has not left the nest), and newly-flying birds may remain with their parents for up to four months.

Although populations appear stable on the islands of Hawai‘i, Maui, and Kaua‘i, they are likely susceptible to the same factors that threaten other native Hawaiian forest birds including habitat loss and degradation, predation by introduced mammals, and disease. For ‘apapane the following is of particular concern: 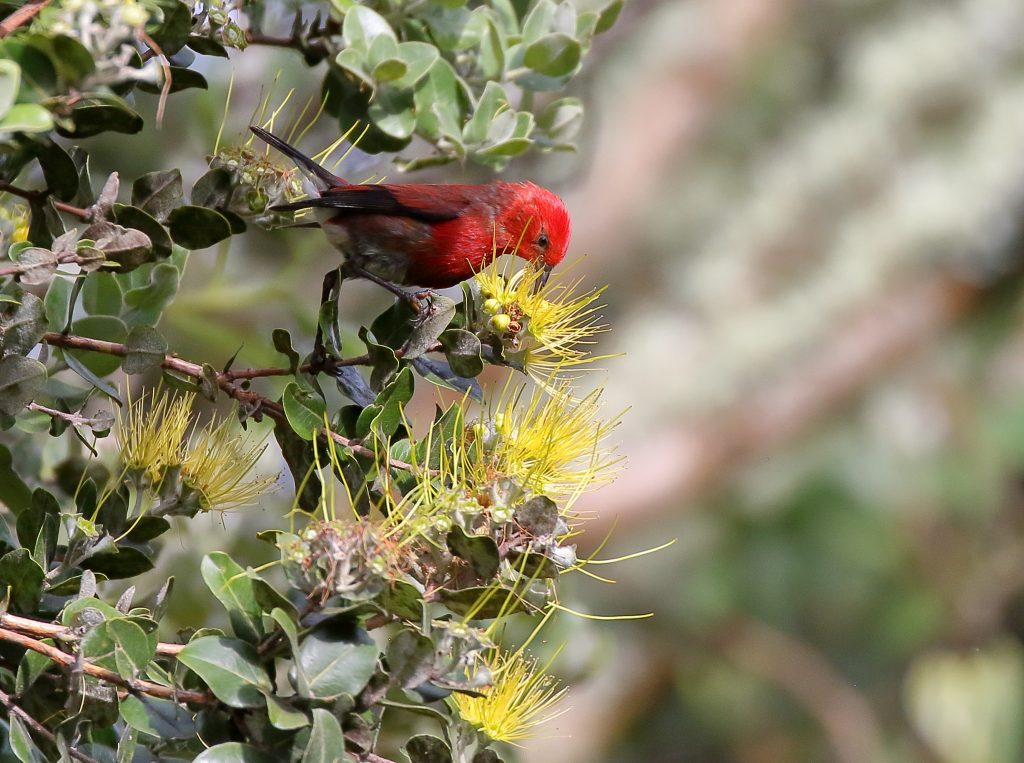 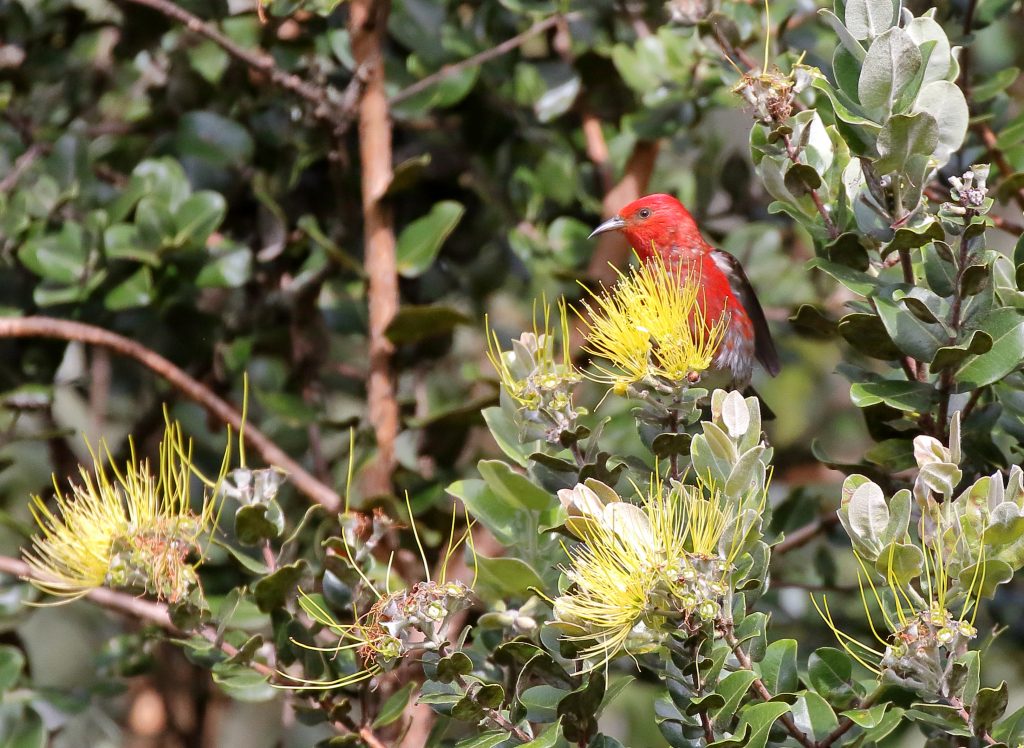 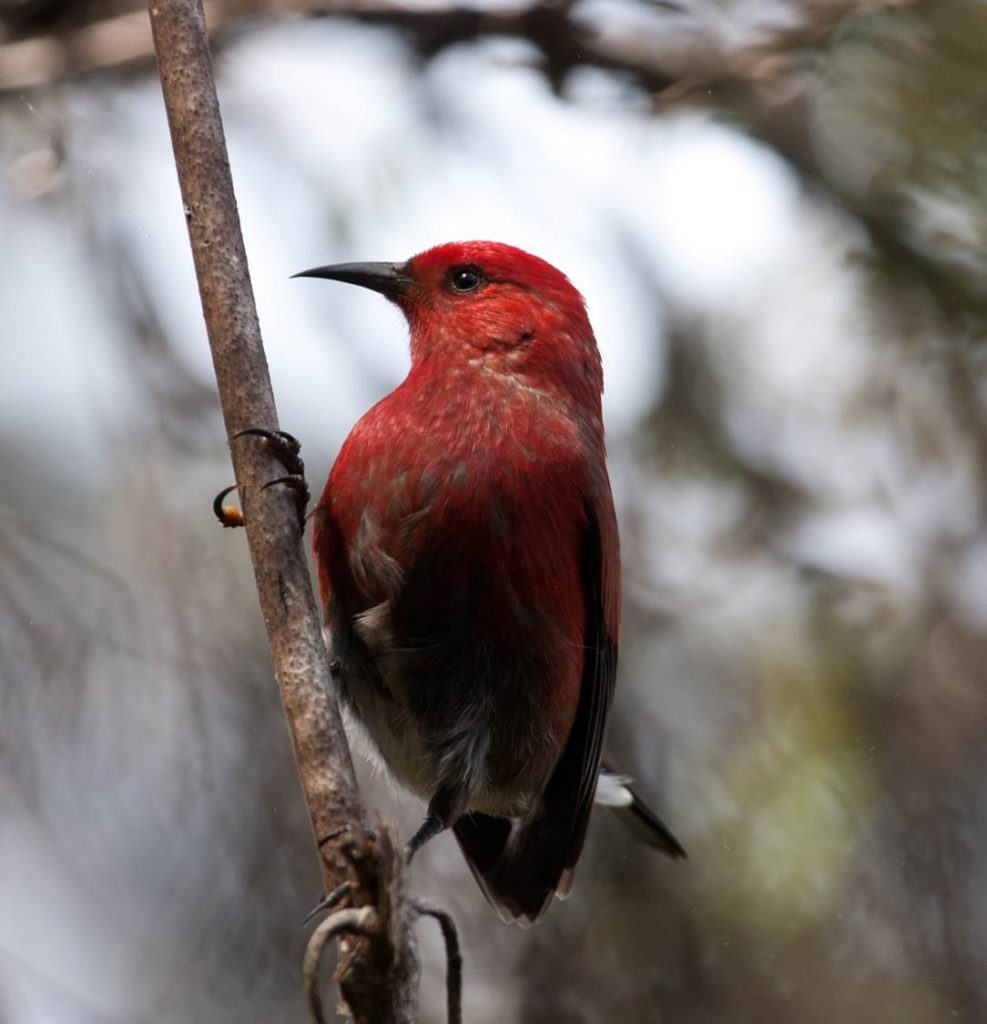 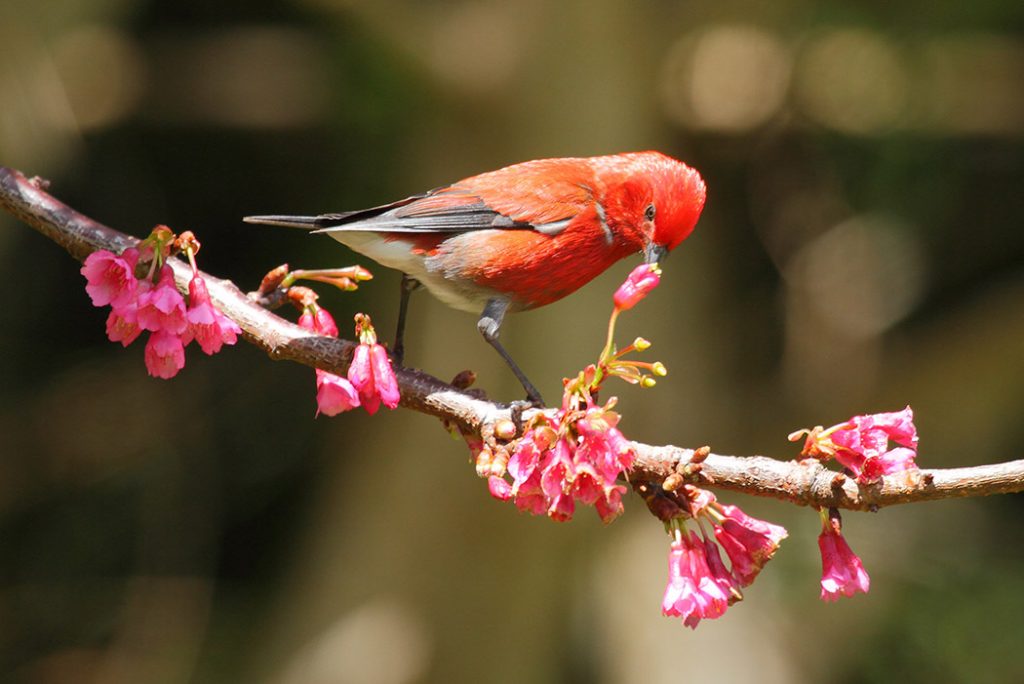 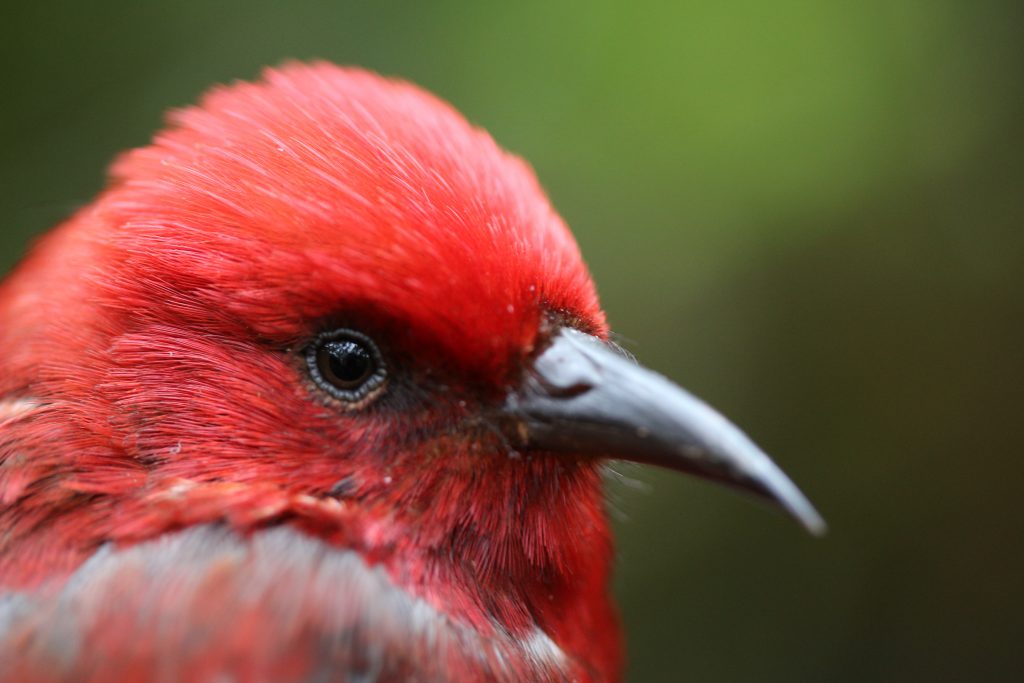