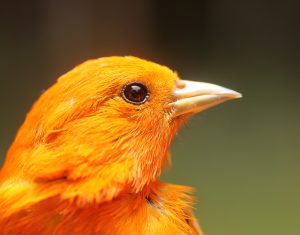 The Hawai‘i ‘ākepa is a small, insectivorous Hawaiian honeycreeper (Family: Fringillidae) endemic to the island of Hawai‘i. ‘Ākepa also are known from Maui (L. c. ochraceus) and O‘ahu (L. c. rufus); both of which are likely extinct. Currently, all ‘ākepa are considered one species, although they are recognized as critically imperiled at the subspecies level. After three years, males obtain their bright orange adult plumage; when not fully matured plumage is dull brownish orange, although individual variation is high. Females are grayishgreen with a yellow breast band. The lower mandible of the ‘ākepa is slightly bent to one side which results in the mandible tips being offset; a characteristic shared with the ‘akeke‘e (L. caeruleirostris). The bend can be to the left or right, and depending on the direction of the bend, individuals also possess an accompanying leg asymmetry; the leg opposite the curve in the mandible is slightly longer than the other leg. Together, these adaptations likely improve the species foraging efficiency. They often join mixed-species hunting groups, particularly those with Hawai‘i creepers (Oreomystis mana). They feed mainly on ‘ōhi‘a (Metrosideros polymorpha) leaf clusters, but also on koa (Acacia koa) leaves and seed pods, where it uses its bill to pry open leaf and flower buds in search of small arthropods. ‘Ākepa are obligate cavity nesters, with most nests placed in natural cavities found in old-growth ‘ōhi‘a and koa trees. Females build nests, incubate eggs, and brood chicks, and males deliver food to the female on and off the nest. Both parents feed the young, which remain with their parents for two to three months after flying.

Occurs in five isolated populations above 1,300 meters (4,300 feet) elevation on the windward side of the island of Hawai‘i. Original range likely included all forested regions of the island.

Occurs in ‘ōhi‘a and ‘ōhi‘a/koa forests above 1,300 meters (4,300 feet). Density appears to be related to the number of available cavities, and because cavities primarily occur in older, large trees, old-growth forests may be preferred. The highest density of ‘ākepa occurs in the Pua ‘Ākala tract of Hakalau Forest National Wildlife Refuge, which has numerous large trees but a degraded understory. Many areas occupied by the species have been degraded by feral ungulates. Most of the current range of the Hawai‘i ‘ākepa is managed by State and Federal agencies or private conservation partnerships. 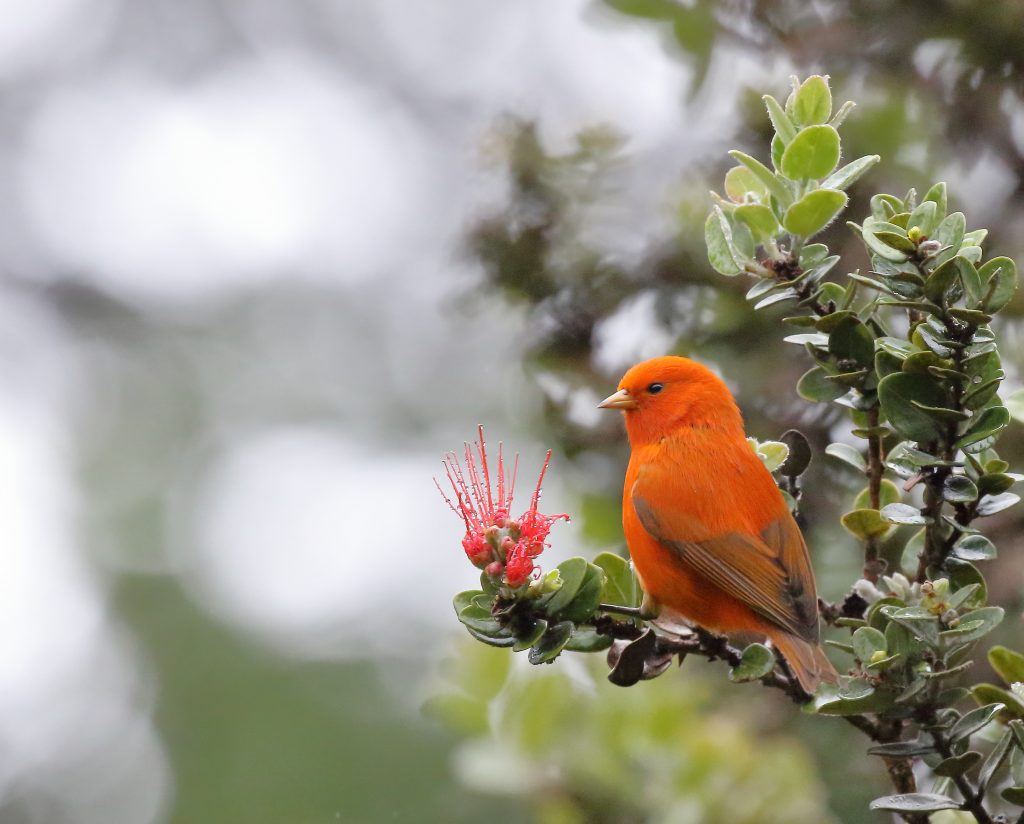 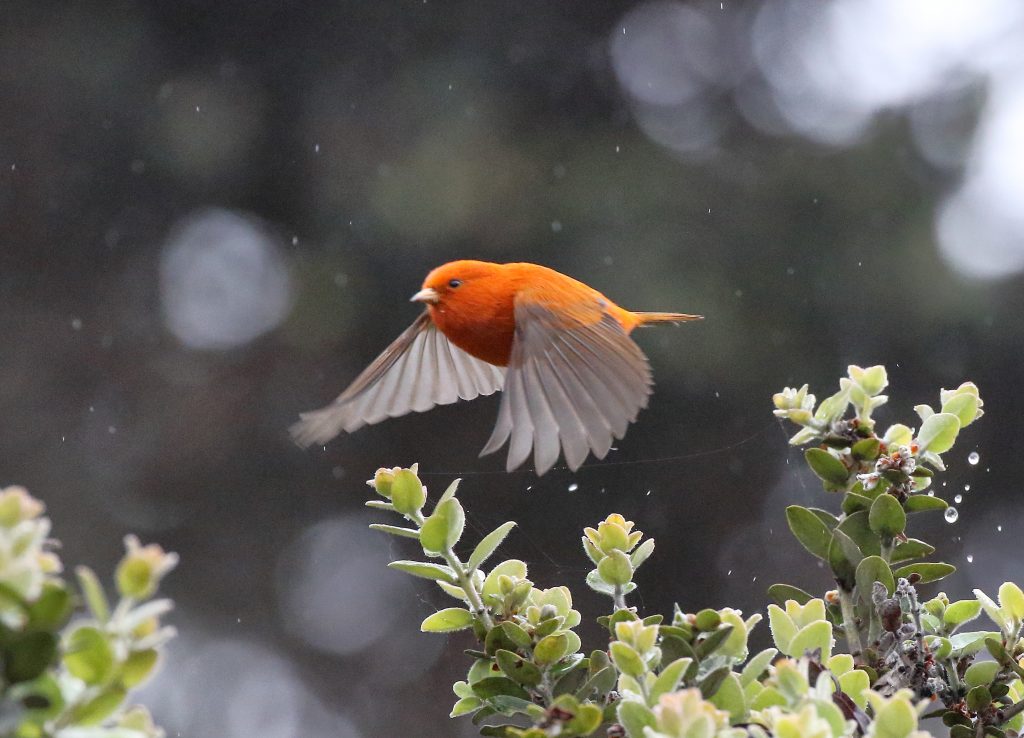 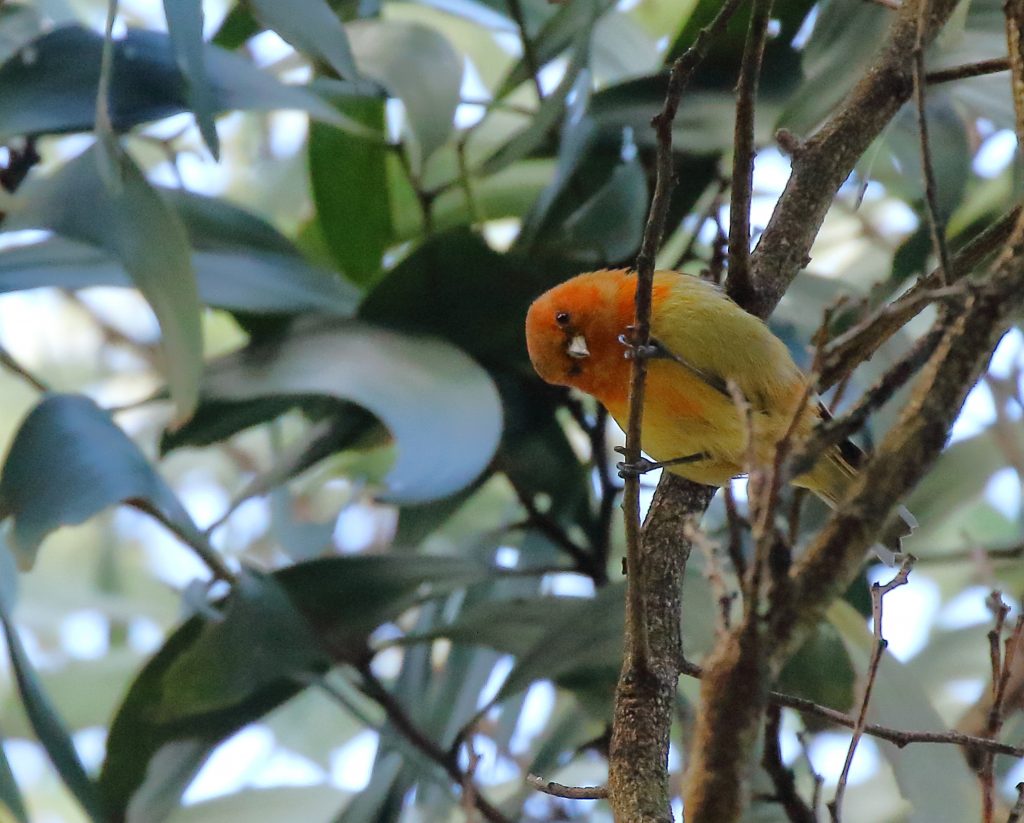