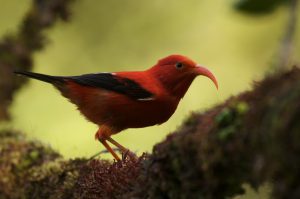 The ‘i‘iwi is one of the most beautiful of the extant Hawaiian honeycreepers (Family: Fringillidae). Both males and females are vermillion red, with a black tail and wings, and a long, decurved pink bill. Native Hawaiians created feather capes using hundreds of thousands of ‘i‘iwi feathers; such capes signified power and prestige. Like ‘apapane (Himatione sanguinea), ‘i‘iwi often fly long distances in search of flowering ‘ōhi‘a (Metrosideros polymorpha) trees and are important ‘ōhi‘a pollinators. Their diet consists primarily of nectar from a variety of native and non-native flowers and the presence of non-native flowers may have contributed to increases in some populations. In addition to nectar, ‘i‘iwi also eat small arthropods. Both sexes defend small nesting territories and may defend important nectar resources. Courtship chases and feeding may precede breeding. Nest sites are in terminal branches of ‘ōhi‘a trees and both sexes build the open-cup nest. Only females incubate eggs (typically two) and brood young. Young are mostly provisioned by female; males feed females off the nest. Despite their widespread distribution, little is known about their life history.

Occurs above 1,250 meters (4,100 feet) elevation on the islands of Hawai‘i, Maui, and Kaua‘i; and may occur at reduced densities below. Relict populations occur on O‘ahu and Moloka‘i. Historically, ‘i‘iwi were common down to low elevations on all the Main Hawaiian Islands.

Although populations appear stable on the islands of Hawai‘i and Maui, they are likely susceptible to the same factors that threaten other native Hawaiian forest birds, including habitat loss and degradation, predation by introduced mammals, and disease. For ‘i‘iwi, the following is of particular concern: 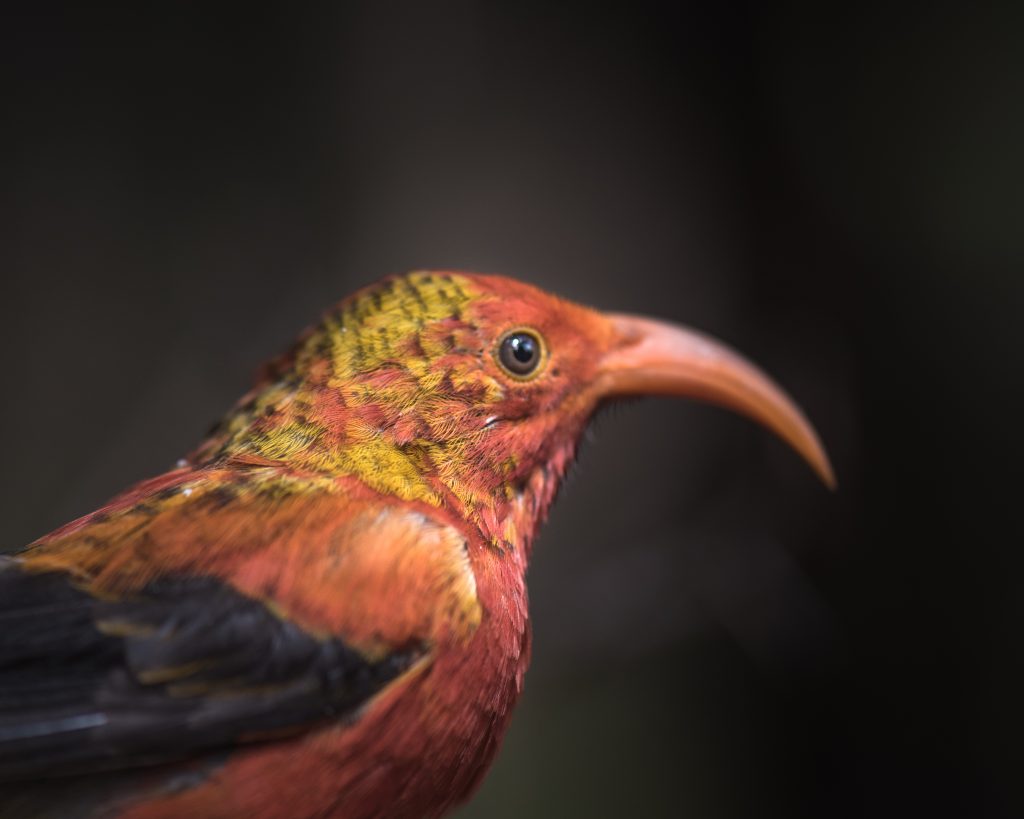 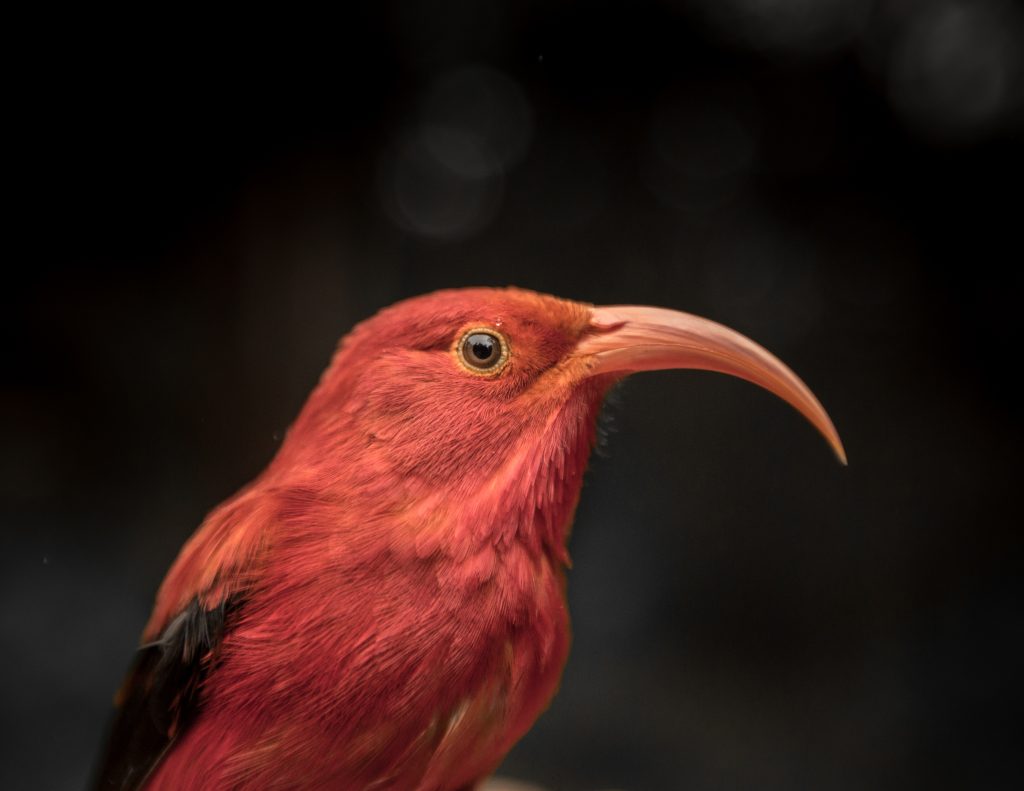 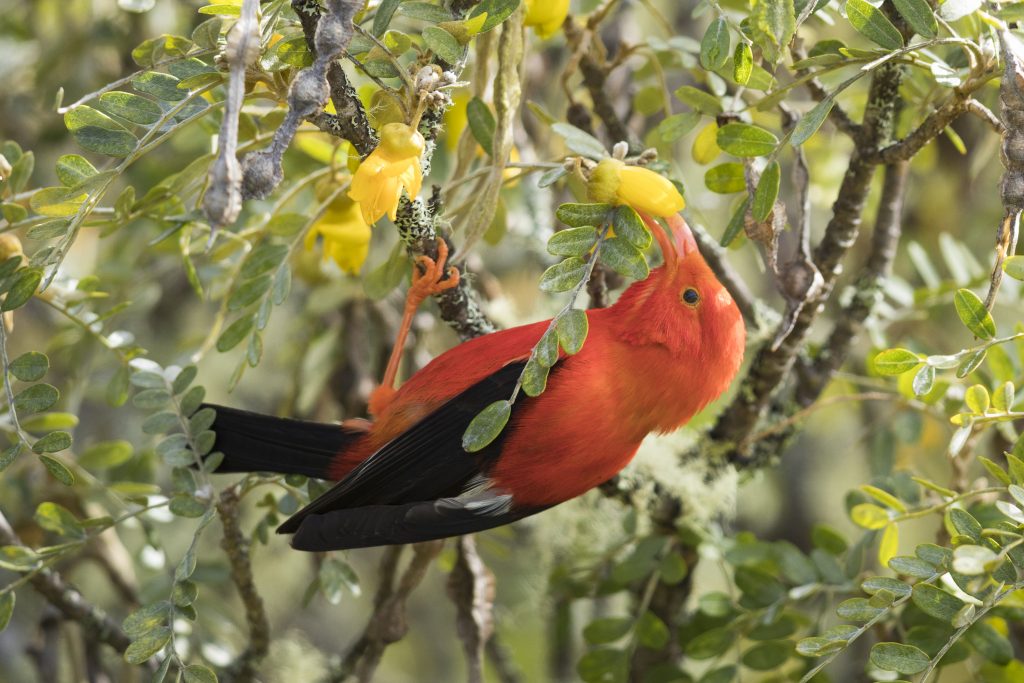