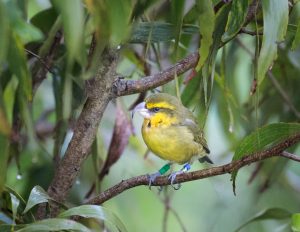 The kiwikiu or Maui parrotbill is a stocky, endangered Hawaiian honeycreeper endemic to Maui, with a short tail and a relatively large, parrot-like bill. Adults are mostly olive-green above with a yellow breast, belly and cheeks, and a bright yellow line above their eyes (i.e., supercilium). Males are typically brighter than females, although individuals are variable. Males are significantly larger than females and have a larger bill. Kiwikiu are insectivores that feed on a variety of shrubs and small trees, especially ‘akala (Rubus hawaiensis), kanawao (Broussaisia arguta), ‘ōhi‘a (Metrosideros polymorpha), and koa (Acacia koa) where they glean prey from moss-covered branches or use their bill to chisel, crack, crush, dig, and tear bark and softer wood in search of beetle and Lepidoptera larvae and pupae. Kiwikiu will also open fruit in search of insects. Pairs defend relatively large (6-8 hectare), year-round home ranges. Females build nests, incubate eggs, and brood young. Clutch size is usually one, and females feed nestlings with food delivered by males. Males feed females and fledglings. Pairs will renest after a nest failure, but are not known to attempt another nest if the first is successful. Development of bill and acquisition of foraging techniques is lengthy and juveniles remain with parents for 5 to 18 months. Because of this long period of dependency, kiwikiu are often seen in small groups and males can be seen provisioning juveniles from current and previous years. The historical Hawaiian name for this bird was lost in history. The name Kiwikiu was created by the Hawaiian Lexicon Committee in 2010 (UH PCSU, 2021).

Restricted to a ~30 square kilometer (11.5 square mile) area on the northeastern slopes of Haleakalā in east Maui between 1,525 and 2,370 meters (4,000 – 7,700 feet). Subfossils indicate they once occurred island-wide including at low elevations and leeward (southeastern) forests and on the island of Moloka‘i (UH PCSU, 2021).

Currently found in upper-elevation montane wet forests dominated by ‘ōhi‘a, and in a few mesic areas dominated by ‘ōhi‘a and koa (Acacia koa), with a dense, diverse native understory and subcanopy of ferns, sedges, epiphytes, shrubs, and small to medium trees. Historic range thought to also include low and mid-elevation dry and mesic forest dominated by not only ʻ‘ōhi‘a, but also koa. Most of the current range is managed by the National Park Service, State of Hawai‘i, State of Hawaiʻi DLNR, and The Nature Conservancy (TNC) (UH PCSU, 2021). 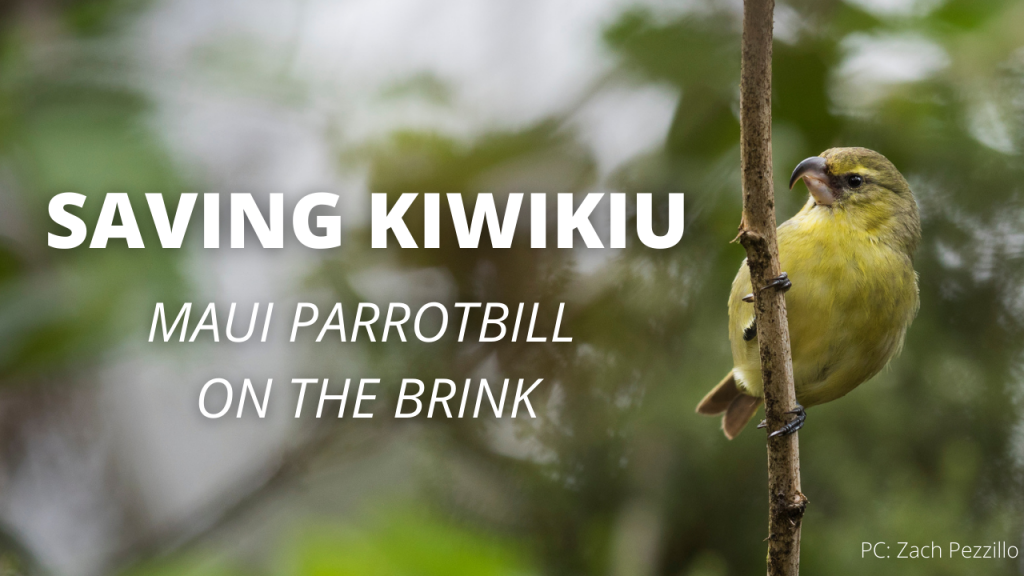 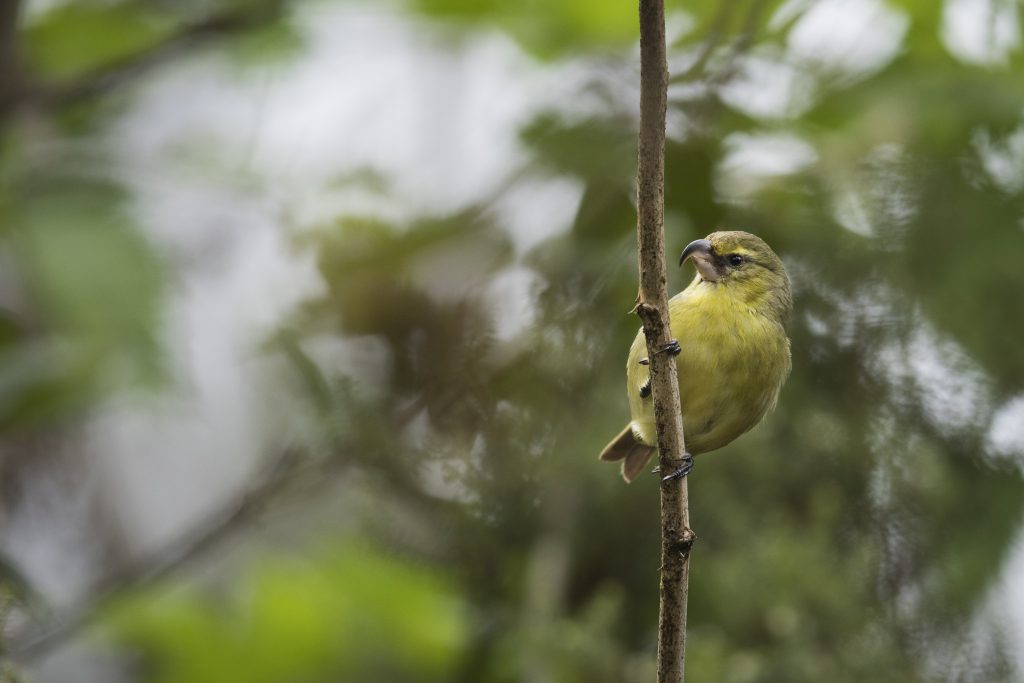 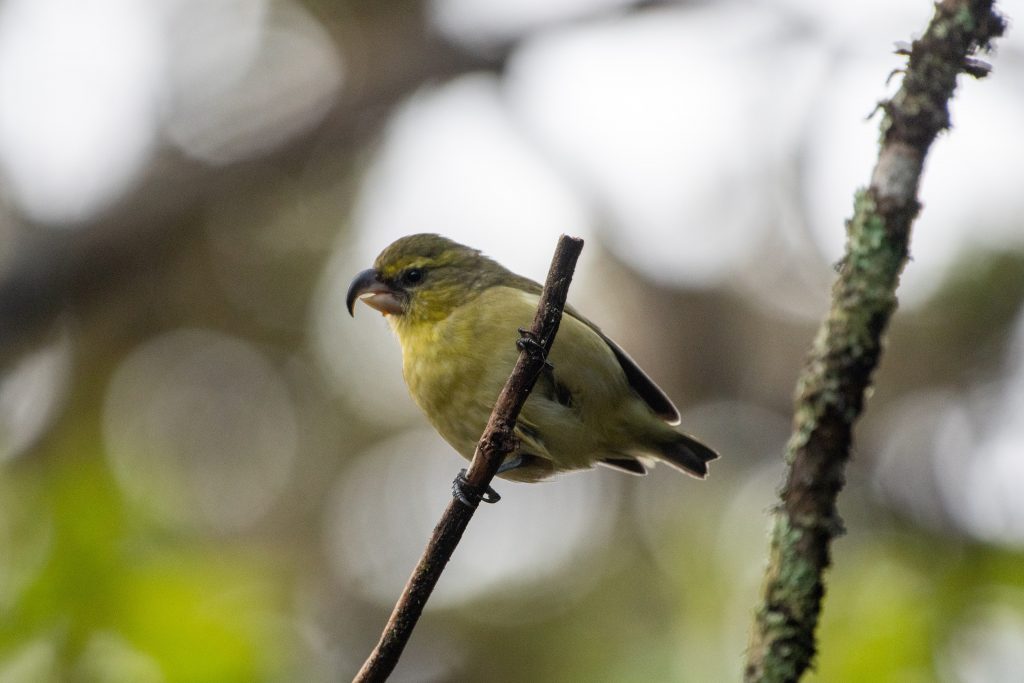 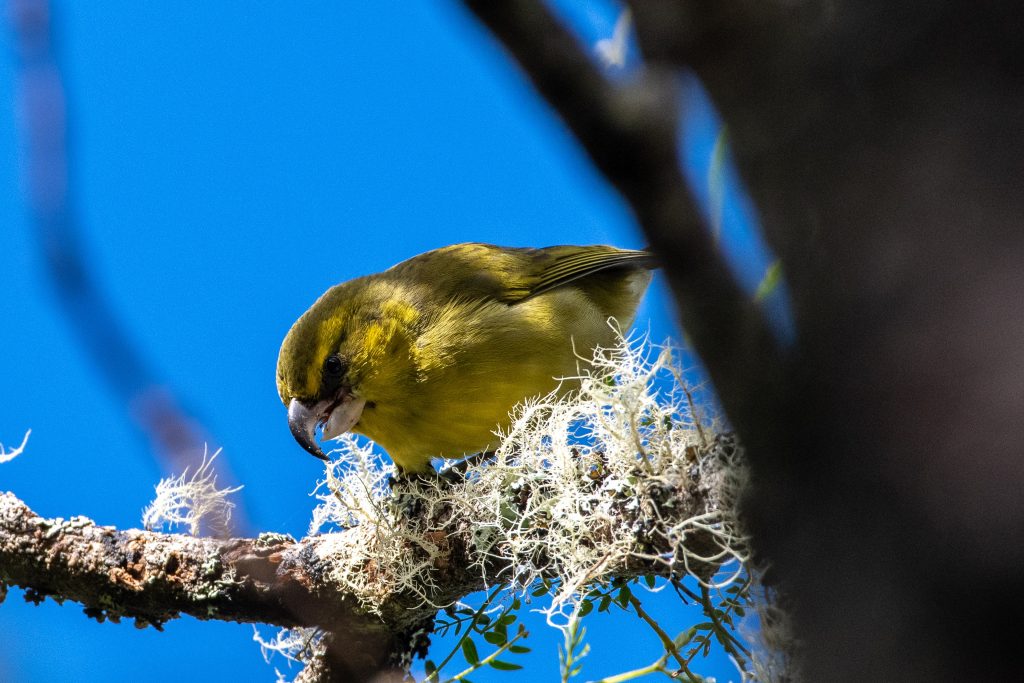