The Koloa māpu, or northern pintail, is a dabbling duck (Family: Anatidae), common throughout the northern hemisphere, that winters in the main Hawaiian Islands, typically arriving in August, and departing for Siberia, Alaska, or Canada in late March or April. Koloa māpu feed primarily on the seeds and leafy parts of aquatic grasses, as well as aquatic invertebrates such as snails and beetles, with live prey being especially important in the early spring. As with most dabbling ducks, koloa māpu plumage varies depending on sex. Breeding males are dark brown on the head and upper neck, white across the lower throat, and gray about most of the body, while female plumage is mottled light and dark brown. Nonbreeding male plumage is similar to that of females. They tend to move in or form groups with their kind. Koloa māpu form pair bonds but remain promiscuous during breeding. They are known to hybridize with six other North American duck species (mallard, black duck, green-winged teal, American wigeon, Chiloe wigeon, and redhead) and with at least three other species in Eurasia.

Common throughout the southern and western United States and Mexico during the winter, shifting to the northernmost central U.S., west central Canada, and Alaska during the breeding season. Koloa māpu are also common through Eurasia. In Hawai‘i, koloa māpu have been sighted routinely on all of the MHI, but have not been recorded in the NWHI.

During winter, koloa māpu utilize a variety of shallow inland freshwater and intertidal habitats, typically shallow wetlands with little emergent cover (although at night they prefer emergent stands of food plants). They will also use flooded agricultural habitats (especially rice, corn, wheat, soybeans, and pastures), reservoirs, tidal wetlands, bays, and estuarine habitats. In Mexico, koloa māpu favor areas where excess irrigation water flows into salt flats or tidal basins; also mangrove mud flats, irrigation reservoirs, and ephemeral ponds. Some of these types of areas are already protected; others have been lost to development. 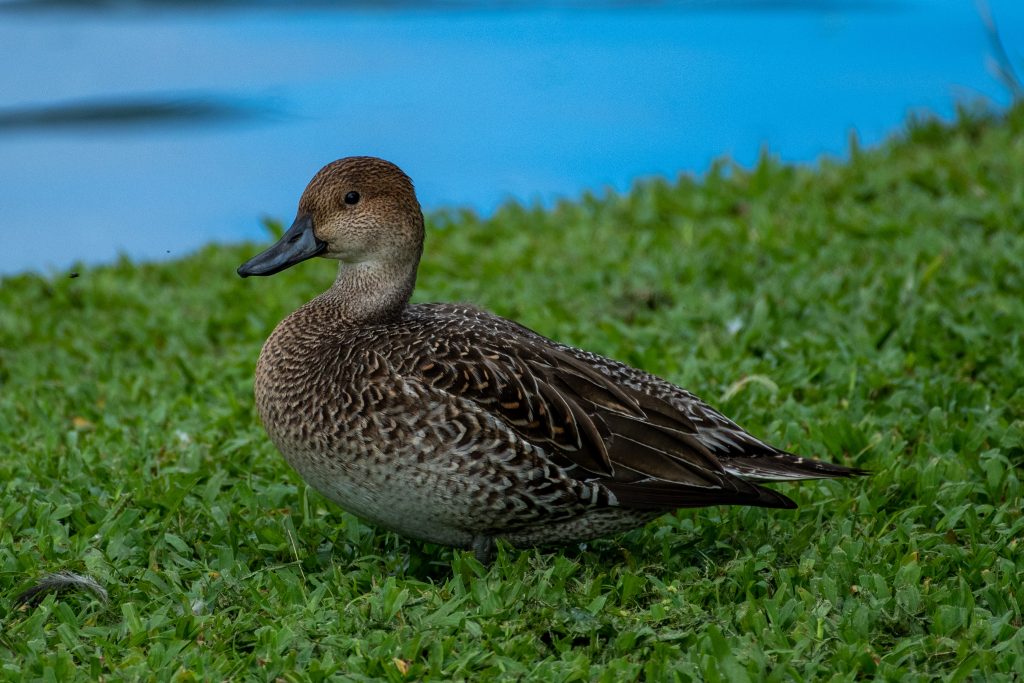