The lesser scaup is a medium-sized black and white diving duck (Family: Anatidae), one of the most abundant and widespread ducks in North America. Lesser scaups winter in the Main Hawaiian Islands (MHI), typically arriving in October and departing for Alaska or Canada as early as February. Lesser scaups feed primarily on aquatic invertebrates such as insects, crustaceans, and mollusks; seeds and vegetative parts of aquatic plants are also important. As with many ducks, lesser scaups have difference in plumage depending on sex, with breeding males showing a dramatic contrast between their white body and black head, neck, throat, and rump. Female plumage is a more monochromatic dark brown. Nonbreeding male plumage shows less contrast, with the body becoming more brown at the margins. Being gregarious, lesser scaups form pair bonds but remain promiscuous during breeding. They are known to hybridize with four other North American duck species (greater scaup, ring-necked duck, redhead, and canvasback) in the wild, and with four others (tufted duck, European pochard, American wigeon, and wood duck) in captivity.

Common throughout the southern and western United States and Mexico during the winter, shifting to the northernmost central U.S., west central Canada, and Alaska during the breeding season. Lesser scaups are also common through Eurasia. In Hawai‘i, lesser scaups have been sighted routinely on all of the MHI, but have not been recorded in the NWHI.

Winter diet of lesser scaups varies geographically, but specific dietary habits of Hawaiian migrants have not been documented in the published literature. On the continental U.S., lesser scaups are found along lake coastlines, reservoirs, and fresh to brackish coastal bays and estuaries. During severe weather, they may move to more saline waters, and they are more common in such saline habitats than other diving ducks. In Texas, they are found on hypersaline estuaries, usually close to inland freshwater ponds where individuals go to drink. 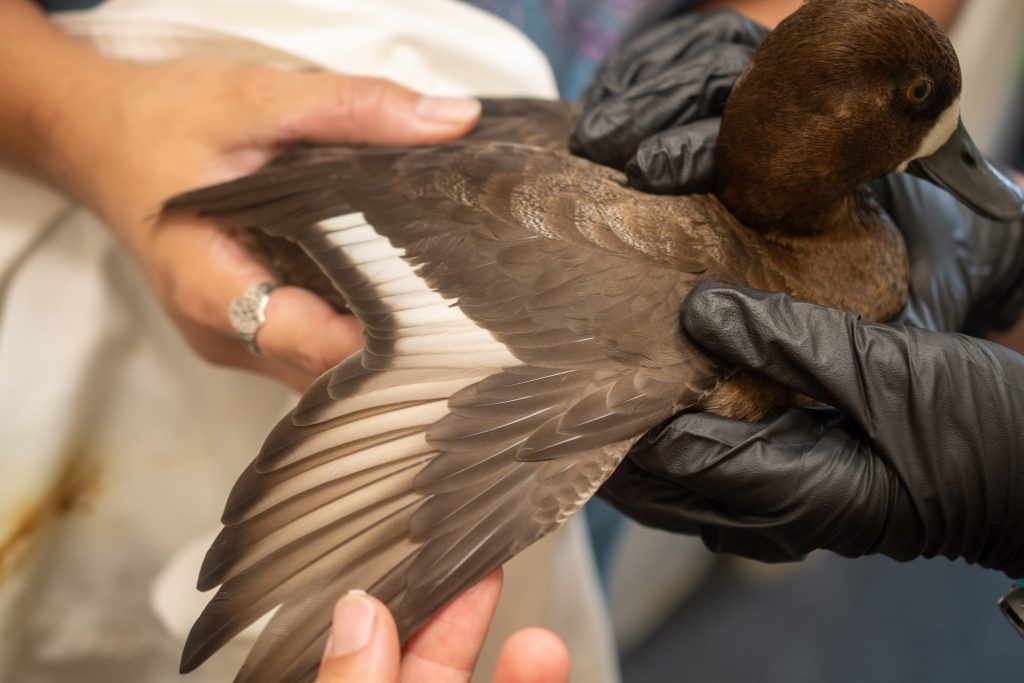