The manu-o-Kū or white tern is a small, entirely white tern (Family: Laridae) with a pantropical distribution. Individuals have dark eyes and a thick, sharply pointed black bill with an electric blue base. Adult males and females are identical and there are no seasonal changes in plumage. Flight is buoyant and characterized by erratic changes in direction and speed. Manu-o-Kū (white tern) feed by dipping the surface or surface diving. Often joins hunting parties made of several species and usually preys on fish driven to the surface by large, predatory fish. In Hawai‘i, the diet of white terns consists mostly of juvenile goatfish and flying fish. Breeding adults remain close to nest sites and forage in inshore areas such as shoals and banks with occasional forays into offshore waters. Not as colonial or social as most other terns, preferring to nest in loosely associated groups or singly. Manu-o-Kū (white tern) remain paired for several seasons and often return to the same nest site year after year. No nest is constructed; a single egg is laid wherever a suitable depression is found. Most nests are on tree branches, buildings, or other man-made structures, rock ledges, or on the ground. In Hawai‘i, manu-o-Kū or (white tern) breeds year-round, but most eggs are laid between February and June. Pairs will replace an egg after initial nest failure, and some successfully raise two or three sets of offspring per year. Both parents incubate egg and brood and feed the chick. Newly-flying birds are dependent on adults for up to two months. Birds first breed at five years of age, and the oldest known individual was 42 years old. 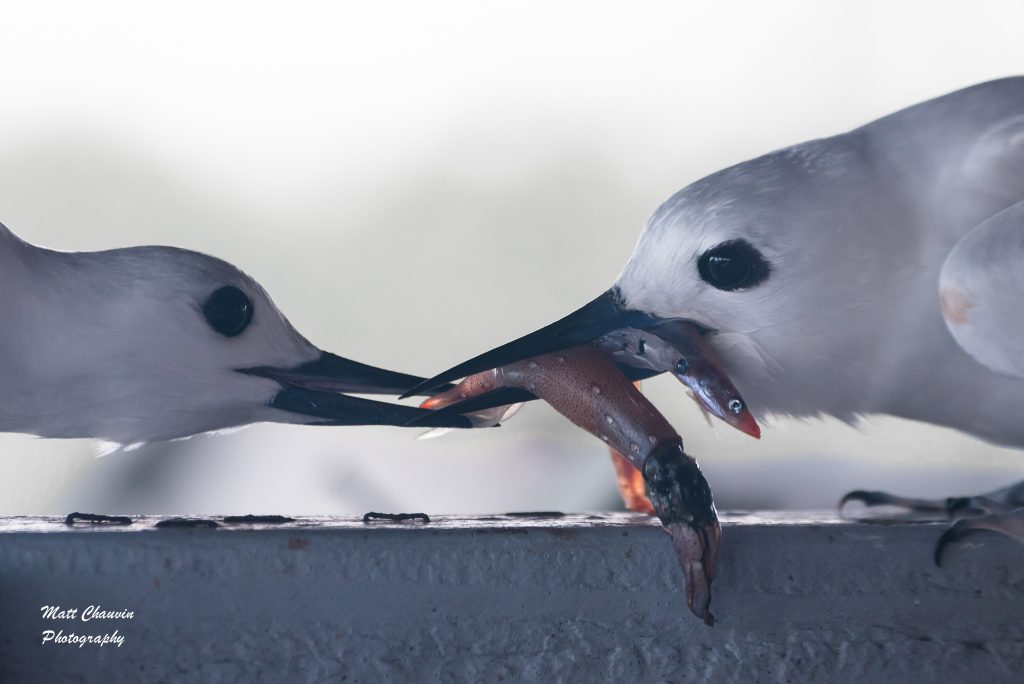 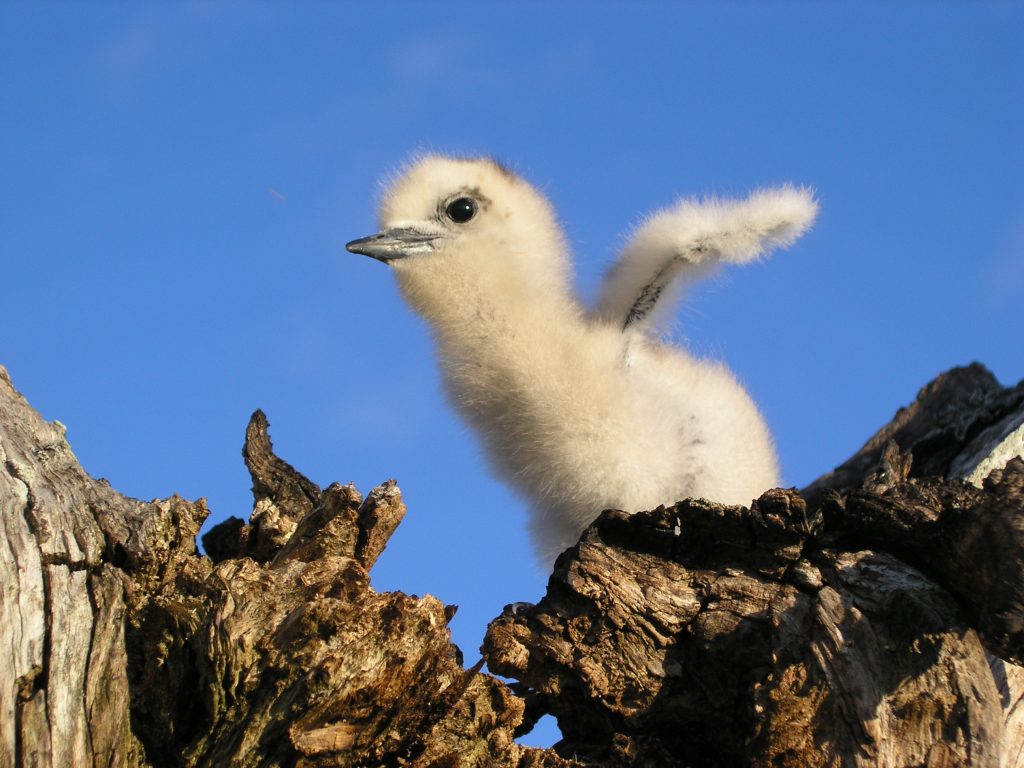