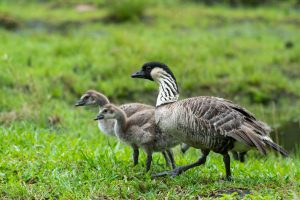 Historically, at least five species of geese (family: Anatidae) occurred in Hawai‘i; today, only the nēnē, or Hawaiian goose, survives. Adults are mostly dark brown or sepia with a black face and crown, cream-colored cheeks, and a buff neck with black streaks. Females are smaller than males. Compared to other geese, nēnē are more terrestrial and have longer legs and less webbing between their toes, which likely facilitates walking on lava flows. Nēnē graze and browse on the leaves, seeds, flowers, and fruits of at least 50 native and nonnative grasses, sedges, composites, and shrubs. Diet varies by location and habitat, and they may require a diverse suite of food plants. Currently, several species of nonnative grass are important in mid- and high-elevation habitats. Nēnē facilitate seed dispersal and play an important role in influencing the species composition of early successional plant communities. Historically, flocks moved between high-elevation feeding habitats and lowland nesting areas. Pairs mate for life and engage in relatively simple courtship displays in which the male attacks or threatens potential competitors, runs back to his mate, and calls loudly. Nēnē have an extended breeding season, and nesting may occur in all months except May, June, and July, although the majority of birds nest between October and March, and most clutches are laid between October and December. Nests consist of a shallow scrape lined with plant material and down. Breeding pairs usually return to the previous year’s nest site, typically in dense vegetation; when available, kīpuka may be preferred. Females lay two to five eggs, which hatch after 30 days. Young are hatched or born in an advanced state and are able to feed and move independently; however, they remain with their parents for up to a year.

Between sea level and 2,400 meters (7,800 feet) elevation on the island of Hawai‘i, Maui, Kaua‘i, and Moloka‘i, and a single pair was reported on O‘ahu in 2014. Historically, the species was found on all Main Hawaiian Islands and was likely widespread.

Nēnē historically occurred in lowland dry forest, shrubland, grassland, and montane dry forest, and shrubland. Current habitat preferences are likely biased by the location of release sites of captive-bred birds. They currently use a wide variety of habitats including coastal dune vegetation and nonnative grasslands (e.g., golf courses, pastures, rural areas), sparsely vegetated low- and high-elevation lava flows, midelevation native and nonnative shrubland, early successional cinderfall, cinder deserts, native alpine grasslands and shrublands, and open native and nonnative alpine shrubland-woodland community interfaces. Nesting occurs in a variety of habitats, including beach strand, shrubland, grassland, and lava rock, and at a range of elevations. On the islands of Hawai‘i and Maui, most nests are built under native vegetation, such as pūkiawe (Styphelia tameiameiae), ‘a‘ali‘i (Dondonaea viscose), and ‘ōhi‘a (Metrosideros polymorpha). On Kaua‘i, however, most nesting areas are dominated by nonnative species, and nēnē often nest under Christmas berry (Schinus terebinthifolius), shrub verbena (Lantana camara), and ironwood (Casuarina spp.). The condition of habitats occupied by nēnē varies considerably. Many of the areas used by the species are managed for conservation by the State of Hawai‘i and the U.S. Fish and Wildlife Service (USFWS). 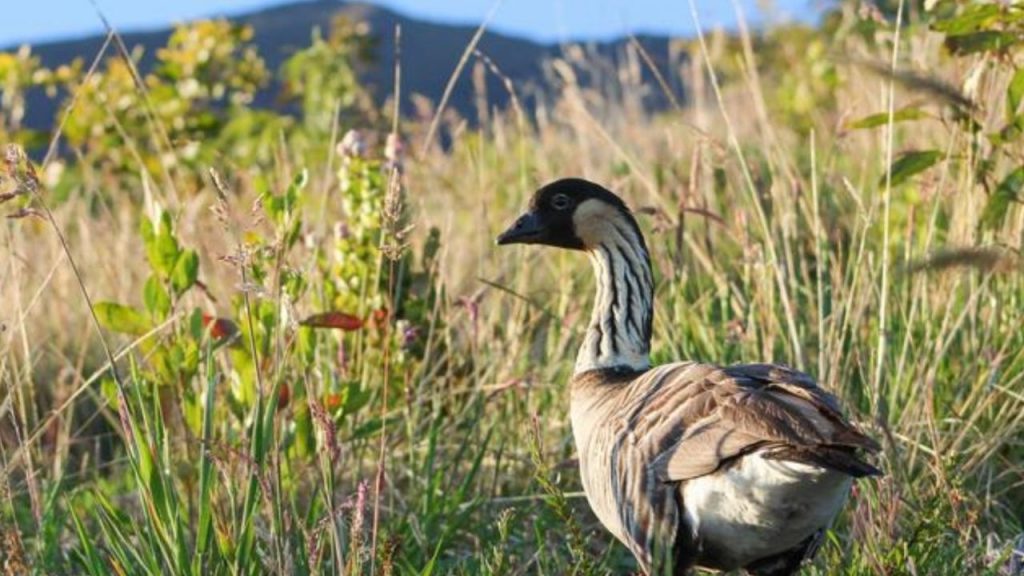 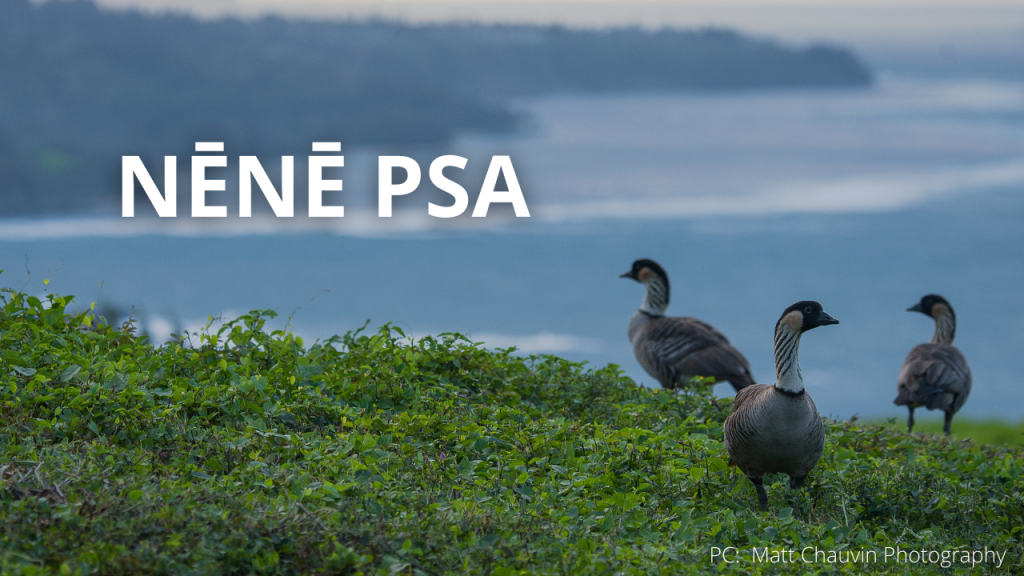 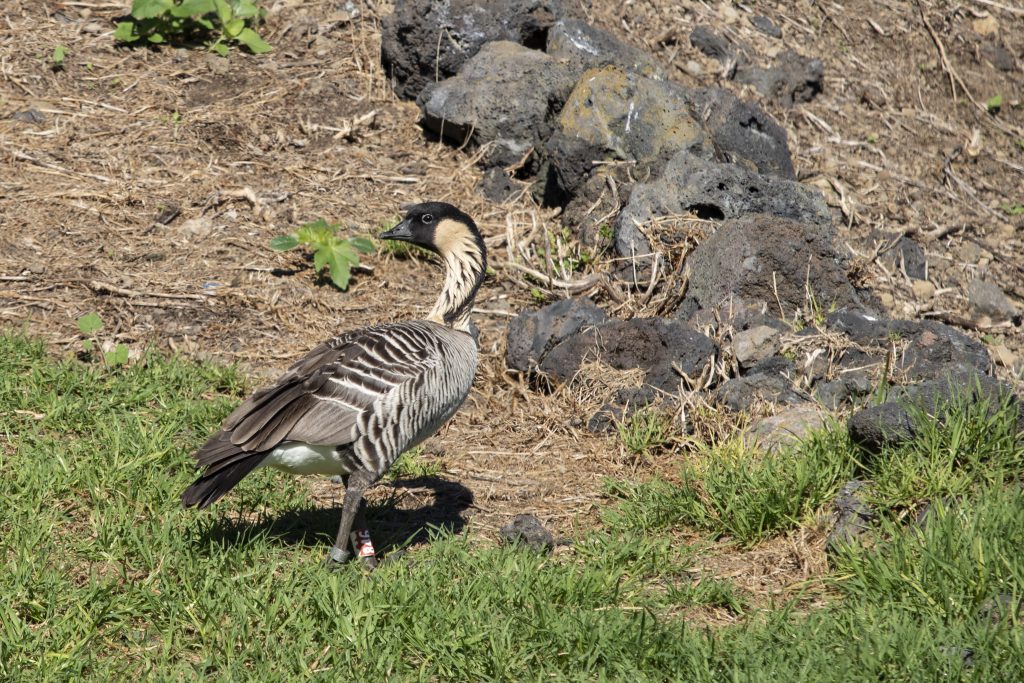 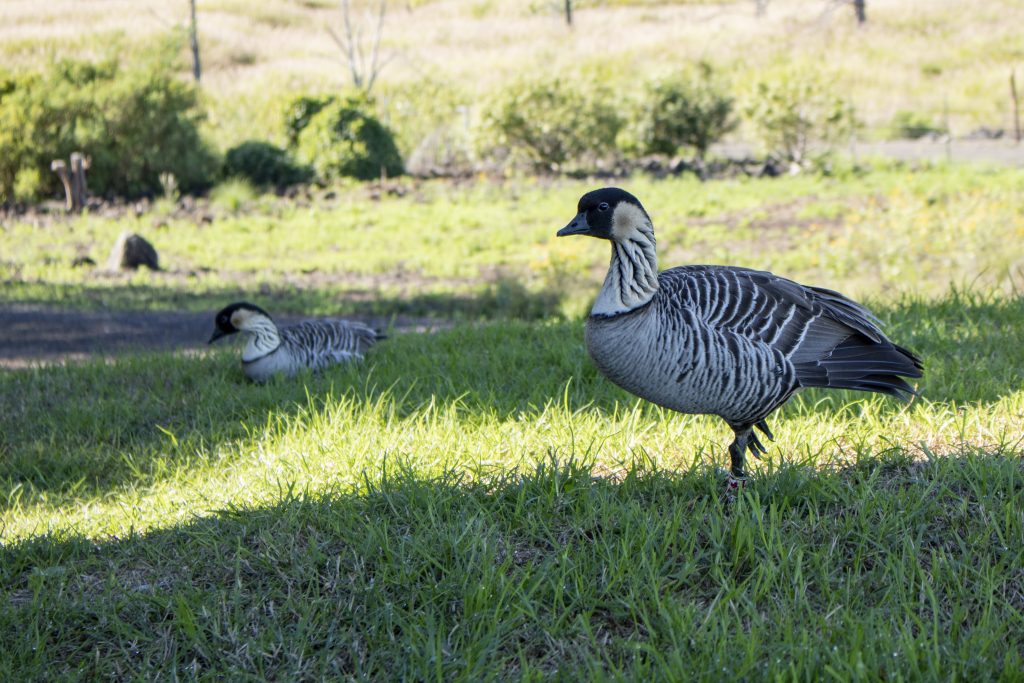 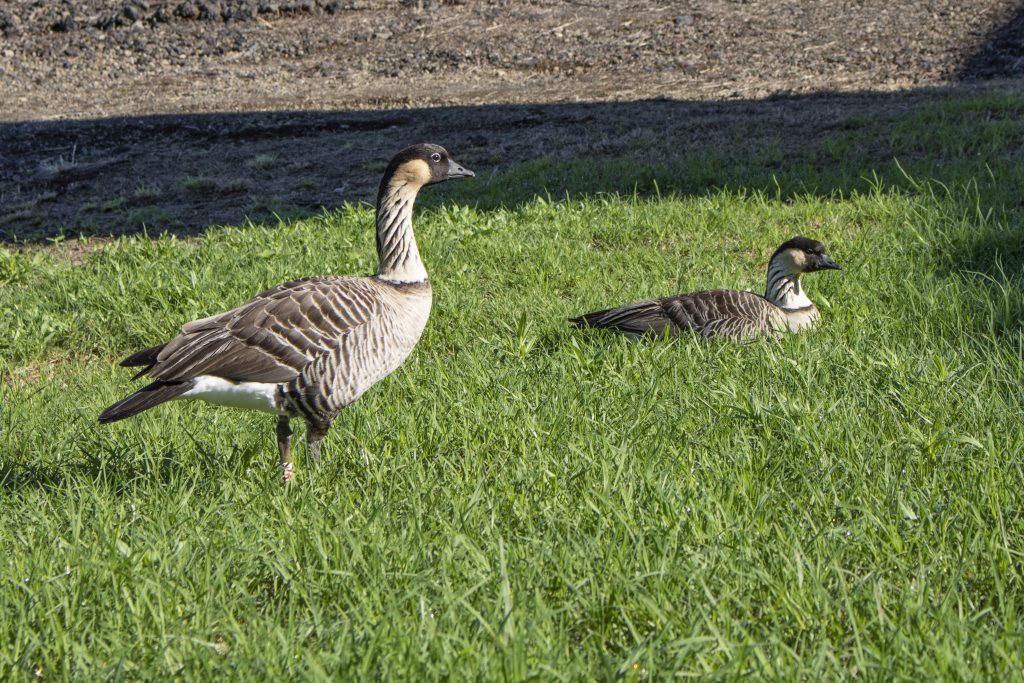