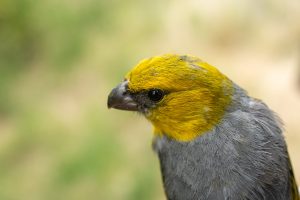 The palila is a finch-billed Hawaiian honeycreeper (Family: Fringillidae) whose life history and survival is linked to māmane (Sophora chrysophylla), an endemic dry-forest tree in the legume family. Males and females are similar, with a yellow head and breast, greenish wings and tail, a gray back, and white underparts. Males have a black mask, and females have less yellow on the back of their heads and a gray mask. Approximately 90 percent of the palila’s diet consists of immature māmane seeds; the remainder consists of māmane flowers, buds, leaves, and naio (Myoporum sandwicense) berries. Caterpillars and other insects comprise the diet of nestlings, but also are eaten by adults. Māmane seeds have been found to contain high levels of toxic alkaloids (naturally occurring organic compounds that contain at least one nitrogen atom), and palila use particular trees for foraging, suggesting that levels of alkaloids may vary among trees. Individuals will move limited distances in response to the availability of māmane seeds. Palila form long-term pair bonds, and males perform low advertisement flights, sing, chase females, and engage in courtship feeding prior to breeding. Females build nests, usually in māmane trees, and males defend a small territory around the nest tree. Females mostly incubate eggs, brood nestlings and feed young with food delivered by male. First-year males sometimes help a pair by defending the nest and feeding the female and nestlings. Newly-flying birds are dependent on their parents for three to four months, during this time they learn and practice foraging skills. The availability of green māmane seeds strongly influences the number of nesting attempts in a given year. In poor years, not all pairs will attempt to nest.

Mostly restricted to the western slopes of Mauna Kea between 2,000 and 2,850 meters (6,500 – 9,250 feet) elevation. Historically, palila were common in all māmane forests. Currently, the species occupies approximately 10 percent of their historical range on the island of Hawai‘i. Subfossil evidence indicates palila also occurred in māmane forest on O‘ahu and Kaua‘i.

Restricted to māmane and māmane/naio forests. Densities are highest at 2,300 meters (7,550 feet) with large māmane trees and a high proportion of native shrubs. Up to 96 percent of the population and nearly all successful breeding occurs in a 30 square kilometer (11.5 square mile) area on the southwestern slope of Mauna Kea that has high quality habitat and steep terrain. The latter is important, especially during the breeding season because māmane at different elevations flower and fruit at different times, ensuring that māmane seeds are always available. Most habitat in the species’ range is severely degraded by grazing ungulates, particularly mouflon sheep, and the spread of non-native plant species, especially fire-prone grasses. Most of the palila’s current range occurs in the Mauna Kea Forest Reserve and is managed by the State of Hawai‘i. 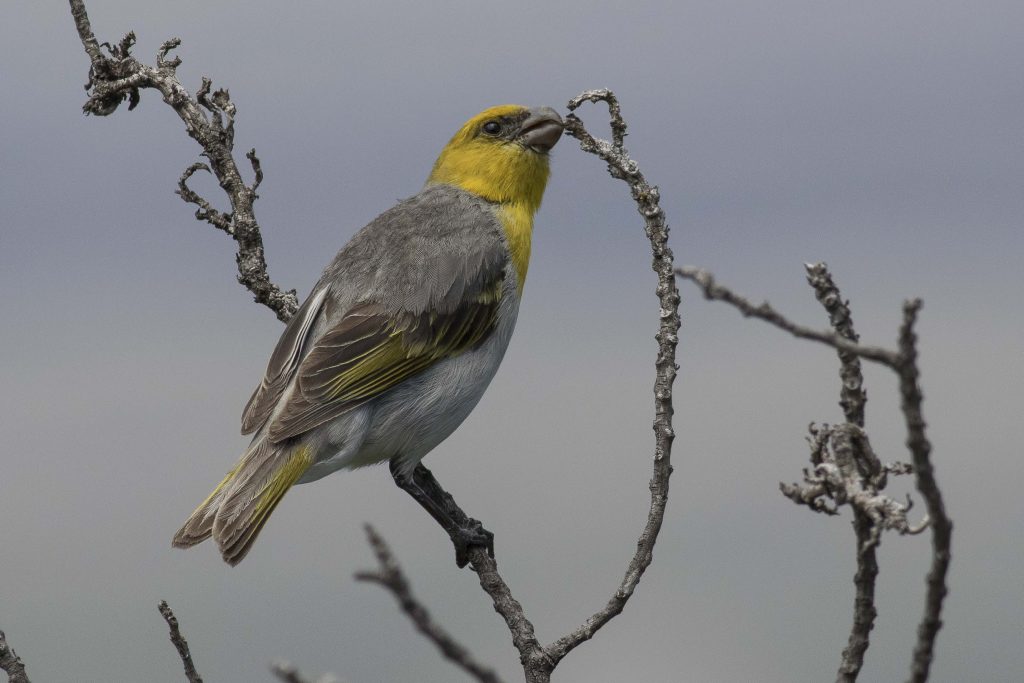 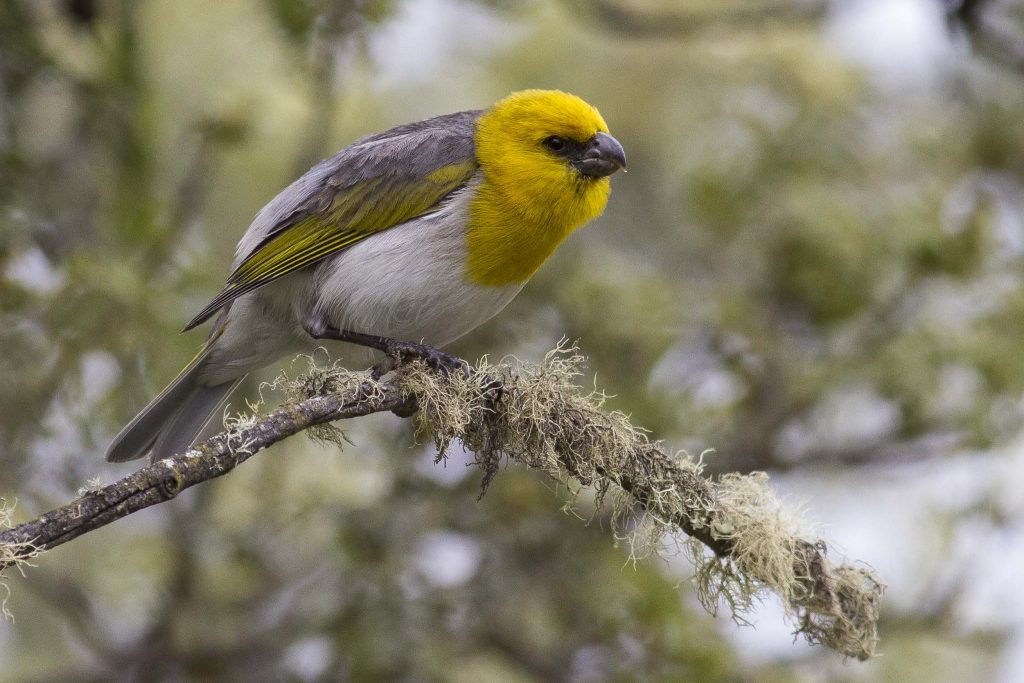 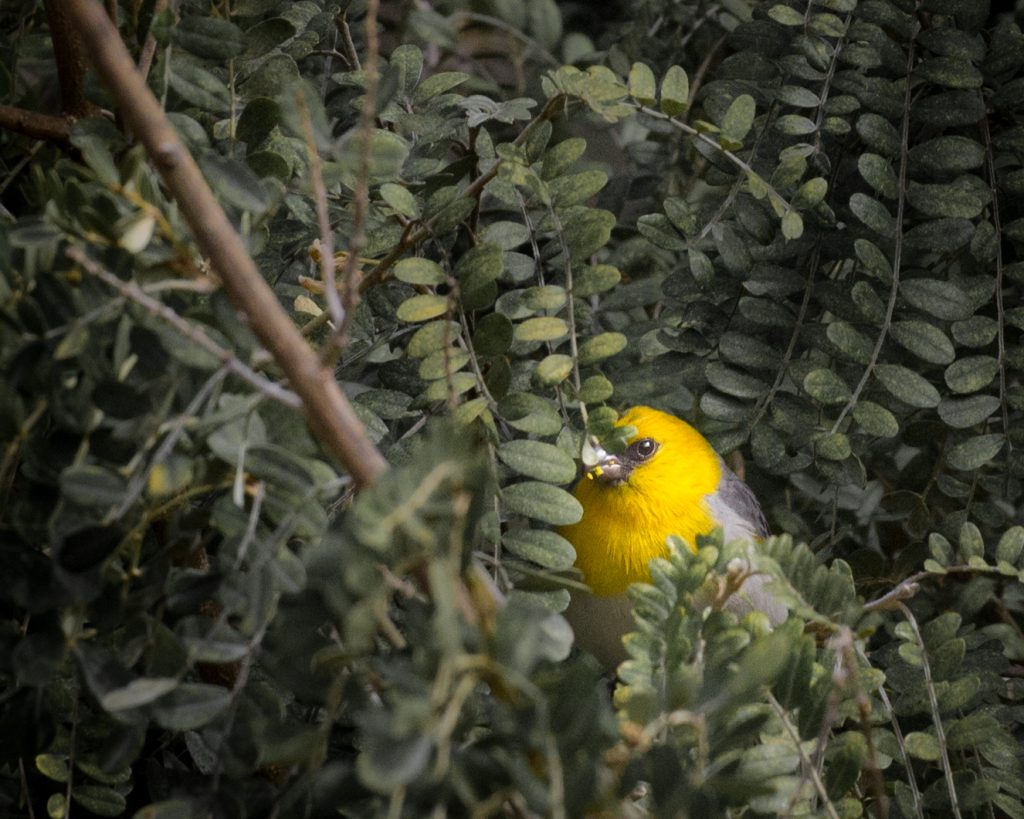 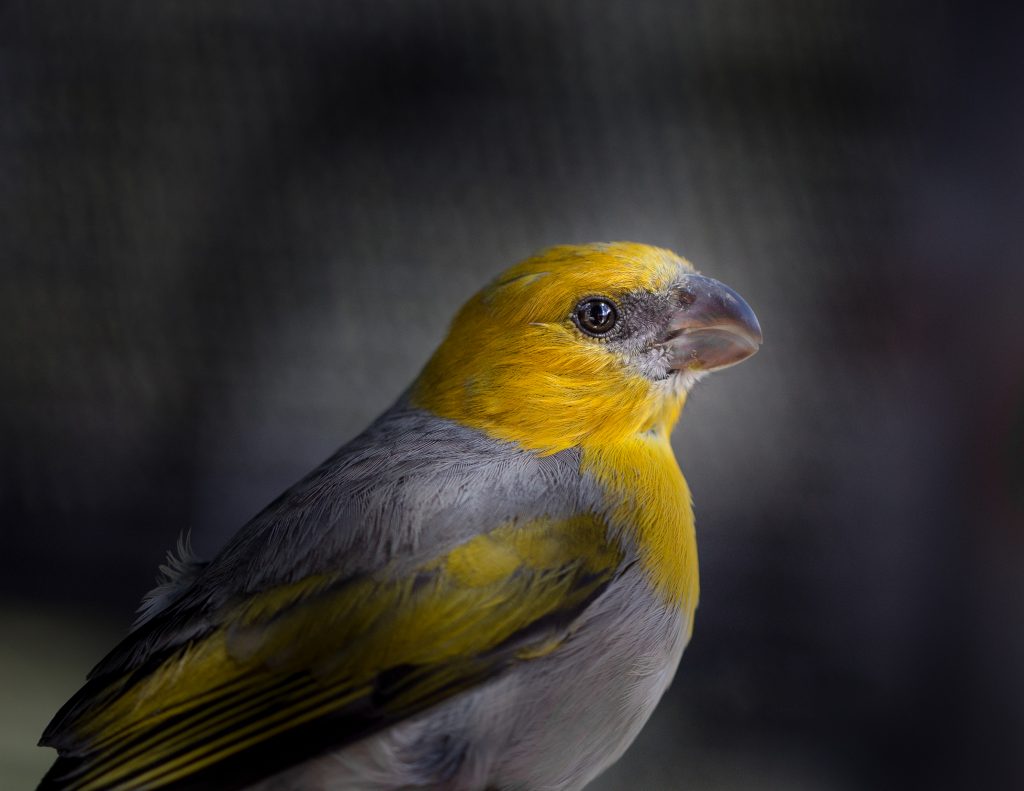