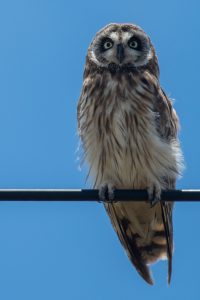 The pueo, or Hawaiian short-eared owl, is an endemic subspecies of the nearly pandemic short-eared owl (Asio flammeus; Family: Strigidae). The species is thought to have colonized the Hawaiian Islands sometime after the arrival of Polynesians. Unlike most owls, pueo are active during the day (i.e., diurnal), and are commonly seen hovering or soaring over open areas. Like short-eared owls in continental environments, those in Hawai‘i primarily consume small mammals. Their relatively recent establishment on Hawai‘i may have been tied to the rats (Rattus exulans) that Polynesians brought to the islands. Little is known about the breeding biology of pueo, but nests have been found throughout the year. Males perform aerial displays known as a sky dancing display to prospective females. Nests are constructed by females and are comprised of simple scrapes in the ground lined with grasses and feather down. Females also perform all incubating and brooding. Males feed females and defend nests. Chicks do not hatch at the same time and are fed by female with food delivered by male. Young may fledge from nest on foot before they are able to fly and depend on their parents for approximately two months.

Pueo occupy a variety of habitats, including wet and dry forests, but are most common in open habitats such as grasslands, shrublands, and montane parklands, including urban areas and those actively managed for conservation. Because of a lack of historical population data and the species’ current, broad habitat use, key habitat variables are difficult to determine. Pueo occur in many areas that are managed by the Sate of Hawai‘i or Federal agencies.

Pueo are likely susceptible to the same factors that threaten other native Hawaiian birds, including: loss and degradation of habitat, predation by introduced mammals, and disease. However, their persistence in lowland, non-native and rangeland habitats suggests that they may be less vulnerable to extinction than other native birds, especially because they may be resistant to avian malaria (Plasmodium relictum) and avian pox (Poxvirus avium). Despite this, for pueo populations, the following are of particular concern: 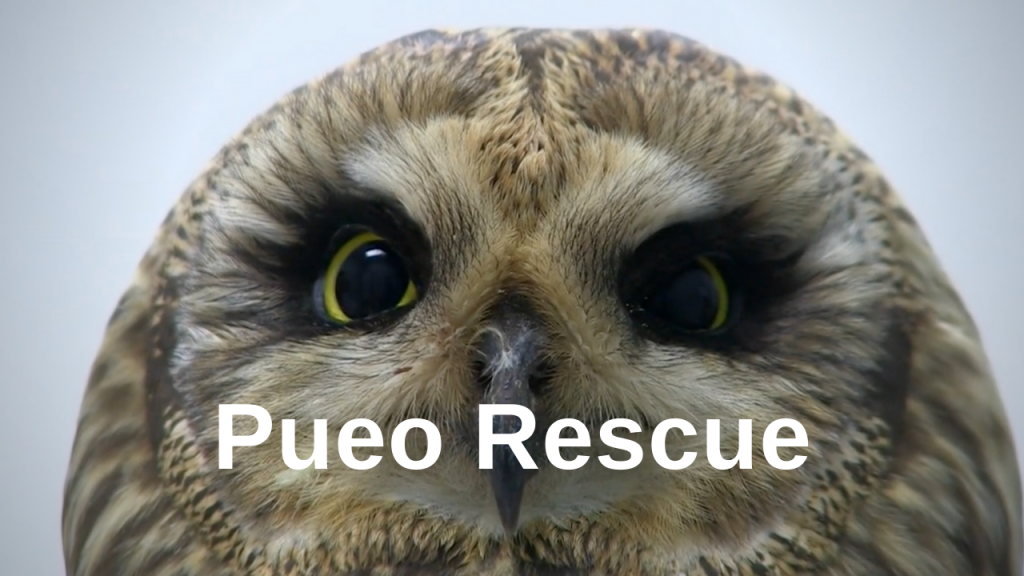