The short-tailed albatross is the largest seabird (Family: Diomedeidae) found in Hawai‘i. Adult males and females are mostly white, with varying amounts of black, mostly on the upper side of the wings, and a golden wash on the head. Huge pink bill has a bluish tip and legs and feet are pale pink. Like other albatrosses, they use air currents to glide and soar for long periods of time and feed by seizing prey from the surface while sitting on the water. They forage closer to land than other albatross species. Scavenges from carrion and follows fishing boats. In Japan, their diet consists primarily of shrimp, squid, and fish, including bonita, flyingfish, and sardines. As far back as the 1930s, individuals have occurred among nesting mōlī or Laysan (P. immutabilis) and ka‘upu or black-footed (P. nigripes) albatross at Midway Atoll. See fact sheets for mōlī or ka‘upu for details of breeding biology. Like other albatrosses, the short-tailed albatross likely has a life span of at least 50 years.

Small numbers of birds nest on Midway Atoll and Kure Atoll in the Northwestern Hawaiian Islands. Outside of Hawai‘i, the species nests on several small islands offshore of Japan. At sea, the short-tailed albatross ranges widely across the north Pacific Ocean.

Terrestrial: Nests on islands and atolls. Nests are similar to other albatross species. Marine: Pelagic.

The primary threat to this species is the limited breeding distribution, and a catastrophic event at one of the main colonies could have detrimental effect on the population. Other threats to the short-tailed albatross include the following: 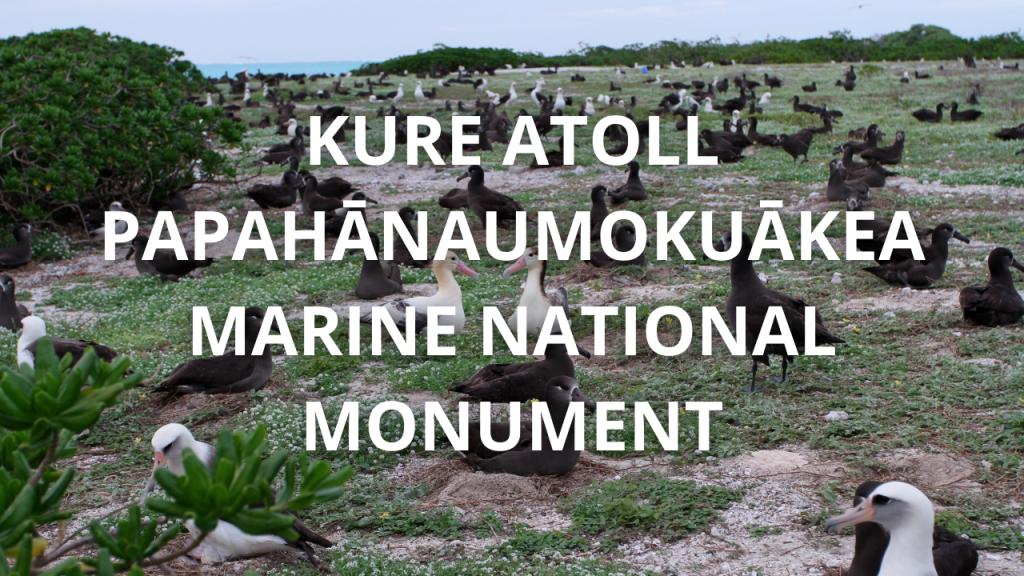 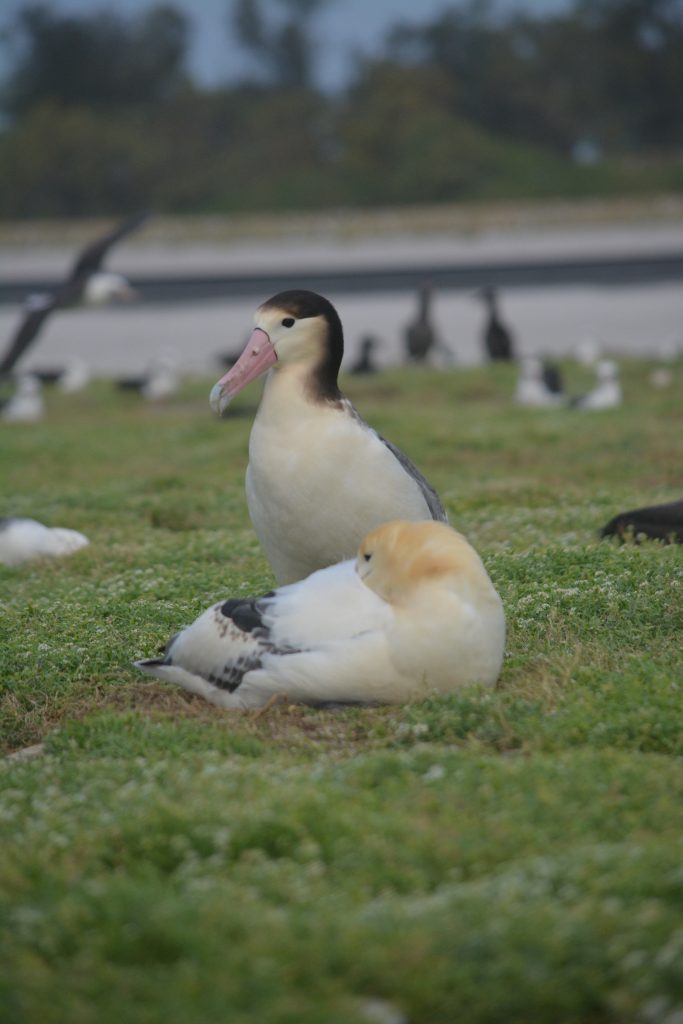 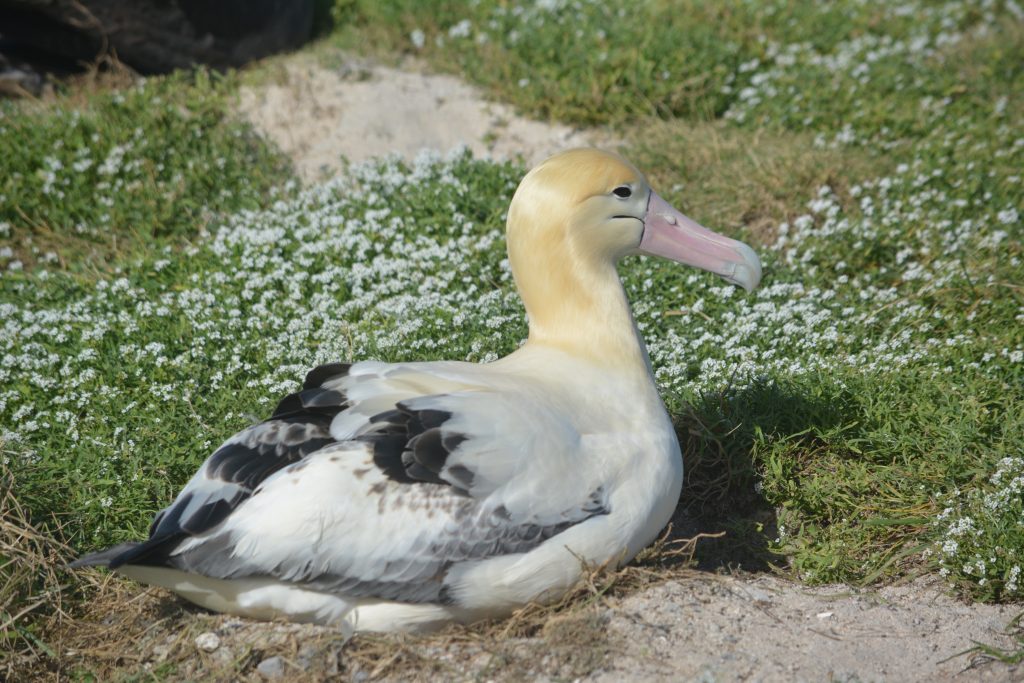 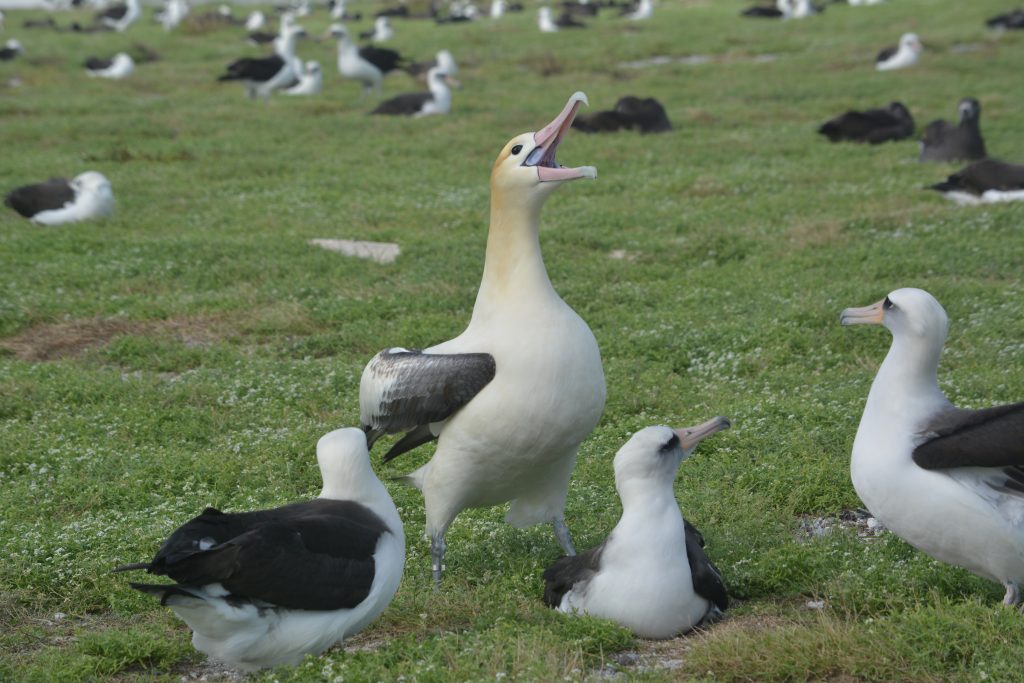