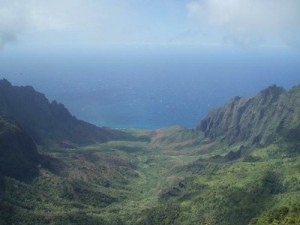 MARCH 23, 2009 – The Natural Area Reserves System (NARS) has added a new extension to the Hono O Na Pali Natural Area Reserve. This area contains intact native wet forest with several species of rare and endangered plants and animals. The ‘ohi‘a mixed montane bogs in this area are part of the largest system of high elevation bogs in the Hawaiian Islands. On the Pihea trail alone, hikers can view over 80 native plant species. Unfortunately, Hawai‘i’s natural and cultural heritage is being lost as threats to these species lead to their extinction. 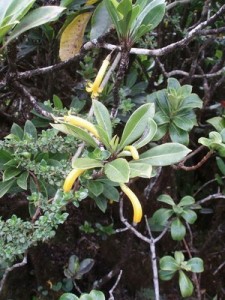 A native ohe naupaka in bloom

The State of Hawai‘i created the Natural Area Reserves System, or NARS, to preserve and protect representative samples of Hawaiian biological ecosystems and geological formations. The NARS mission is to ensure the highest level of stewardship for Hawai‘i’s unique natural resources through acquisition, active management, and other strategies. The system presently consists of 19 reserves on five islands, encompassing more than 109,000 acres of the State’s most unique ecosystems. The diverse areas found in the NARS range from marine and coastal environments to lava flows, tropical rainforests, and even an alpine desert. Within these areas one can find rare endemic plants and animals, many of which are on the edge of extinction.

Scroll down to see more images of this spectacular area. 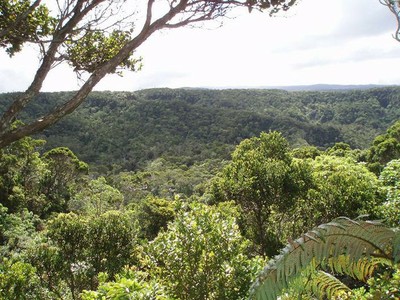 Vista of the Alakai, including the Hono o Na Pali NAR extension 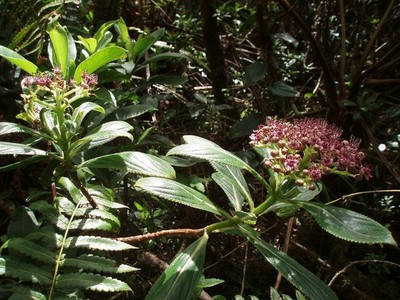 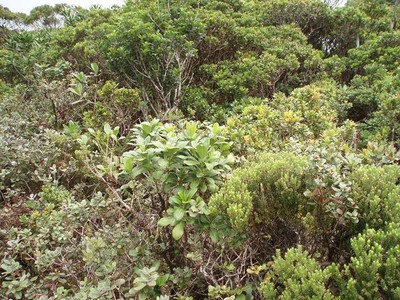 The distinctive short-statured bog vegetation of the alakai 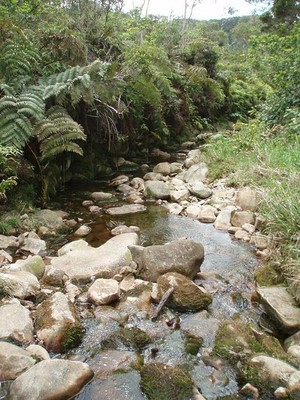 Kawaikoi stream, which runs through the Hono O Na Pali NAR extension, and can be seen on the Alakai Swamp Trail.