Unfortunately, Hawaii’s native snails face a number of challenges to their continued existence. Among the greatest of these threats are invasive predators, habitat loss, and climate change.

The Hawaiian Islands were host to a spectacular land snail species radiation with over 750 described species in 10 families. Unfortunately, this incredible fauna is experiencing devastating levels of extinction estimated to be 60-90 percent depending on the family in question. Recently the historic threats posed by that of habitat degradation due to agricultural practices, commercial development, and over-collection, have been over-taken by direct loss via predation by non-native species (Hadfield 1986, Hadfield et al 1993).

Three species of introduced rat depredate Hawaiian snails: Rattus rattus, Rattus exulans, and Rattus nowegicus (Hadfield and Saufler 2009). Rats leave a tell-tale sign of their presence in a snail colony by biting through the apex or the whorls of a snail shells, littering the ground with them. 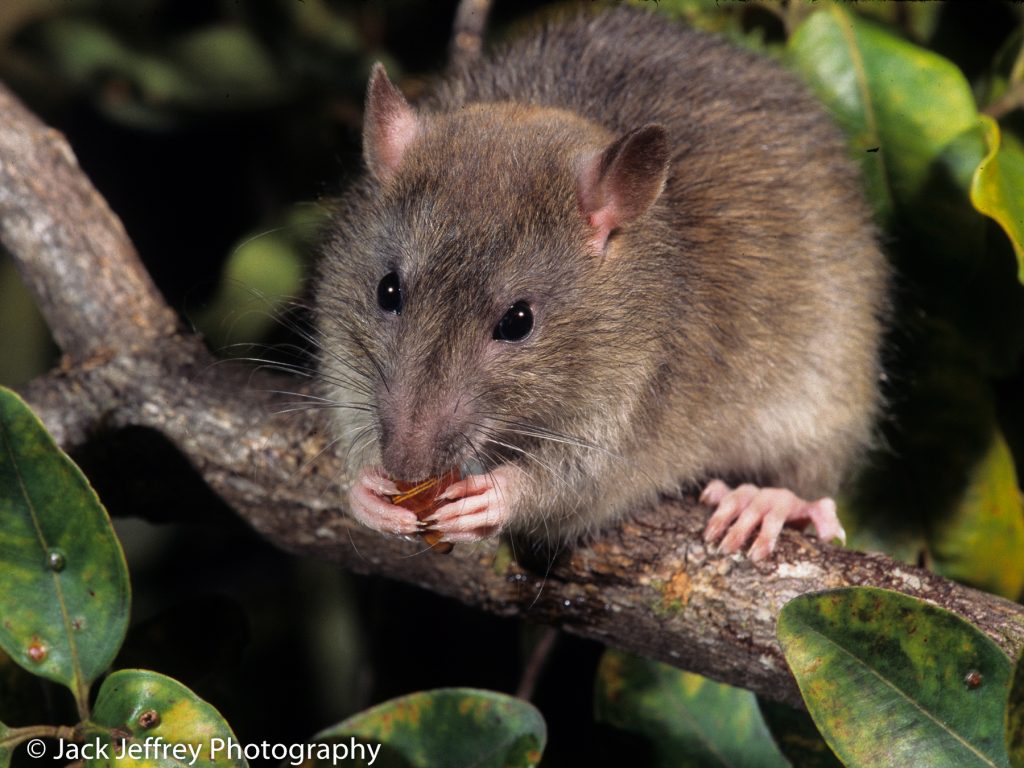 The cannibal snail Euglandina rosea, introduced as a biocontrol by the Hawaiʻi Department of Agriculture in the 1950s to control the giant African snail, continues to devour Hawaiian snails across the islands. Euglandina rosea is perhaps the wort of the introduced predators because it feeds solely on other mollusk species and has made its way up to the Hawaiian island’s highest and most remote forest reserves.

Most recently, Jackson’s chameleon Chamaeleo jacksonii, introduced to Hawai‘i from Kenya, have been found to prey on Hawaiian snails. Jackson’s chameleons now occur on all the main Hawaiian Islands and are currently expanding their ranges into high elevation snail habitat. 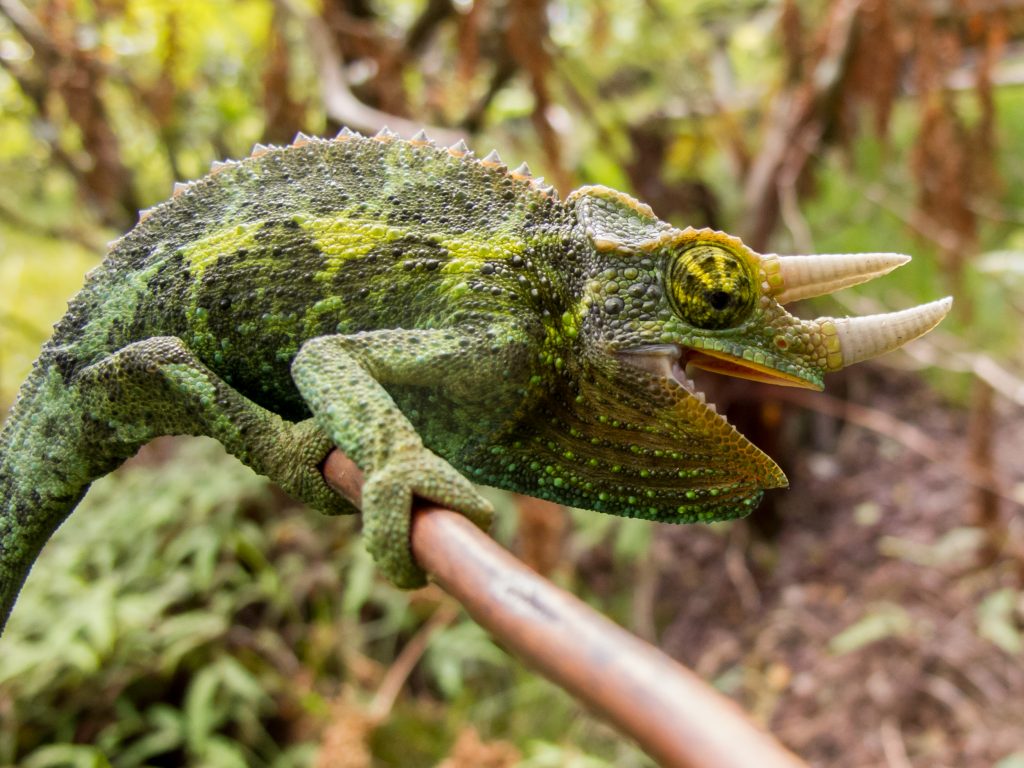 Hawaiian terrestrial snails were once present mauka to makai, however, much of the lower-elevation habitat that was once suitable for snails has experienced massive transformations. Lower-elevation native ecosystems are extremely rare as much has been lost to agricultural, residential and commercial development. In addition to the intentional transformation of habitat for development, the introduction of non-native invasive species have also led to large scale ecosystem transformations that have converted lower lying areas into unhealthy and unsuitable ecosystems for our beloved native snails.

Introduction of invasive species is detrimental to Hawaii’s native ecosystems, many native plants are outcompeted by stronger foreign species that have had to evolve in more competitive environments. Fragile indicator species like the native snails of Hawai‘i are especially susceptible to these ecosystem transformations. Native tree snails graze on fungal communities found on native vegetation like ‘ōhi‘a (Metrosideros spp.), without the native plant hosts the snails rely on they are left without the proper food to sustain their lives. Additionally, native ground-dwelling snails eat the fallen, dried leaves of native plants like ‘ie‘ie (Freycinata arborea), māmaki  (Pipturus spp.) and ōpuhe (Urera spp.), without these trees Hawaii’s native ground snails are also left without the proper food to sustain themselves. For more information regarding the consequences of introduced invasive species please visit the Hawai‘i Invasive Species Council page.

The development of land for anthropogenic purposes has also been detrimental to the history of Hawaiian snails. For example, a century ago you could find native snails in the valleys of Pālolo and Mānoa but now these areas are cluttered by residential and commercial development. Without healthy forests, the snails are simply left with no home to survive in.

Hawaii’s native snails thrive in misty, cool environments. If conditions are too hot or dry they respond by estivating–tucking their bodies into their  shells and sealing to leaves–until conditions are safe for roaming and grazing again. Climate projections have forecasted Hawai‘i will undergo heavier rainy seasons and longer, hotter, dryer summers. This proves problematic for native snails as they cannot estivate for very long, thus forcing them to starve or risk desiccation. The SEP program is working with researchers at the University of Hawai‘i Mānoa to construct predator-proof exclosures in locations deemed suitable by climate modeling projections.