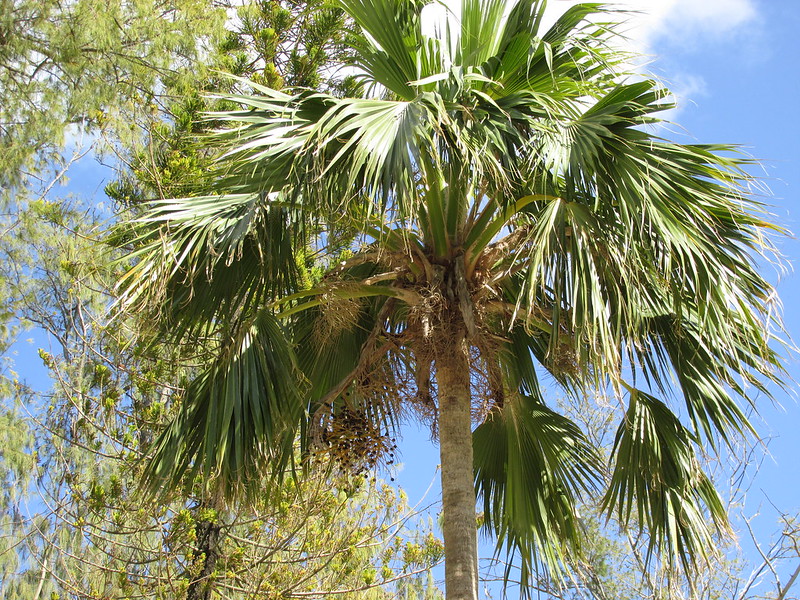 Range/ habitat: This species can be found growing at elevations between 100 to 1900 ft.

About this Species: Early Hawaiians used the trunk of Lo’ ulu lelo trees to create spears and the fronds for thatching buildings and plaiting items like hats and fans. This species was also used in a sport similar to modern day hang gliding. Daring individuals would reportedly climb these trees, attach fronds to their arms and then jump, gliding over the ocean below.