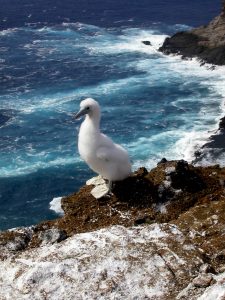 The ‘ā or brown booby is a large, striking seabird (Family: Sulidae) that is distributed in through out the tropical regions of both hemispheres. Four ‘ā (brown booby) subspecies are recognized, and one (S. l. plotus) is resident in Hawai‘i. Individuals have long pointed wings and a relatively short, wedge-shaped tail. Adult males and females are overall dark brown, with white belly and underwings with a sharp demarcation across lower breast between the white of belly and brown of neck. Large bill and legs and feet are yellow in females and grayish green in males; females are larger than males. Flight is characterized by strong flapping interspersed with gliding. Will forage alone, but most often forages in large, flocks made of several species associated with schools of large predatory fishes which drive prey species to the surface. ‘Ā (brown booby) generally forages in nearshore waters and captures prey by plunge-diving from one to 15 meters (3 – 50 feet) above the water, often remaining underwater for 25 to 40 seconds. In Hawai‘i, diet is comprised of flying fish, squid, mackerel scad, juvenile goatfish, and anchovy. Nest in small colonies of tens to hundreds of pairs and most return to natal colony to breed. ‘Ā (brown booby) is the only ground nesting booby that builds a nest, and its construction is an important part of courtship. Nests are constructed from whatever is available including branches, seabird bones, and human debris. Unlike most seabirds, ‘ā (brown booby) typically lays two eggs per breeding season. The eggs do not hatch at the same time, and the first chick to hatch usually pushes the other sibling out of the nest. In Hawai‘i, peak egg laying occurs between March and May and chicks fledge by September. Both parents incubate eggs and brood and feed chicks. Adults continue to feed young up to 37 weeks after fledging. Birds first breed at four to five years of age and the oldest known individual was 26 years old.

‘Ā (brown booby) breed throughout the NWHI and in MHI on offshore islets (e.g., Moku Manu, Lehua), and possibly on the island of O‘ahu on the cliffs of Ulupa‘u Head at the Kāne‘ohe Bay Marine Corps Base. Outside of Hawai‘i, ‘ā (brown booby) breed on islands in the tropical waters of the Pacific, Indian, and Atlantic oceans, the Caribbean and Red seas, and seas north of Australia. Little is known about movements and distribution outside the breeding season. 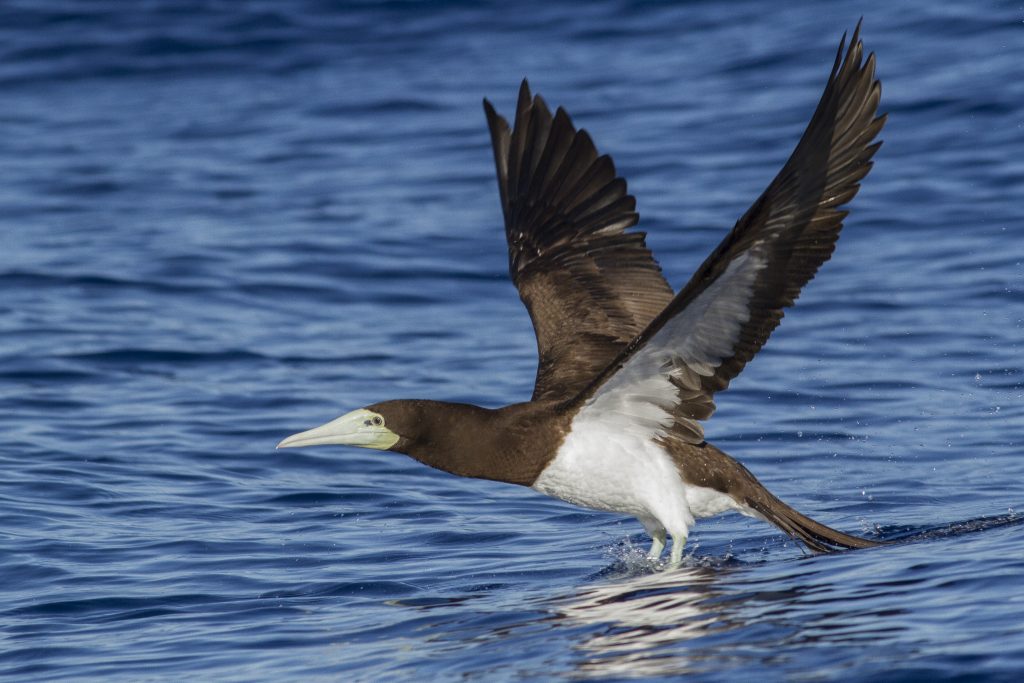 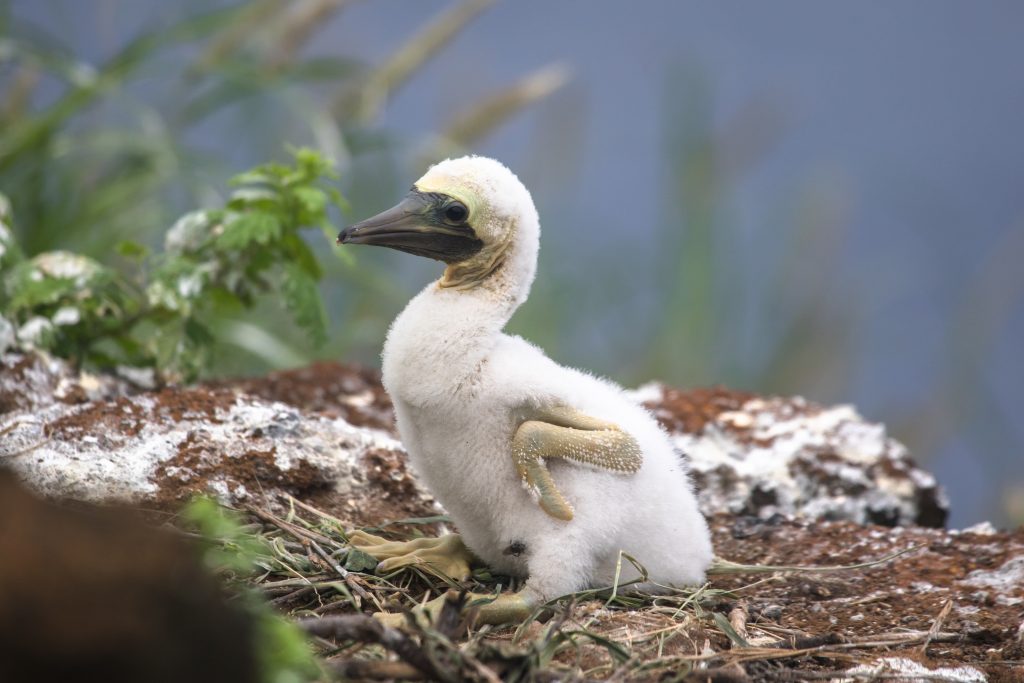 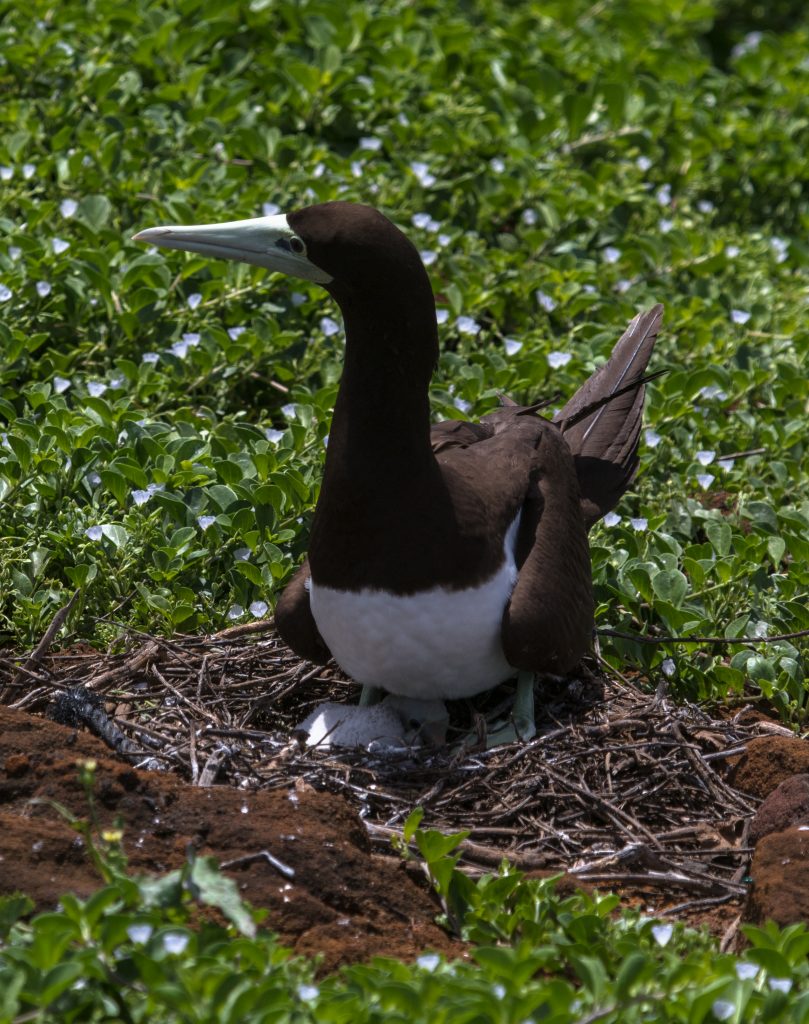 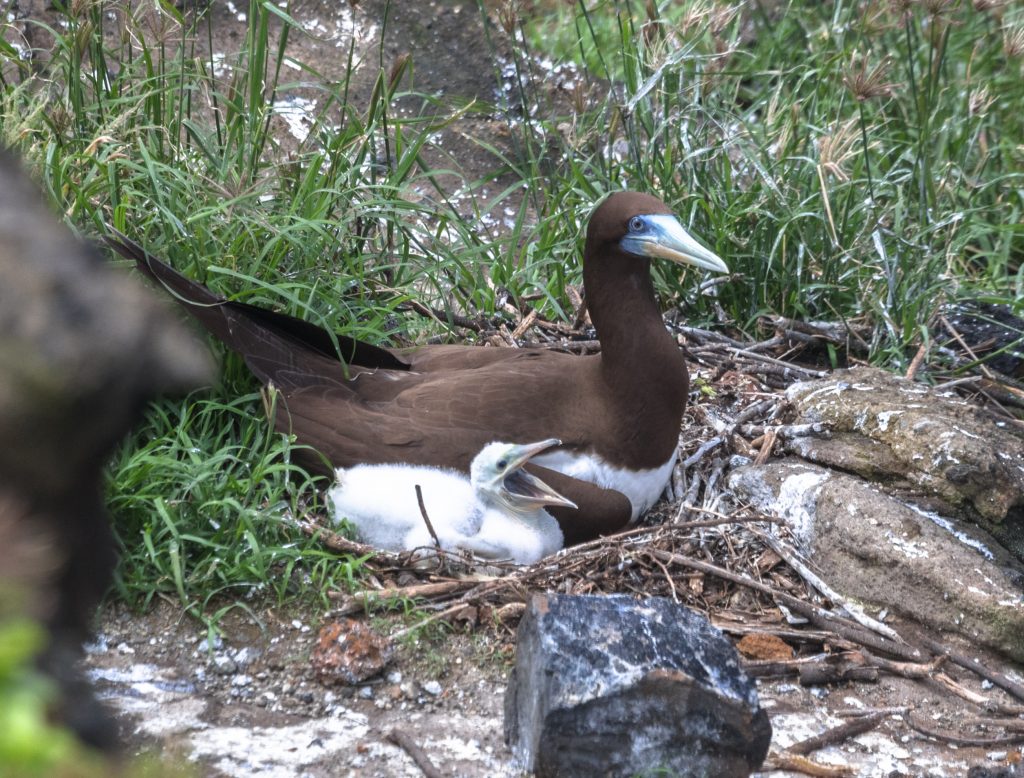 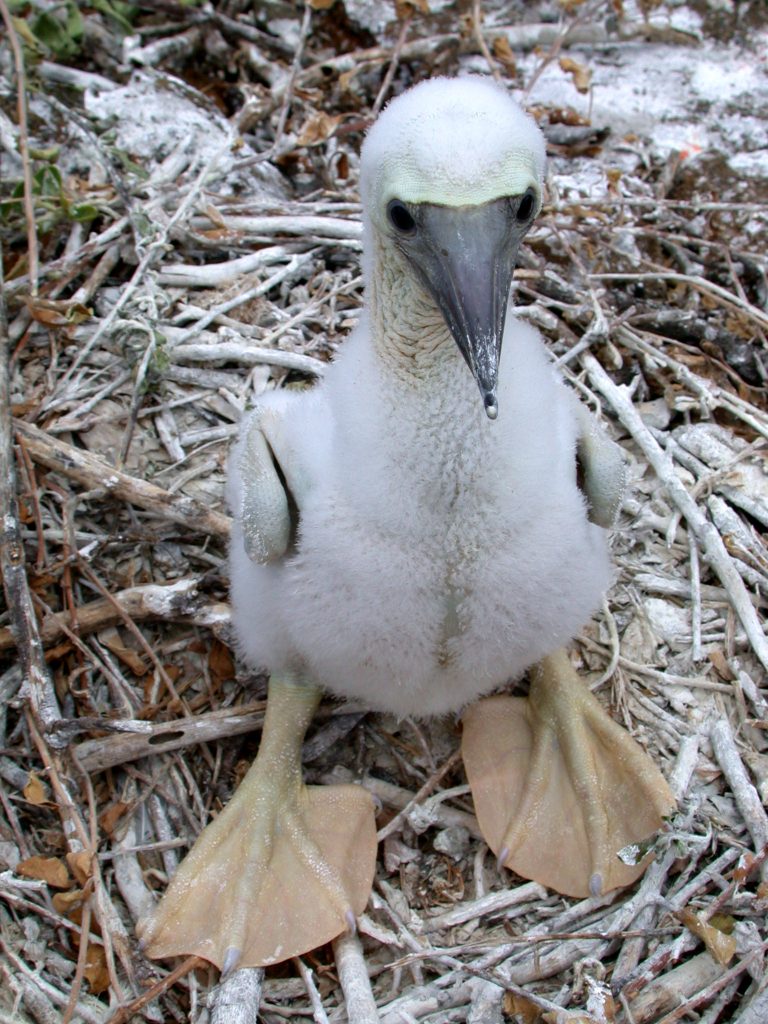