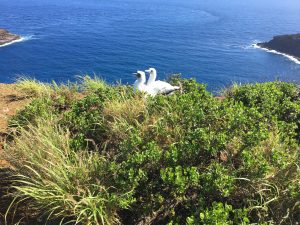 The ‘ā or red-footed booby is the smallest booby (Family: Sulidae), and like its Hawaiian relative, they live in tropical regions of both hemispheres. Three ‘ā (red-footed booby) subspecies are recognized, and one (S. s. rubripes) is resident in Hawai‘i. Individuals have long pointed wings and a relatively long, wedge-shaped tail. Several color phases exist, ranging from all brown to all white; almost all Hawaiian birds are white. Adult male and females are overall white, except for brownish black primary and secondary wing feathers; females are larger than males. Feet and legs orange to red, bill bluish except for base of lower mandible which is pinkish, and facial skin around bill ranges from pink to red and blue. Flight is characterized by strong flapping intercalated with gliding; may glide for long distances. ‘Ā (red-footed booby) forage alone or in hunting parties made of several species, generally feeding further from land than its other relatives. ‘Ā (red-footed booby) capture prey by plunge-diving generally from four to eight meters (13 – 26 feet) over the water. In Hawai‘i, diet is mainly comprised of flyingfish and squid, but also includes mackerel scads, saury, and anchovies. ‘Ā (red-footed booby) breed in colonies ranging from ten to ten thousand pairs and pairs generally retain mates throughout several breeding seasons. Unlike other boobies, ‘ā (red-footed booby) roost and build nests in shrubs or trees. In Hawai‘i, breeding season is synchronized, but can occur throughout the year. Egg laying peaks in February through April and most young have fledged by September. Both parents incubate egg, and brood and feed chick. Adults continue to feed young up to four months after learning how to fly. Birds first breed at three to four years of age and the oldest known individual was 22 years old.

‘Ā (red-footed booby) breed throughout the NWHI and at a limited number of sites on MHI including Kīlauea Point National Wildlife Refuge on Kaua‘i, the cliffs of Ulupa‘u Head at the Kāne‘ohe Bay Marine Corps Base on O‘ahu, and on offshore islets including Moku Manu and Lehua. Outside of Hawai‘i, ‘ā (red-footed booby) breed on islands in the tropical waters of the Pacific, Indian, and Atlantic oceans, Caribbean Sea, and seas north of Australia. Little is known about the movements of the ‘ā (red-footed booby) outside nesting season, but birds in Hawai‘i appear to disperse eastward and move between islands. 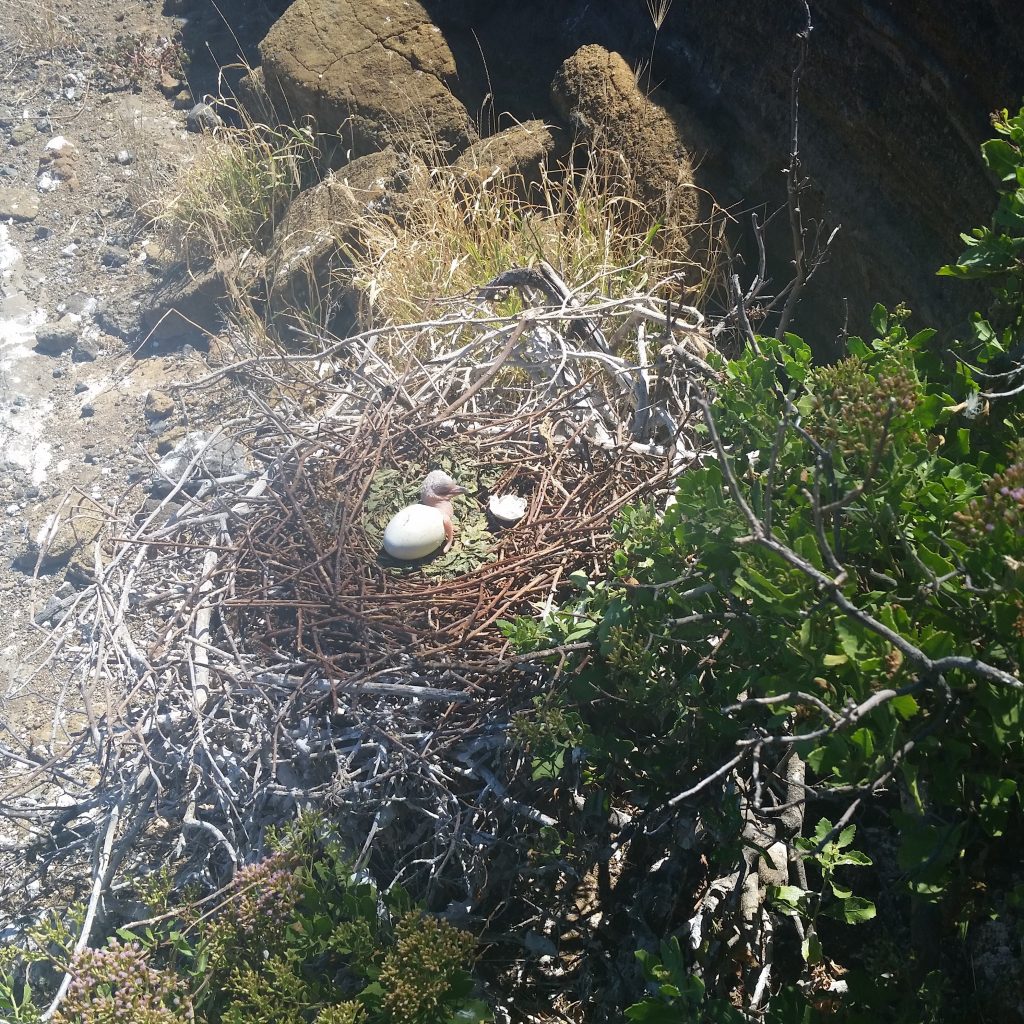 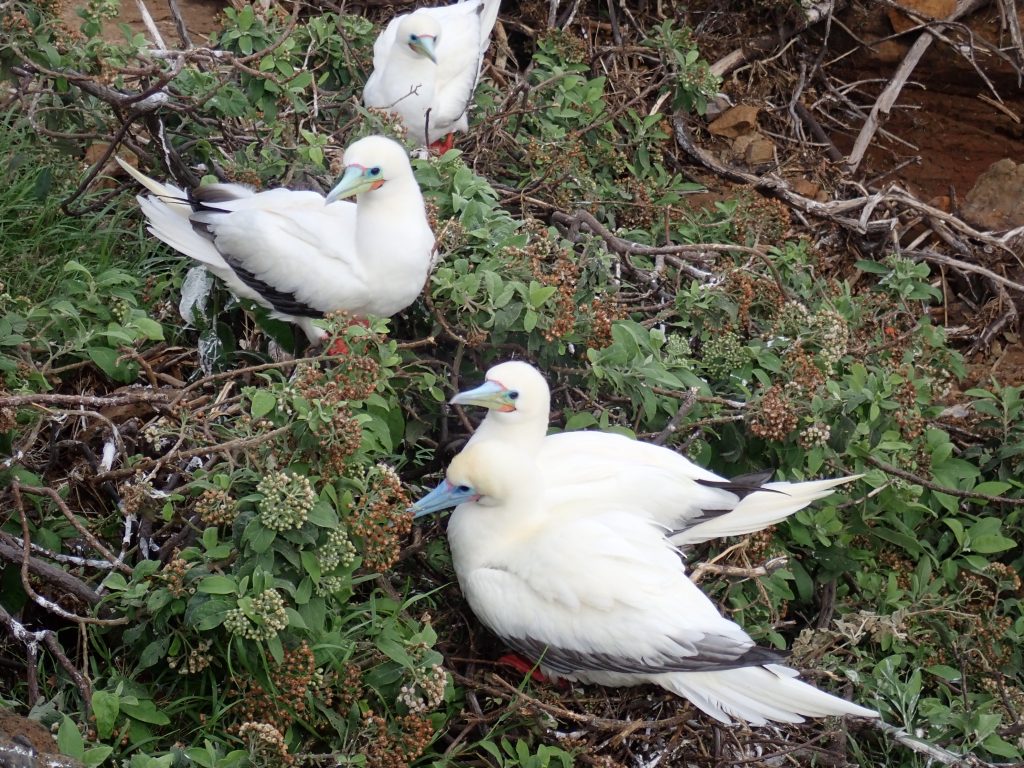 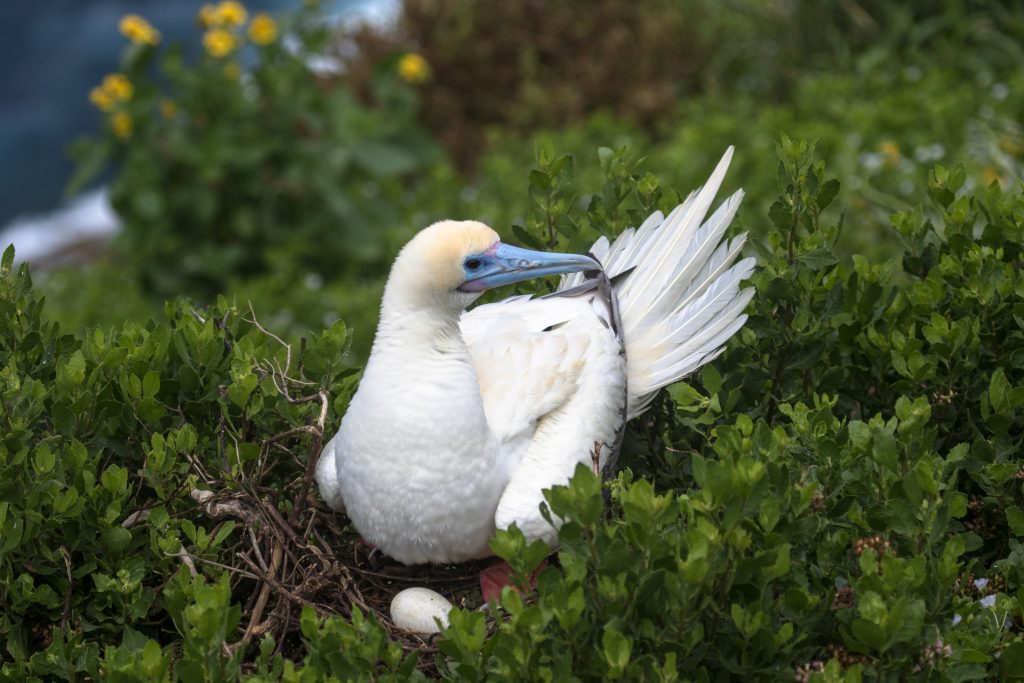 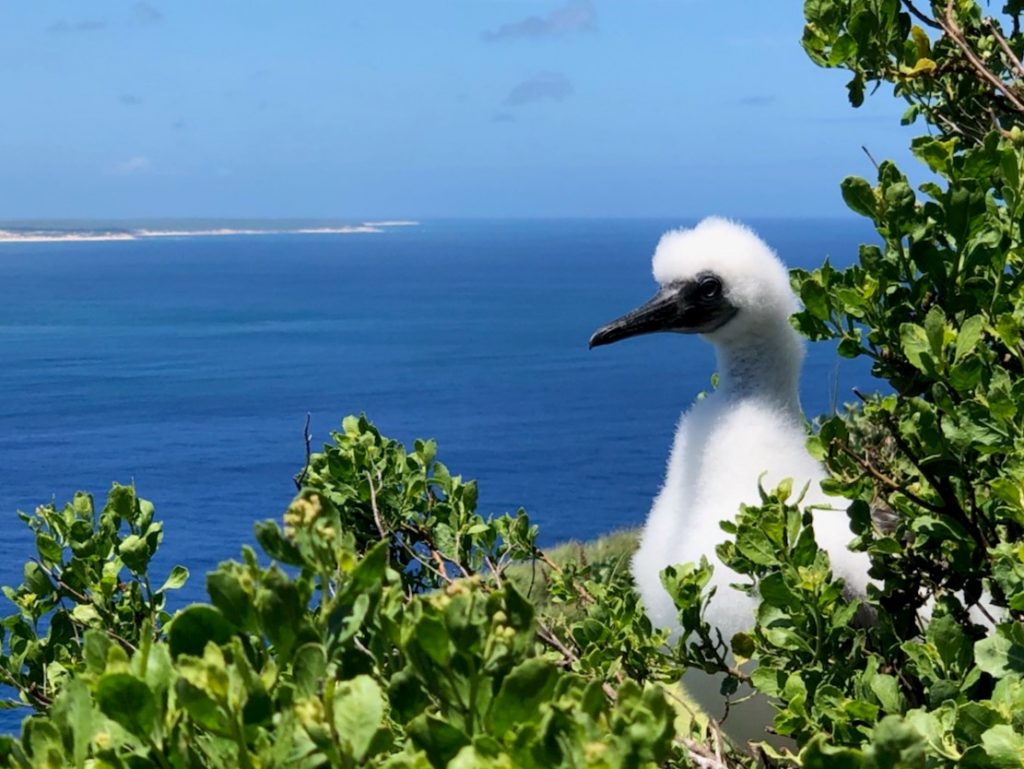 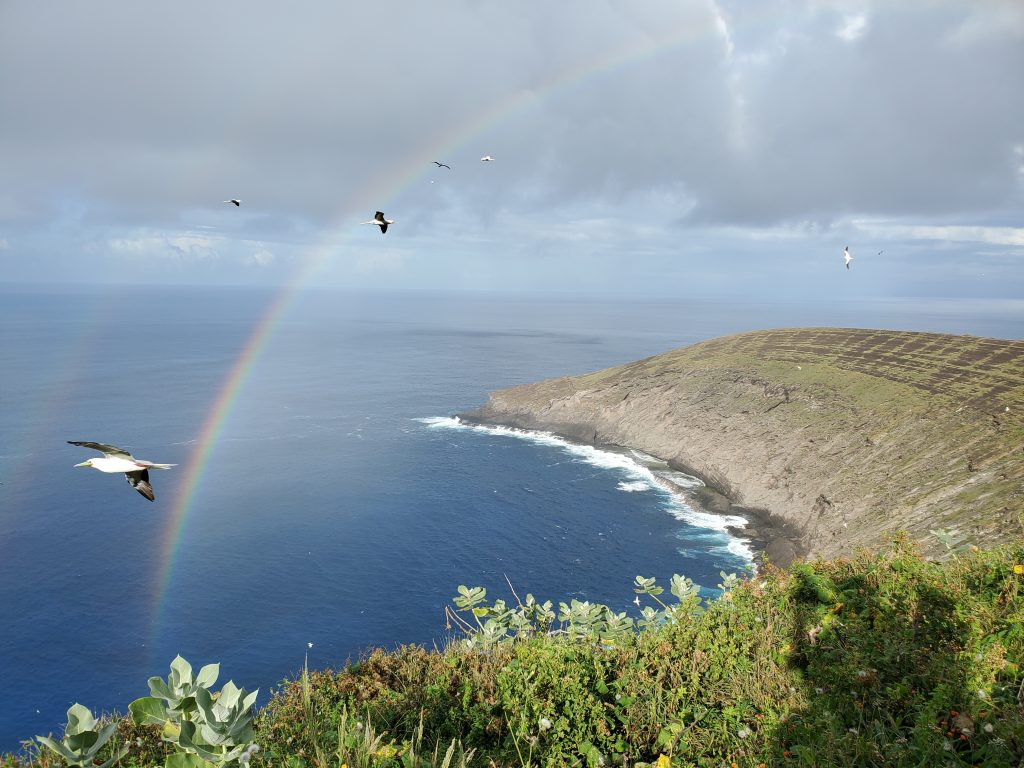