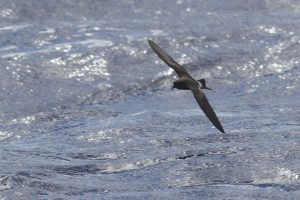 The ‘akē‘akē or band-rumped storm-petrel is a medium sized, highly pelagic storm-petrel (Family: Hydrobatidae), and is the smallest and rarest seabird that breeds in Hawai‘i. Adults are primarily blackish-brown and have a sharply defined narrow white band across rump area. Flight is characterized by shallow wing beats and long glides just over the surface of the ocean. Foraging alone or with others of its same species, ‘akē‘akē feed while sitting on the water or by dipping prey while flapping just above the ocean surface, often pattering water with feet. There is no diet information from Hawai‘i, but elsewhere diet primarily consists of small fish, squid, and some crustaceans. Breeding biology in Hawai‘i is poorly known, but these birds are known to nest in burrows or natural cavities in a variety of high-elevation, inland habitats. As with most seabirds, a single egg is laid per season. In Hawai‘i, eggs are laid between May and June, and young birds start learning how to fly in October. ‘Akē‘akē likely do not breed until they are three to seven years old, and likely live for 15 to 20 years.

Historically, was abundant and widespread throughout Main Hawaiian Islands (MHI). Nesting colonies occur on Kaua‘i at elevations around 600 meters (1,950 feet), on Maui (in Haleakalā National Park) and the island of Hawai‘i (in Hawai‘i Volcanoes National Park) at elevations greater than 1,200 meters (3,900 feet), and on Lehua. Outside of Hawai‘i, the species nests in Japan and on the Galapagos, and on several islands in the Atlantic. At sea, they occur in the Pacific and Atlantic oceans.

Breeds in a variety of remote, high elevation, inland habitats. On Kaua‘i, colonies are in steep valleys vegetated with shrubs and grasses. On Maui and the island of Hawai‘i, colonies occur on high, barren lava flows. Nesting in burrows or crevices in rock or lava has also been documented using artificial nest boxes.

Due to its very small population size in the Hawaiian Islands, the ‘akē‘akē is susceptible to stochastic, genetic, environmental, and demographic events that could lead to extirpation. Important threats to the species include 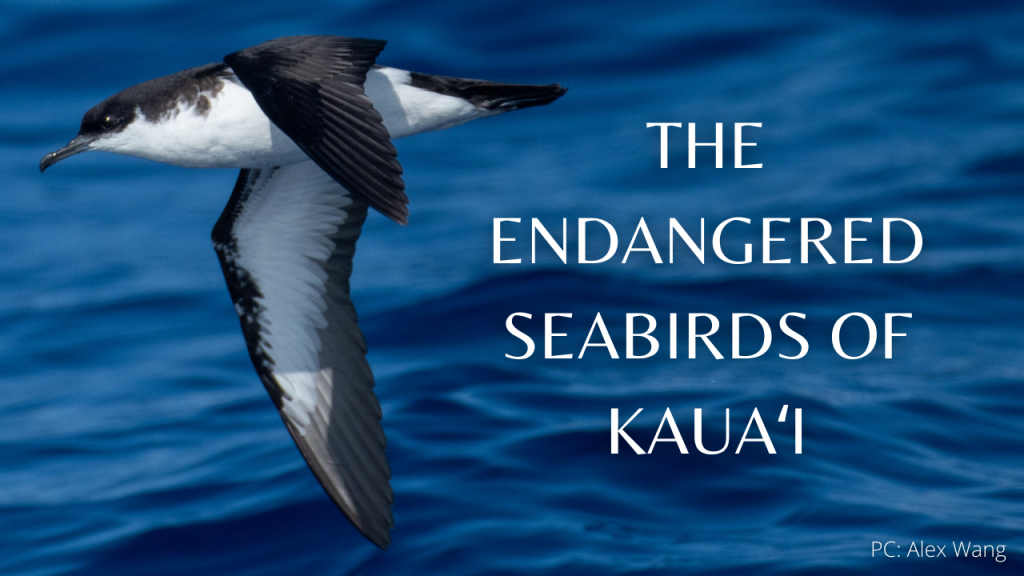 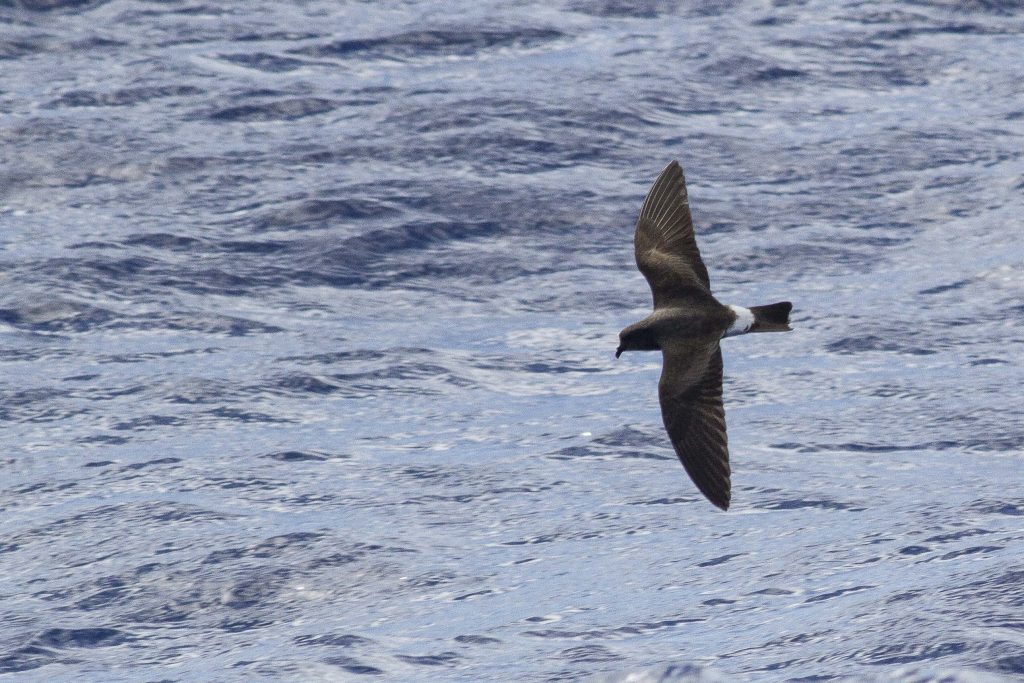 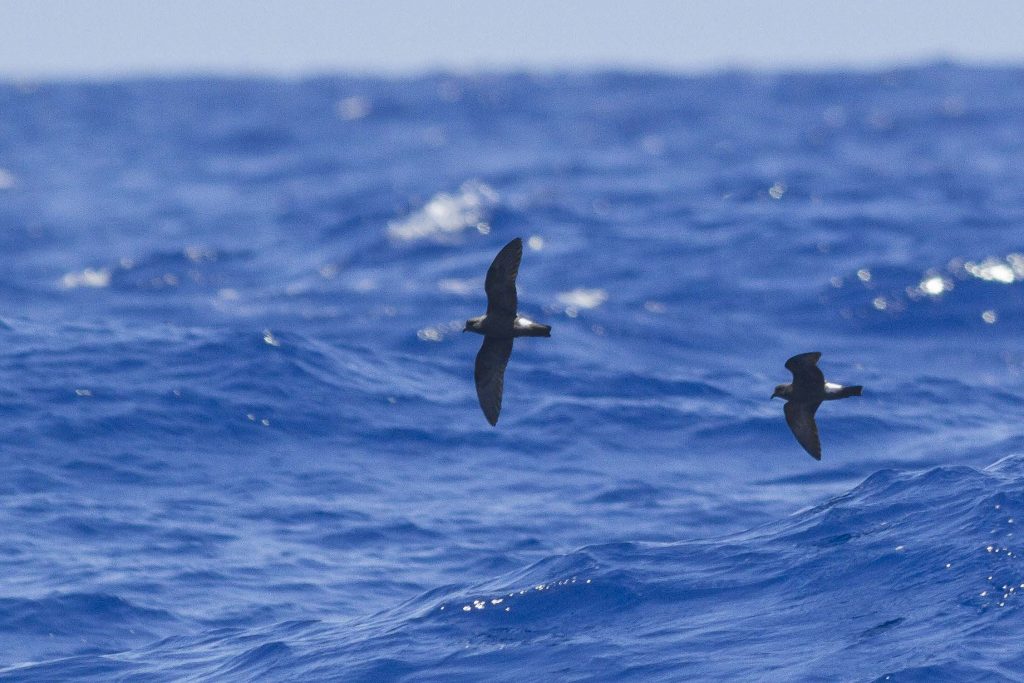 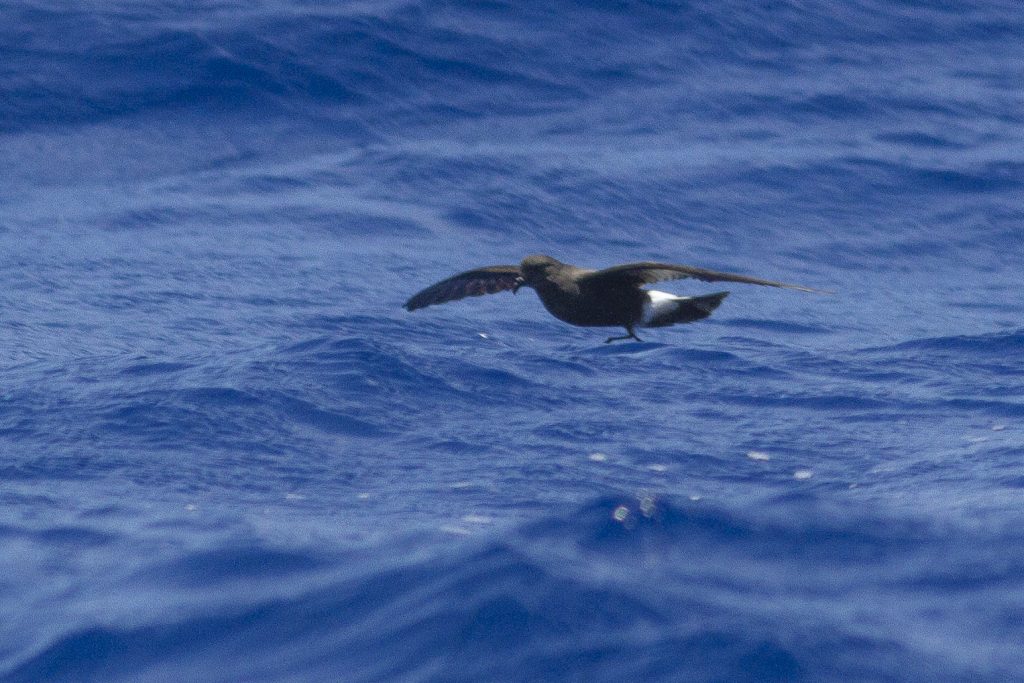 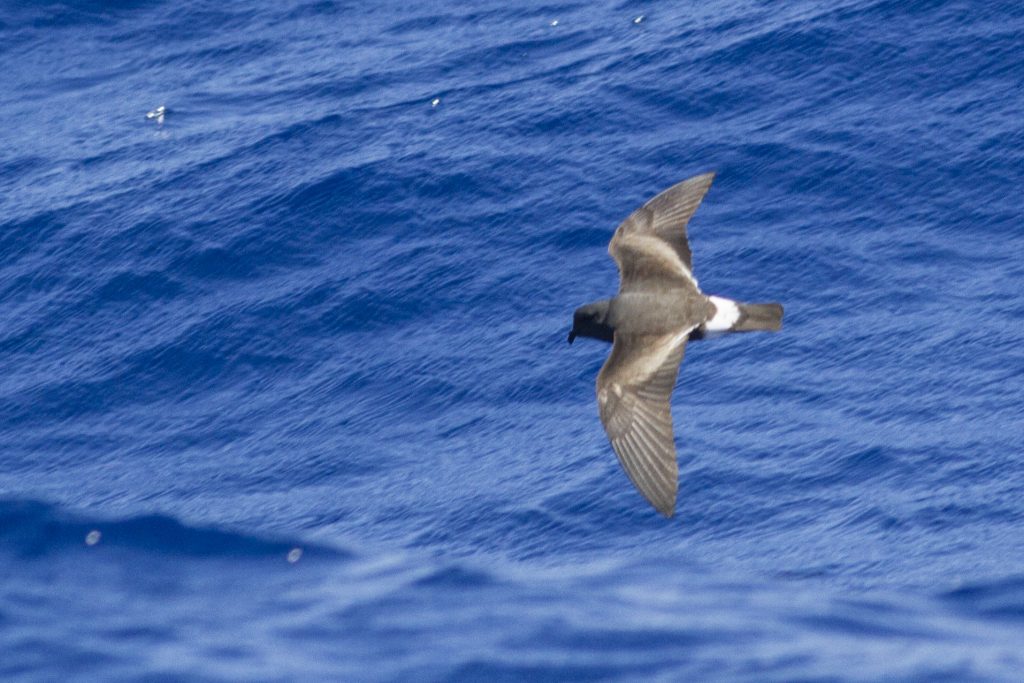