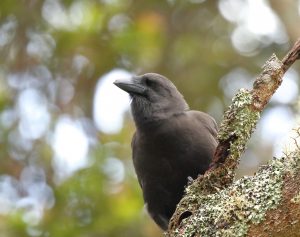 Historically at least five crow species (Family: Corvidae) occurred in Hawai‘i, only the ‘alalā, or Hawaiian crow survives. Like other crows, ‘alalā are loud and sociable. ʻAlalā are the largest surviving endemic Hawaiian forest bird. They weigh about 1 pound and are over 1.5 feet long from bill to tail. They make incredible human-like cries, screams, and moans to communicate with each other. ‘Alalā have a life span of 20 or more years in a captive setting. In the wild, the oldest documented bird was 18 years old. The diet primarily consists of native and introduced fruits, invertebrates, and eggs and nestlings of other forest birds. Their diet can also contain nectar, flowers and carrion. ʻAlalā are ecologically important as a seed disperser for many native plant species. Historically, seasonal movements in response to weather, breeding season, and availability of food plants (e.g., ‘ie‘ie [Freycinetia arborea]) have been noted. ʻAlalā are a highly social and intelligent species. They occur primarily in pairs or family units and have been known to form lifelong social bonds with each other. They develop a social hierarchy at a young age (approximately 1 year).  Nests are predominantly constructed in ‘ōhi‘a (Metrosideros polymorpha) trees. Both the female and male participate in nest construction, although only females incubate eggs and brood young. Clutch size ranges from two to five eggs, but usually, only one or two nestlings fledge. Fledglings typically do not fly well and can remain near the ground for periods of time, which can increase their susceptibility to disease (i.e., toxoplasmosis) and predation. Juveniles depend on their parents for at least eight months and remain with their family group until the following breeding season. Large flocks, characteristic of American crows (C. brachyrhynchos) have not been reported, but there are historical reports of small local flocks after the breeding season.

Due to a variety of threats in the wild, these birds are considered extinct in the wild and can currently only found within a conservation breeding program or at the Panaʻewa Zoo. There are over 100 birds within the population (UH PCSU, 2021). Release efforts were conducted from 2016-2019 in the Puʻu Makaʻala Natural Area Reserve on Hawaiʻi Island. Historically occurred in high- and low-elevation forests of the western and southeastern regions of the island of Hawai‘i.

Historically, ‘alalā occupied dry and seasonally wet ‘ōhi‘a and ‘ōhi‘a/koa (Acacia koa) forests between 300 and 2,500 meters (1,000 – 8,200 feet) elevation. Because the last wild individuals were confined to a small subset of the species’ former range, specific knowledge of key habitat requirements is unknown. Currently, all potential habitat is degraded. The presence of non-native mammalian predators and birds, which can act as disease reservoirs, further reduces habitat quality. Core areas of the species’ former range are now managed by the State of Hawai‘i and the U.S. Fish and Wildlife Service.

Alalā are likely susceptible to the same factors that threaten other native Hawaiian forest birds, including: loss and degradation of habitat, predation by introduced mammals, and  introduced disease. For ‘alalā populations, the following are of particular concern: 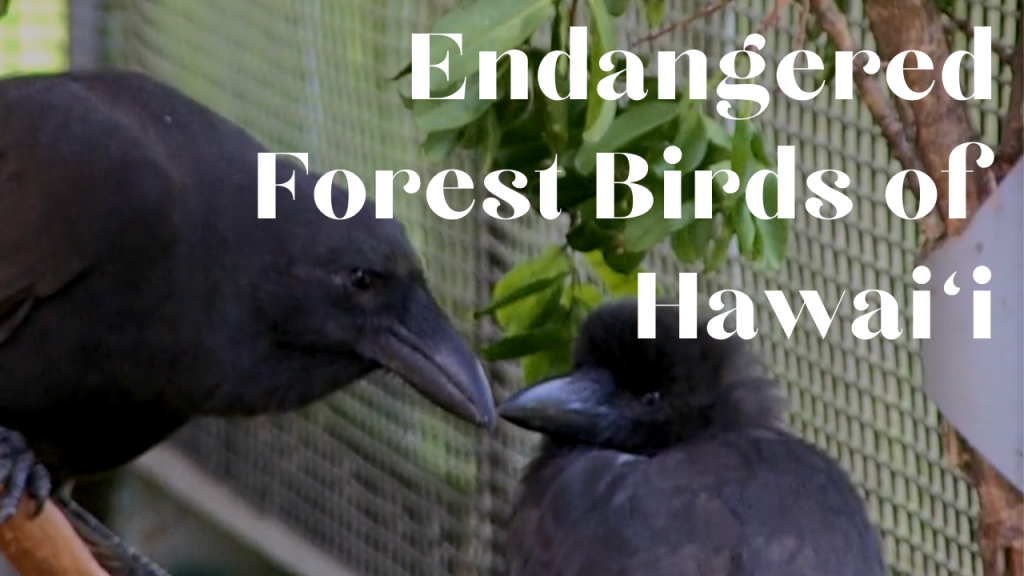 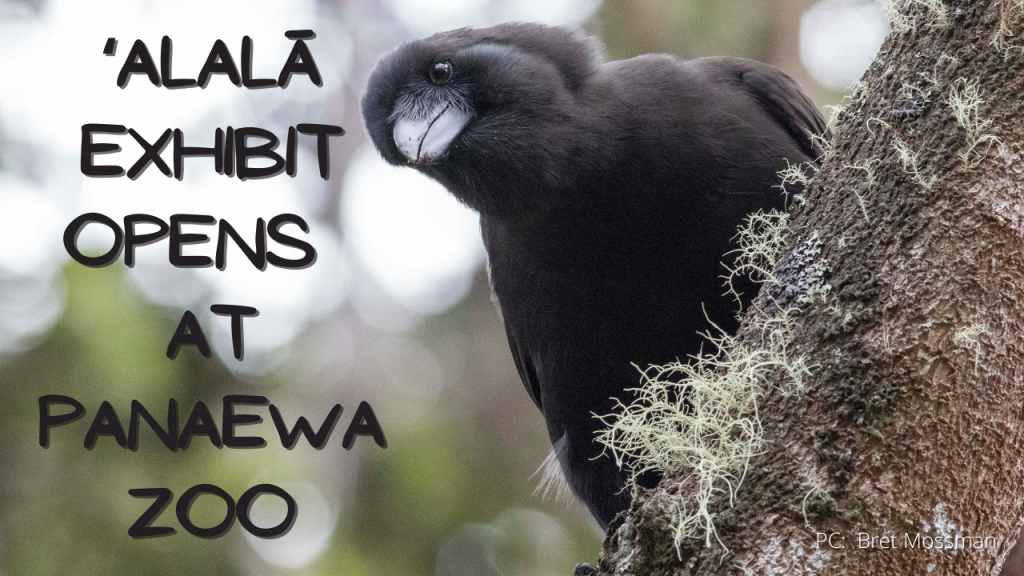 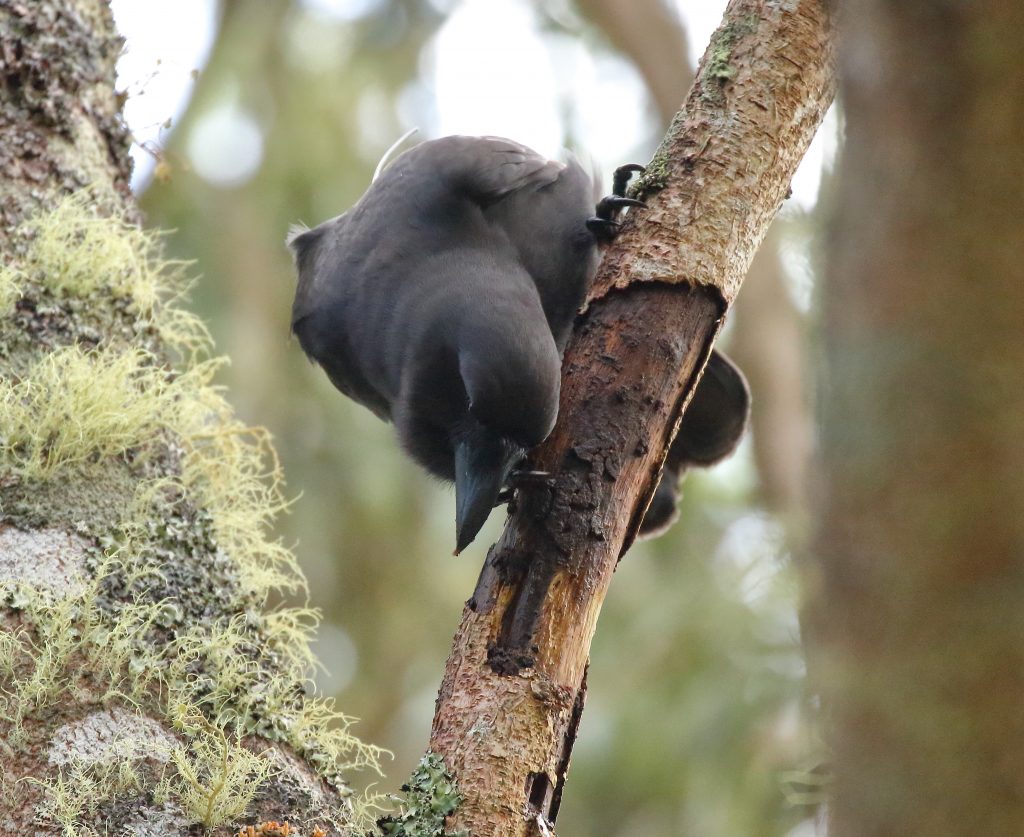 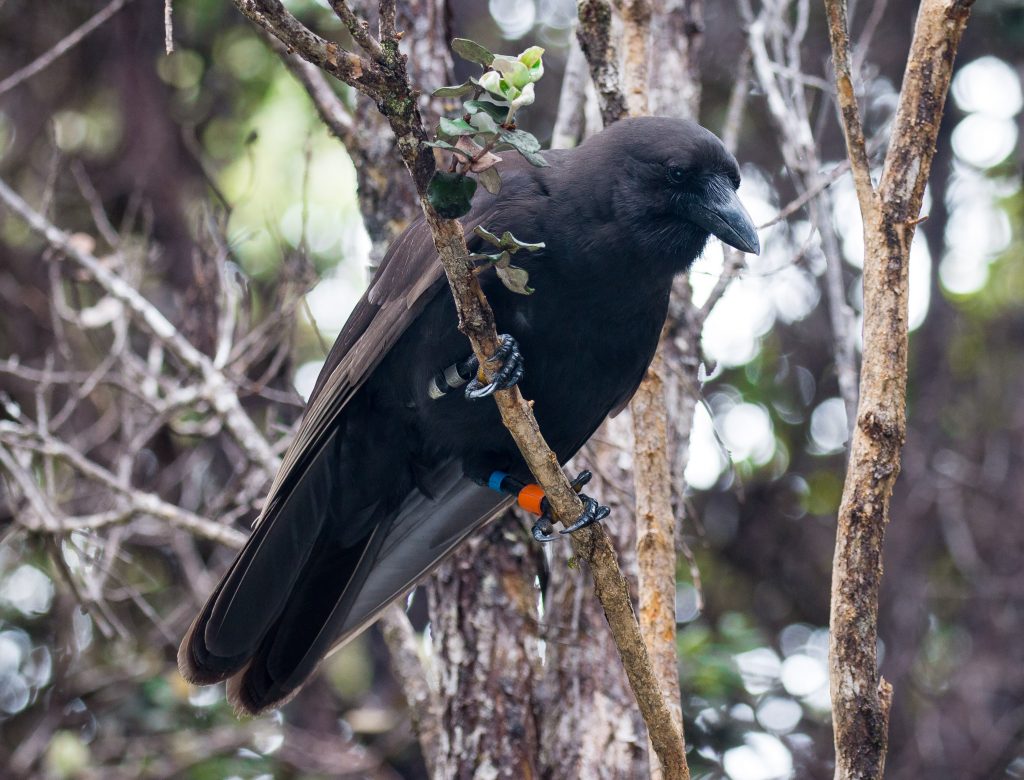 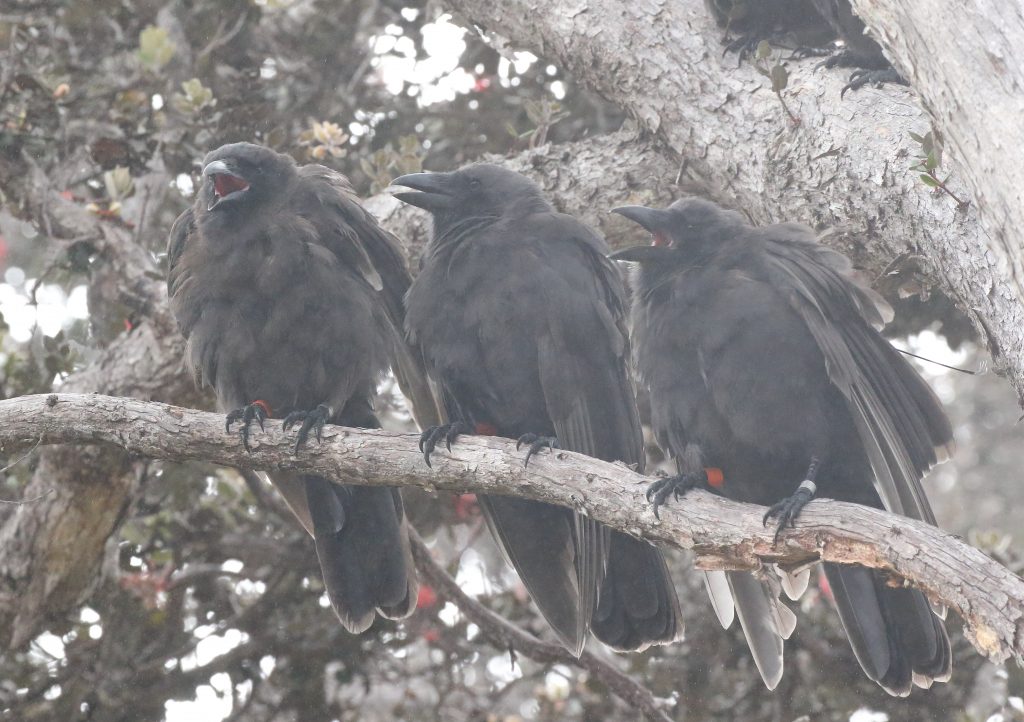 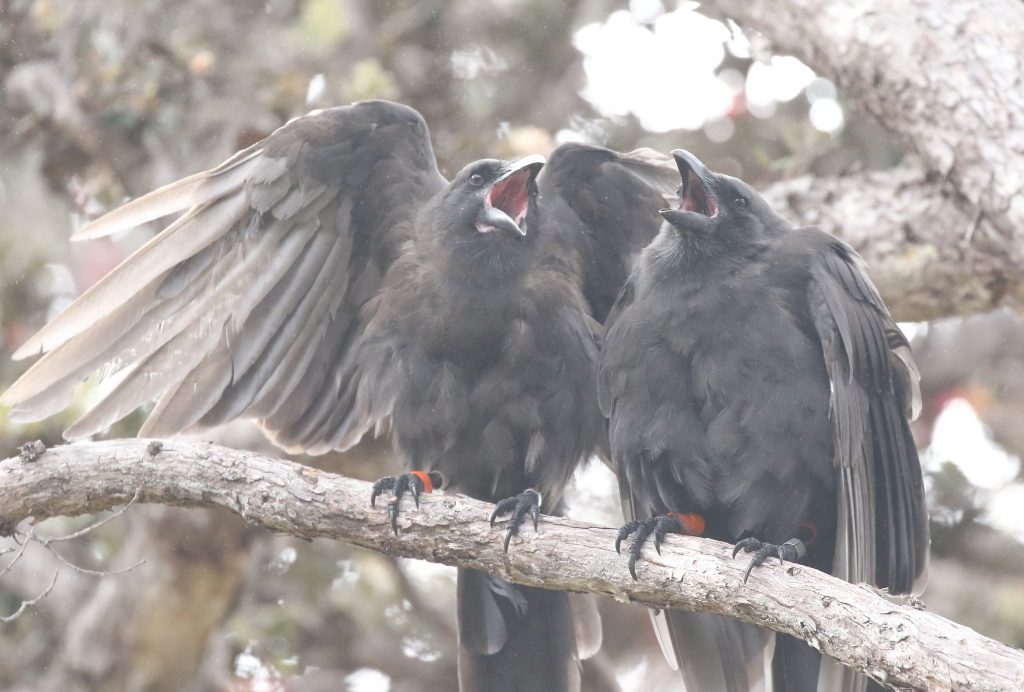