The ‘ewa‘ewa or sooty tern is an abundant and gregarious tern (Family: Laridae) that lives in the tropical regions of both hemispheres, and is able to remain on the wing for years. Eight ‘ewa‘ewa (sooty tern) subspecies are recognized, and one (S. f. oahuensis) breeds in Hawai‘i. Individuals have long, slender wings and a deeply forked tail. Adult males and females are blackish above, except for white forehead and white on the edges of the outer most tail feathers, and entirely white below. The sharp bill, legs, and feet are black. Flight is characterized by powerful flapping, gliding and soaring, capable of long distance migration and breeding adults remain aloft between breeding seasons. Generally forages in hunting groups made of several species, typically feeding over schools of predatory fishes, especially yellowfin tuna (Neothunnus macropterus) and skipjack tuna (Katsuwonus pelamis). ‘Ewa‘ewa (sooty tern) feed primarily by seizing prey from the water or air while on the wing, infrequently by shallow dives; species’ plumage has poor waterproofing and easily becomes waterlogged. In Hawai‘i, ‘ewa‘ewa (sooty tern) diet consists of squid, goatfish, flyingfish, and mackerel scad. Nests in large, dense colonies consisting of thousands to a million pairs of terns. Individuals return to natal colony to breed, some long-term pair bonds have been documented, and breeders prefer to return to previous nest locations. Nests are shallow scrapes often lined with bits of shell or vegetation. Timing of breeding varies among years and locations, even within Hawai‘i, but generally eggs are laid beginning of February and most birds fledge by July. Both parents incubate single egg and brood and feed chick. Parents continue feeding young for two weeks after learning how to fly and young remain aloft until they return to breed. Birds first breed between four and ten years of age and the oldest known individual was 32 years old. 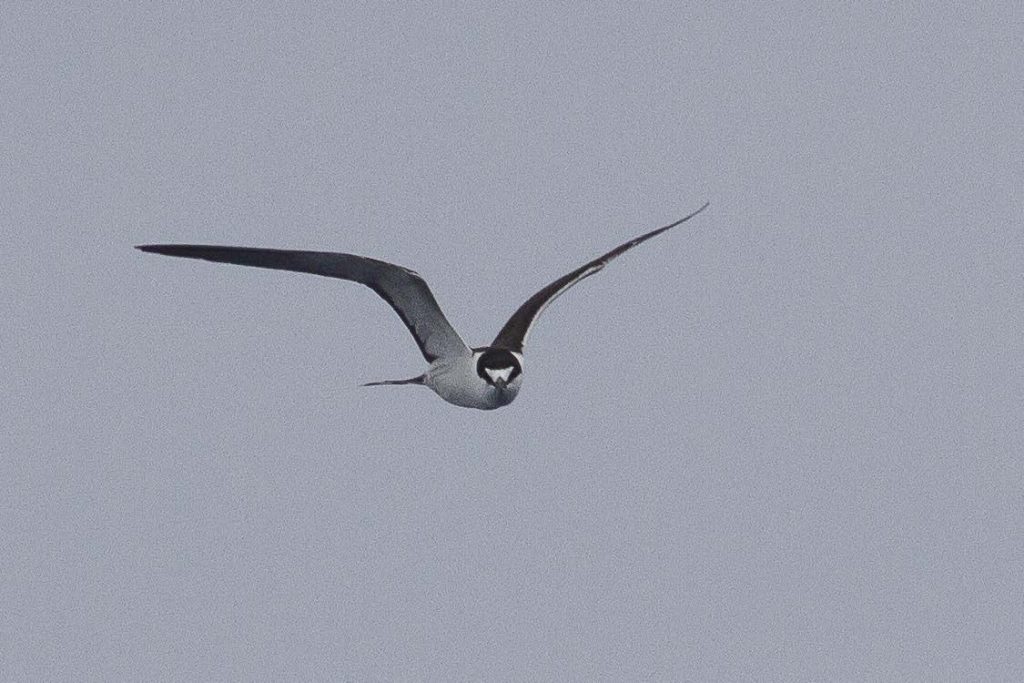