Blackburn’s sphinx moth (Manduca blackburni) is one of Hawai‘i’s largest native insects, and is a federally listed endangered species. Manduca blackburni larvae feed on plants in the nightshade family (Solanaceae). The native larval host species, ‘aiea, (Nothocestrum spp.) is in decline throughout the State. Manduca blackburni has host-shifted to tree tobacco (Nicotiana glauca), an invasive plant, that is spreading across dry, arid landscapes. Once thought extinct, M. blackburni larvae have been found to be locally abundant on N. glauca. A Habitat Conservation Plan is being developed in North Kona to assess and mitigate for potential take of Blackburn’s sphinx moth due to clearing of roadways and fuel breaks. In order to determine potential adverse impacts to M. blackburni, and to maximize avoidance of take, we initiated surveys for eggs and larvae and documented host plant use to estimate density and distribution of M. blackburni in the Plan area. To date, 54 survey transects (14 in 2010, 40 in 2011) have been completed. Data will be analyzed to examine how host plant size, leaf density, location, and the presence of predators and/or parasitoids affect the distribution of M. blackburni. These data will inform the development of mitigation efforts for M. blackburniin Pu’u Wa’awa’a and Pu’u Anahulu, and survey methodology may be applied elsewhere in the State to assess population densities and potentially evaluate the status of this species. 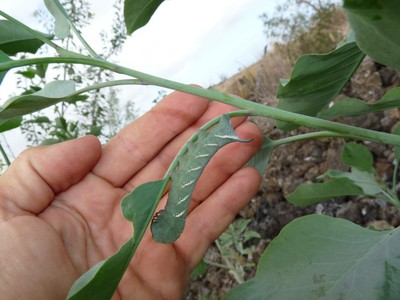 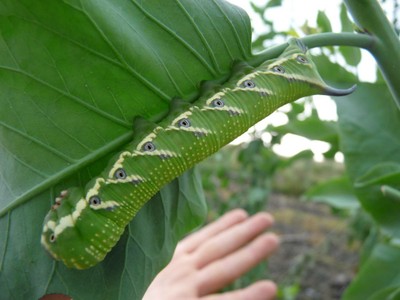 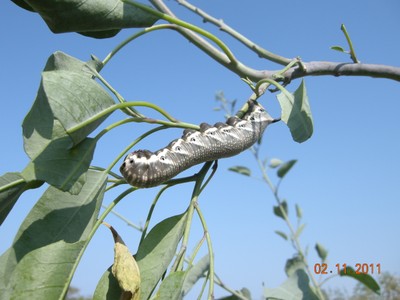 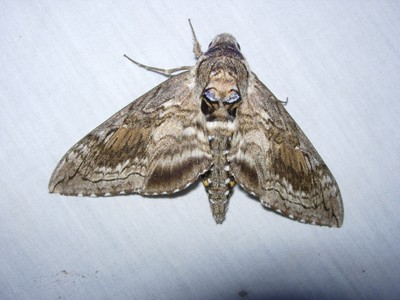