A’ali’i is indigenous to Hawaii and is one of the few native Hawaiian plants that can endure fires. Seeds of this tree will survive and grow to the burned area, making it a pioneer plant. A’ali’i are early colonizers of lava flows. Early Hawaiians used this plant for medicinal purposes while the colorful seed capsules were used in lei. The black heartwood of this tree was traditionally used for to craft canoes, weapons agricultural tools, and houses. Its circumference is 81 cm (32 in). Its height ranged from 0.3 m (1 ft) to 11 m (38 ft).

A’ali’i is found on all the Hawaiian islands islands including Ni’ihau and Kaho’olawe.

In Hawai’i, this tree can be found growing in sunny open areas in low to high elevations. It can be found in almost every habitat ranging from almost sea level to 2286 m (7500 ft). It is often found in open locations like ridges and is an early colonizer of lava fields and pastures (Rauch, 1997; Wagner, 1990). 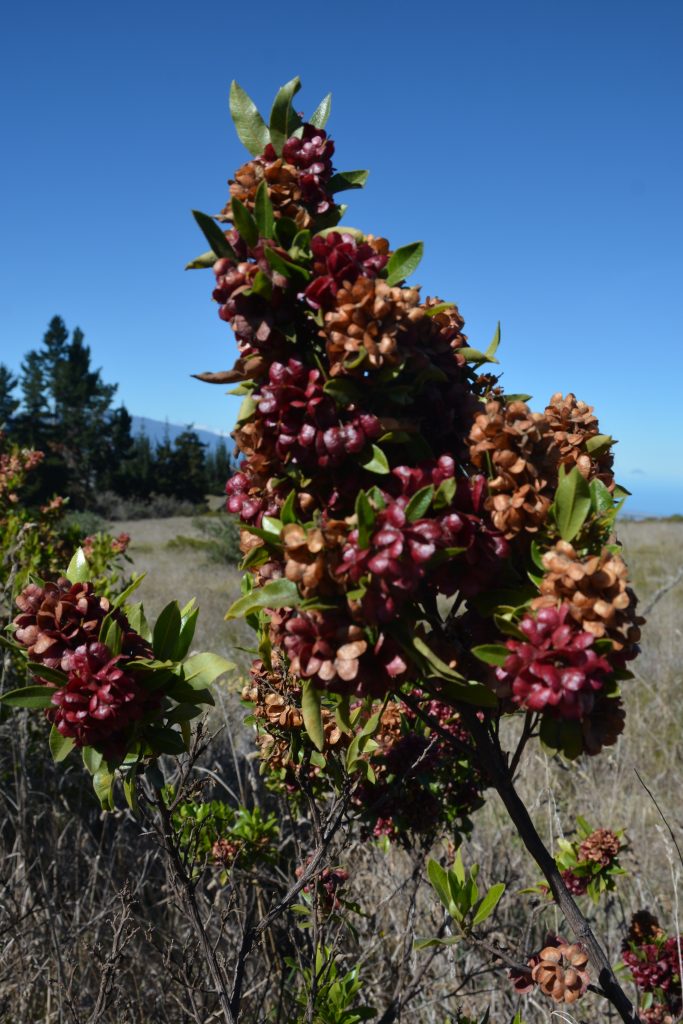